Even before the Burroughs High baseball team faced Arcadia on Tuesday, they knew a difficult task was at hand.

The Apaches are the No. 1-ranked team in the CIF Southern Section Division III and are ranked No. 7 in the state and No. 61st nationally according to the website maxpreps.com.

After falling behind by three runs, the Indians rallied and evened it in the fifth inning, but didn’t have enough over the final two stanzas and were defeated 8-4 in a Pacific League game at Tomahawk Field.

“The kids want to do well,” Burroughs coach Craig Sherwood said. “It’s not like we did anything wrong, but they [Arcadia] did a lot of things right.” 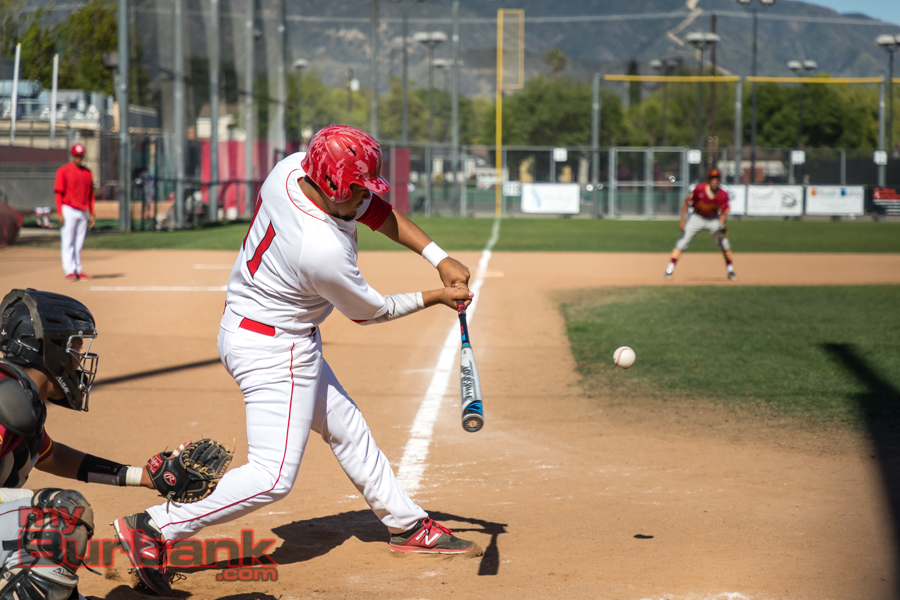 Senior Nathan Palafox is one of the leaders for the Indians, who fell to Arcadia, 8-4. Photo By: Edward Tovmassian

Sherwood said that perhaps the players may be trying too hard.

“Can you put yourself in a relaxed atmosphere mentally and rely upon the coaching and your talent to execute? If you get caught up in the moment, you’re not likely to succeed usually,” he noted. “You have to play the game at your pace. At your intensity. Your ability to succeed.”

Burroughs (10-10 and 4-3 in league) sliced Arcadia’s lead to 3-1 with a run in the fourth as senior Andrew Jacob Barrera clubbed a double off the fence in left field that scored junior Jesse Rodriguez, who reached on a force out.

In the bottom of the fifth, senior Matthew Diaz led off and was safe on an error. After senior Nathan Palafox popped up to first base, junior Collin Johnson found a pitch he liked off senior Caden Ross and drove it over the fence in right field for a two-run homer that evened it at 3-3.

“Coach put me down in the lineup so I could see more fastballs,” said Johnson, the designated hitter, who batted in the No. 9 hole. “I’ve been told that their pitching’s pretty good. My approach to every at-bat is to take a good at-bat and help my team to the best of my ability. Get on base. Get a walk. Get a hit. Maybe move a runner over.”

Johnson went on: “I kind of describe it as like emotional in a sense,” he pointed out. “Today was good. We fought. If we have that fight in us the whole game, we’ll fight the whole game. When I hit that home run, it was electric in the dugout.” 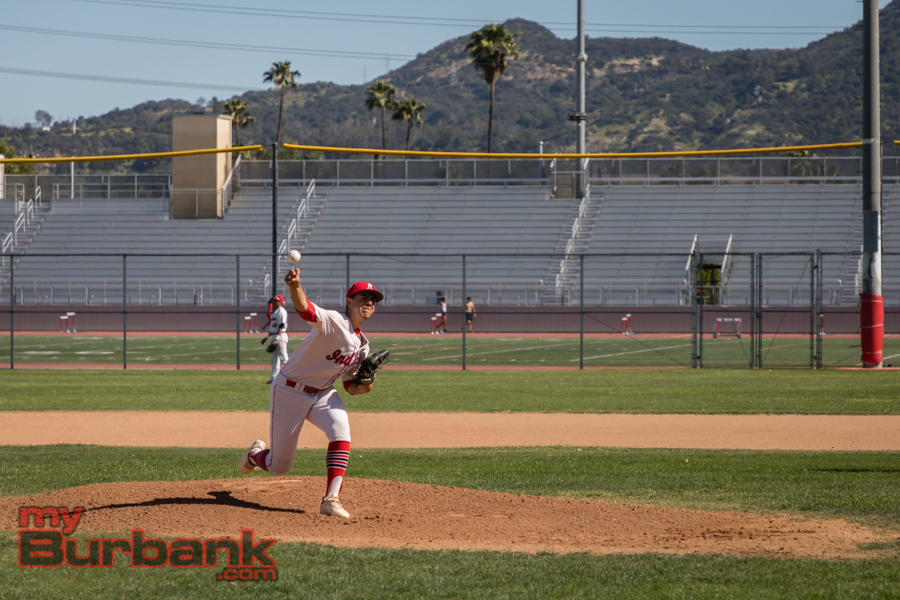 Junior hurler Julian Jaramillo pitched well despite being on the losing end. Photo By: Edward Tovmassian

Junior Jacob Morales went two innings, striking out one with one hit allowed for the Apaches.

The Indians scored once more in the sixth inning when junior Julian Jaramillo led off with a single up the middle.

Rodriguez followed with a single to center field that moved Jaramillo to third base and Barrera’s sacrifice fly reduced Arcadia’s advantage to 7-4.

The Apaches (17-0 and 7-0 in league) jumped ahead 1-0 in the first inning off Jaramillo when sophomore Dustin Allen was safe on a force out.

“Before the game I was trying to stay within myself, focus, pound the zone,” said Jaramillo, who singled twice. “As the game was going on, I was feeling more confident. In the first inning I was a little nervous, but I was ready.” 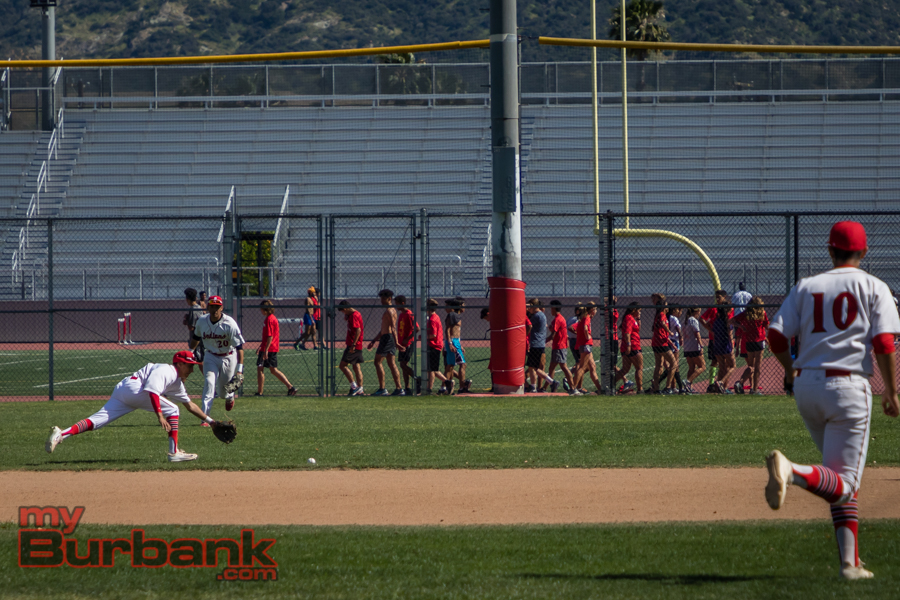 The Indians’ defense committed two errors against the Apaches. Photo By: Edward Tovmassian

In the fourth inning, Arcadia’s lead became 3-0 as six batters came to the plate.

The only hit was a two-run single to right field by senior Chase Pedersen, who brought in junior Dominick Tello, who reached on an error and senior Tim Van kirk, who walked.

Arcadia put the contest out of reach with a four-run sixth inning as eight trotted to the dish.

Tello’s run-scoring double to left center drove in senior Arturo Felix, who came in as a pinch runner for Santa Anna, who walked.

Junior Xavier Dubon toiled two-thirds of an inning and surrendered three hits for the Indians, junior Nathan Metz worked one-third of an inning and gave up one hit and senior Joe Metcalf went one inning.