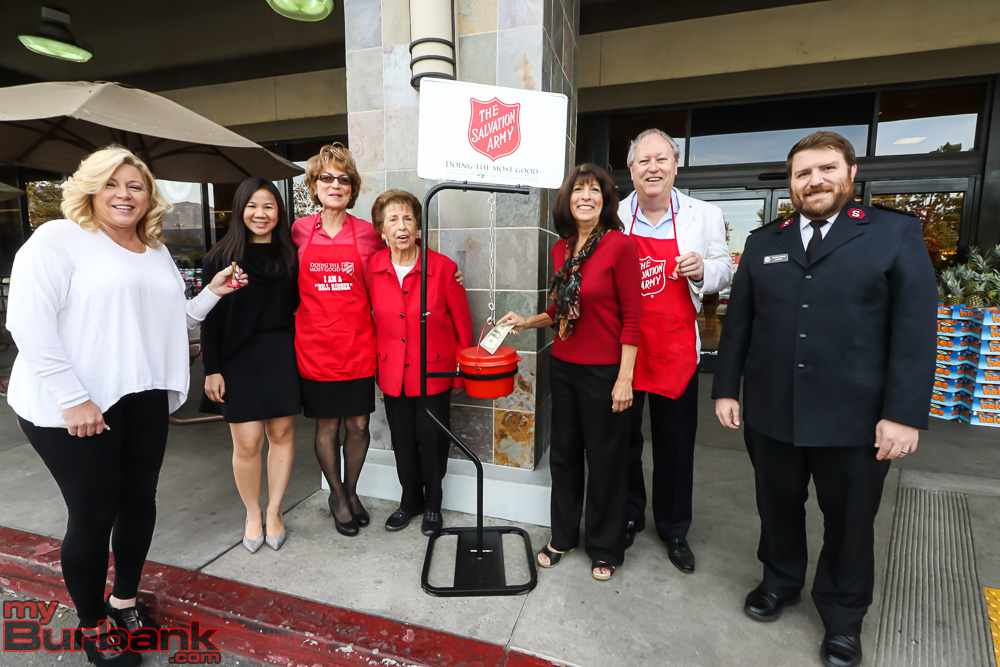 On November 20, the Salvation Army’s Burbank Corps continued their annual Christmas fundraiser known as the “Red Kettle Campaign,” which raises money for the poor and homeless, among others who are often neglected during the holiday season.

Red kettles have been placed in 13 locations throughout Burbank to collect donations until Christmas Eve when funds will be distributed. The kettles can be found outside all four Ralph’s, Vons on Pass Ave., Pavilions, Hobby Lobby, Handy Market, and inside the parking lot of Macy’s.

“The economy has made it a rough year for many families, and we’ve seen it firsthand in the numbers of people coming to us for help,” said Lt. Jeremy Baker. 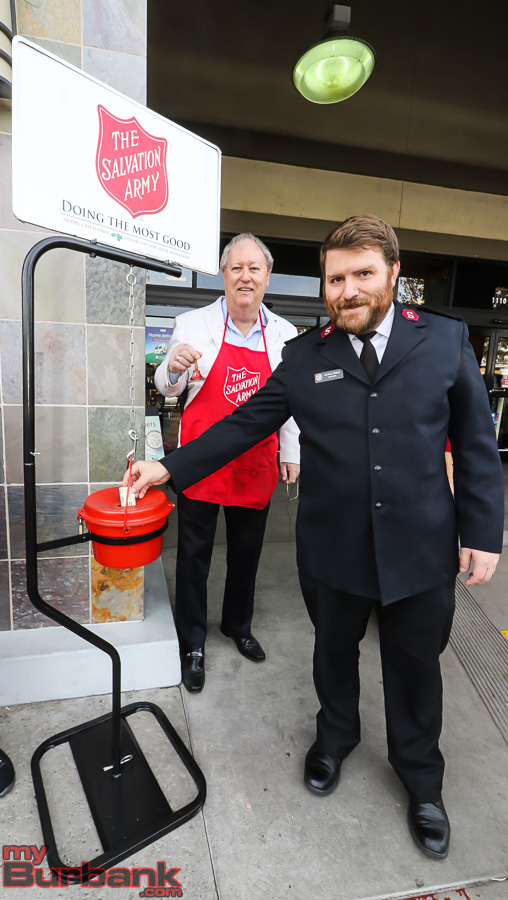 “It’s especially hard during the holiday season, with people losing their jobs, their homes and not knowing how they will provide for their families. That’s when The Salvation Army steps in to help. But to keep pace with the need, we must rely on generous people in our community to open their hearts with a donation to help their struggling neighbors.”

This year, the Red Kettle Campaign is centered around the theme, “I’ll Fight for Good,” highlighting the individual effort that goes into positively impacting the community.

The Salvation Army’s Burbank Corps anticipates raising $70,000 which will fund local programs and services, such as Thanksgiving and Christmas dinners for those who won’t be able to celebrate on their own. Other donations will fund the Burbank Corps’ after-school program which engages with local youth.

A press release from the Salvation Army suggests that those who are interested in volunteering this holiday season should visit burbank.salvationarmy.org or contact Lt. Brittany Baker at 818-845-7214.