Nelson, a 2007 graduate, was killed last summer while serving in the line of duty as a Bakersfield Police Officer. He was 26.

A plaque was placed on the wall inside the pool area of the school to honor Nelson.
Principal Dr. Michael Bertram, former principal Bruce Osgood, former Burbank swim coach Adam Wright , Bakersfield Police Chief Greg Williams and Nelson’s brother Erik were among those that came out to honor the officer who had spent two years working Bakersfield.
“He was offered a full-time job in Washington D.C., but he said ‘I don’t think I can sit behind a desk,’” recalled his father Larry Nelson of his son’s choosing to go into law enforcement. “He said ‘I feel it is my duty to serve and protect.’ It’s hard that he’s not here, but he said ‘That’s what I want to do the rest of my life.’”

David Nelson went on to play water polo and basketball at Occidental College in Eagle Rock.  He returned to Burbank High to the coach the swim team in 2011.

He also worked in the Burbank Parks and Recreation Department, where he taught swimming among other things.

Larry Nelson said the Burbank Educational Foundation has set up a $1,000 scholarship in his son’s honor and said the scholarship will never go away because it will stay alive through interest accumulated.

A Burbank High student-athlete will be the recipient of the award every year.
A second scholarship has been set up in Bakersfield and there are plans for more events and fundraisers in David’s memory. 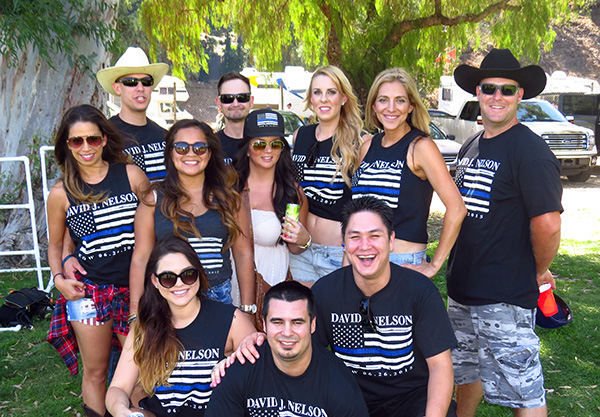 This past weekend the Pasadena Rose Bowl was packed for a Kenny Chesney and Jason Aldean concert and the pre-show included Brantley Gilbert’s band playing a song dedicated to David Nelson, a Burbank High School graduate and Bakersfield Police Officer who recently passed away, the result of a fatal car accident following a pursuit.

Several of David’s Burbank High School and neighborhood friends and family attended the concert after special arrangements were made by Bethany Moss.

“When I realized that Brantley was opening for Kenny Chesney and Jason Aldean at the Rose Bowl, I wanted to get tickets for the entire family so they could see Brantley sing the song live,” Moss said. 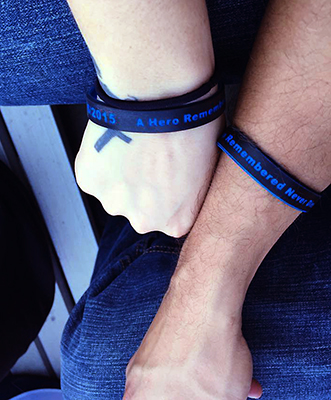 Family and friends met with Brantley who showed up to meet the guests and greet them wearing David’s shirt.

“We were all taken back by his kind heart and compassion for Officer David Nelson,” Moss said.

Brantley’s hit song “One Hell of an Amen,” which became the Country Radio’s number one song, was dedicated at the show in memory of David Nelson. 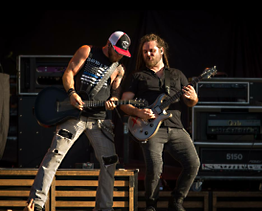 The song which was played during the recent funeral service meant so much to everyone in attendance. 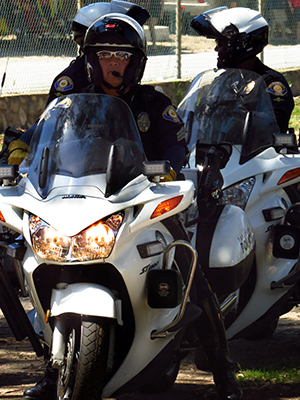 The band wore shirts that had David’s name on them, made by Burbank’s Buddy’s All-Stars. The shirts are available on line and the funds raised are going to a scholarship fund in David’s memory.

Pasadena Police Department motor officers escorted the family and friends to a special VIP parking area during the concert. One officer told the family, “We will always be here for you. We lost a brother.”

Moss said the day will never be forgotten and that everyone was touched and moved.