Bob Hope stocked his ponds and aquariums with fish from Peggy Woods. Andy Griffith stopped by before each Mother’s Day to buy his mom a canary. Ron Howard picked up a monkey for an old flame, and thousands of others brought puppies, kittens, rabbits, and other pets into their homes with the help of Ira Lippman and his brother, Joel. 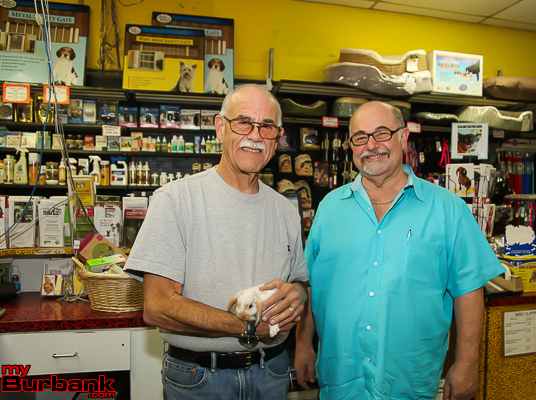 Pictured are brothers Joel and Ira Lippman. (Photo by © Ross A. Benson)

Times have changed. Exposure of abuses at some animal breeders, the need to find homes for rescue animals, public awareness of cities euthanizing large numbers of unwanted pets have all contributed to city laws and codes which prevent pet stores from marketing and selling puppies and other animals.

The Emporium was opened by Peggy Woods, wife of a Lockheed engineer, in 1951. Joel Lippman bought the store in 1974, and the brothers have operated the business since then. In 1976 they added the adjacent candy store to their growing business, which became a favorite of local children and adults, with a taste for jelly beans and chocolate. 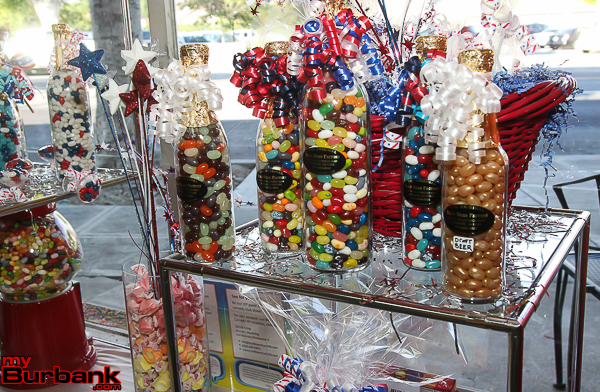 However in 2013 their run providing pets to the area ran into trouble. National backlash against animal abuse, with a focus on puppy mills in the Midwest and Pennsylvania rallied activists around the country to both expose the mills, as well as hold pet stores selling puppies responsible for alleged breeder cruelty.

According to Ira Lippman, Peggy Woods had a robust business with puppy sales accounting for more than 25% of their total revenues. The profitable business employed 18 staff, selling hundreds of puppies each year.

However, a movement was growing across the country, with national organizations taking on the cause of animal cruelty and abuse. Recruiting and teaming with local shelters and rescue organizations, the movement focused on political actions directed at city councils to enact ordinances and local laws to prohibit sales of puppies in pet stores. 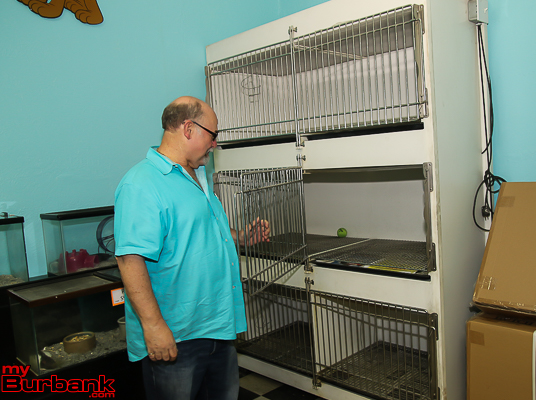 Burbank enacted the ordinance in early 2014, effectively ending their run with animal sales. While he did try to support the Burbank Animal Shelter by hosting rescues, their customers wanted puppies. Although many open-minded people will provide a home for a rescue, the reality is many still want to adopt their dream Yorkie, Pomeranian, Border Collie or Husky puppy.

As the Emporium’s revenue plummeted, Lippman had to start laying off staff, many of whom had been with the store for years. Early in 2015 the Lippman brothers made the decision to close the business, and move on to either retirement or other ventures. The Emporium, and adjacent candy store, will close their doors on August 1, 2015.

Lippman admits to lingering bitterness directed at both the city council, as well as those activists who worked to change Burbank’s pet store ordinance, which ultimately killed the business. “We never knowingly sold a puppy which came from a breeder which abused animals” stated Lippman. “I visited the breeders in Missouri, and all treated animals very well.”

He also had nothing negative to say about the national pet distributor, Hunt, from Joplin, Mo. “We participated in their annual distributor conferences in Joplin, which brought us together with the company and breeders” continued Lippman. “All the animals we received were healthy, and all were checked upon arrival.”

Lippman is also deeply troubled by the potential of animal cruelty or abuse. “Animals are our life. There is no explanation or justification for abusing an animal.” Thus his bi-annual inspections and visits to breeders in the Midwest. 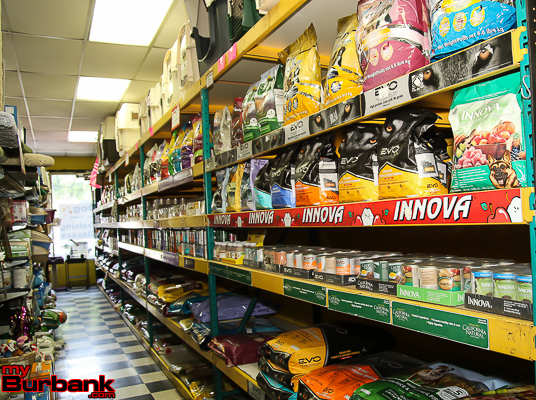 Lippman believes the city council voted against the pet store industry due to intense pressure and lobbying by highly sophisticated activist organizations, with nearly unlimited legal resources. Small businesses like Peggy Woods cannot afford that level of defense, and subsequently cannot defend themselves adequately, nor apply the level of influence national organizations can apply to legal and political systems.

“It is just not right,” notes Lippman.

While the Emporium sold a lot of feed, toys, and other pet supplies, competition from national chains such as PetCo, PetSmart, and Centinella are able to stock a lot more variety, and in many cases due to economies of scale can offer better prices than small businesses. And as Lippman concedes, “without the puppies, many customers simply moved on to the chains.”

There is also a bit of hypocrisy in war against commercial sales of puppies and kittens. Many pet stores, including the national chains, for example still offer a variety of exotic birds. Birds living their lives in small cages, birds which may be a second generation of animals captured in their native environments, held for breeding in conditions which rival puppy and kitten mills. Birds that will likely outlive their owners and be abandoned or released into the wild (and certain death). However that is apparently not a problem for the activists. 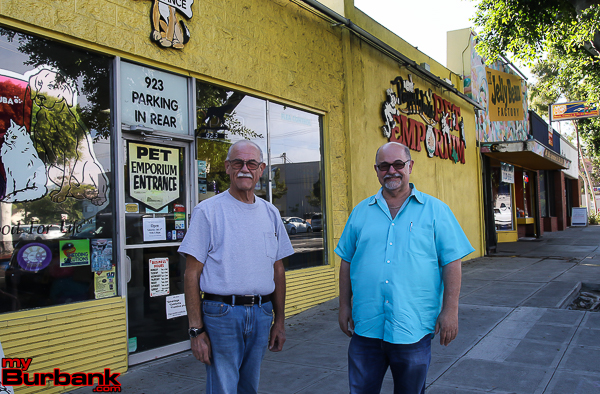 “It is just not right,” repeats Lippman.

So the end result for Burbank is the loss of a 64-year-old business, barriers in place for families wishing to adopt the puppy or breed of their choice, the loss of 14 jobs, and the loss of a candy store.