Burbank Police and Fire responded to the 1900 block of Ontario Street Saturday evening to a report of a possible explosion involving a power line and that a fence around Provdencia Elementary School was electrically charged. 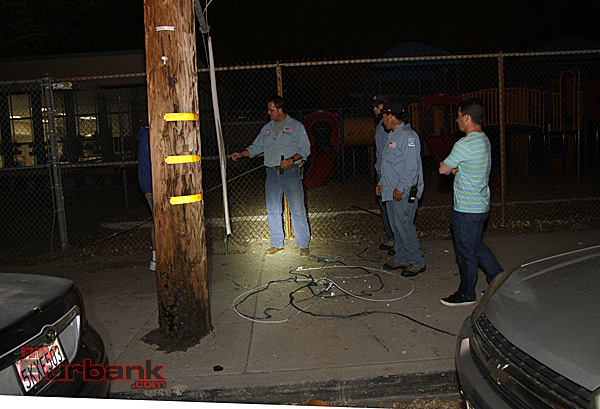 Electrical Services Supervisor Michael Gibson talks to a crew about what caused the power disruption, prior to them repairing the situation. (Photo by Ross A. Benson)

Upon arrival they had found a ground wire laying by a power pole, and evidence that an explosion might have occurred from a high voltage line high above. Fire Fighters and Police Officers secured the neighborhood and surrounding streets and requested Water & Power.

The force of the explosion popped a cap on a nearby water pipe, requiring its repair.

Reports from Burbank citizens across Burbank through the @myBurbank Twitter feed reported lights flickering and surges in power, causing computers and electrical devices to reset. People with At&T service had problems with service in the following the surge. 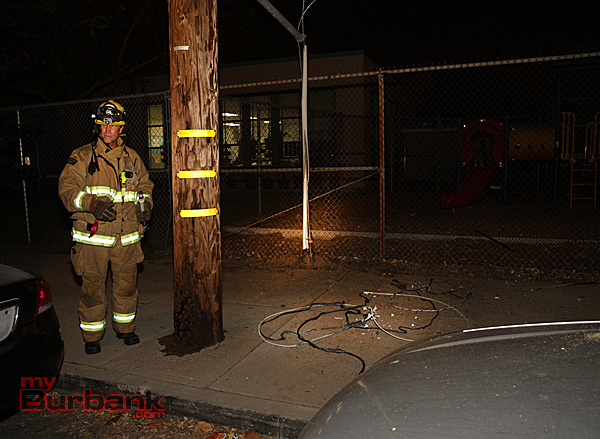 A Burbank Firefighter stands by with a electrical probe checking for electrical currency. (Photo by Ross A. Benson)

Burbank Water & Power arrived on scene surveyed the area and deemed it to be safe. They reported the cause of the original problem a metallic balloon made contact with a 6.4 KV power line causing the balloon to explode and grounding the circuit. 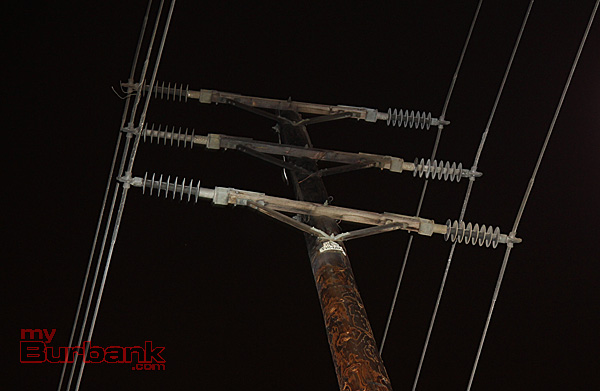 Darken marks on electrical pole shows where a an electrical charge caused a surge after a balloon came in contact with a 64 KV charged line. (Photo by Ross A. Benson) 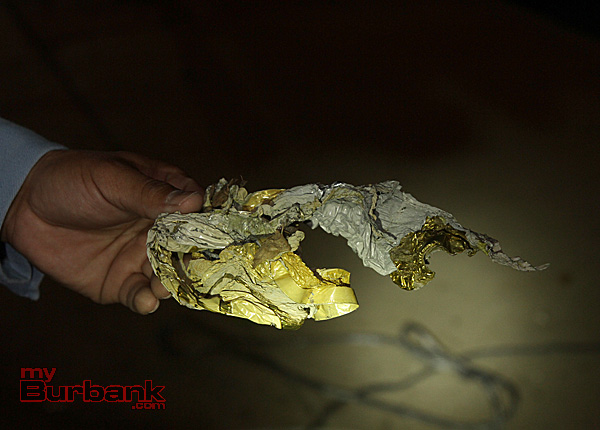 The remains of a metallic balloon, that caused power outage, city wide surge. (Photo by Ross A. Benson) 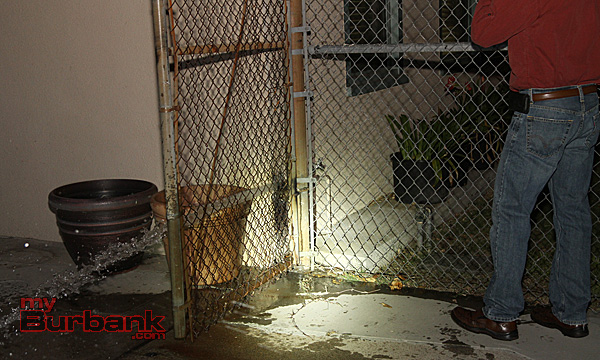 Water flows from a water line that was hit with electrical current during power surge. (Photo by Ross A. Benson) 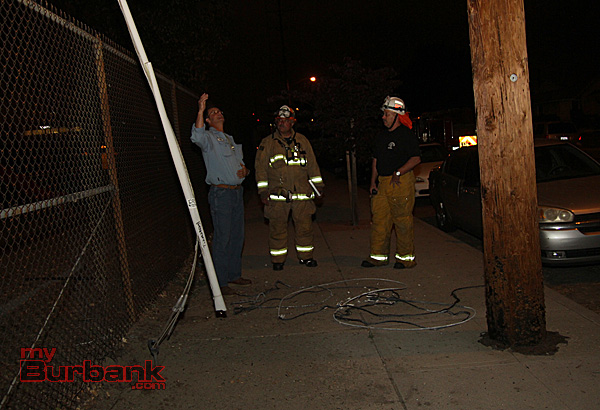 Burbank Fire Department responded to the 1100 block of Reese Place for a report of power lines arching, as a tree at the address brushed across a electrical feeder line leaving close to 500 homes and business in the area without power and completely dark. 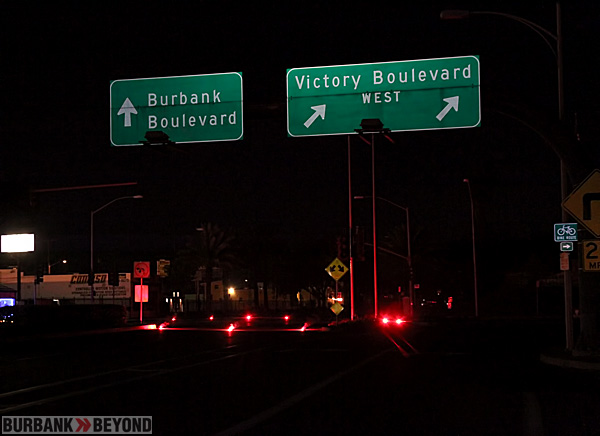 The intersection of Victory & Burbank was only light up by traffic flares supplied by BPD, while part of Burbank was blacked out overnight by a tree that hit a power feeder in the 1100 Blk of Reese Place. (Photo by Ross A. Benson)

Burbank Police responded to a couple of Burglary Alarms caused by the outage and officers setup temporary stop signs at key intersections such as Victory and Burbank, Reese and Burbank, with officers patrolling the dark neighborhoods.

Burbank Water & Power responded to the area and crews trimmed the trees and restored power within a couple of hours.

So if your alarm clock didn’t go off on time, that’s the reason, and make sure you show this to your boss for proof!

Good time to get a battery backup alarm clock. 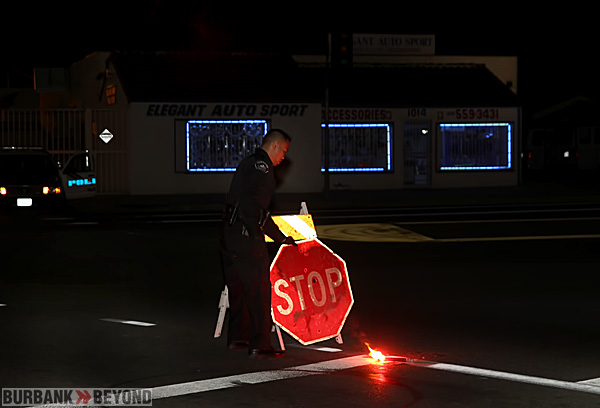 Burbank Police not only patrolled the area they set up temporary stop signs at key intersections. (Photo by Ross A. Benson)

With the temperatures high on Saturday, one transformer was not up to the challenge and knocked a Burbank neighborhood into darkness Saturday evening.  The Burbank Fire Dept. reported that they rolled on a report of a blown transformer in the area of Florence and Clark and found that the both Florence and Niagara had a power outage between Clark and Verdugo.  Burbank Water and Power were called to the scene and hoped to have the power restored within a couple of hours.