Author Nathalia Holt talks about women animation pioneers and her new book, Queens of Animation: The Untold Story of the Women Who Transformed the World of Disney and Made Cinematic History, at the Buena Vista branch of the Burbank Public Library tonight, Tuesday, October 22.

“I became interested in this subject during research for my last book, Rise of the Rocket Girls, about the female pioneers of the Jet Propulsion Laboratory,” explained Holt. “One of the women I interviewed had previously worked at Disney and her stories of the studio during the 1940s and 50s were highly entertaining.” 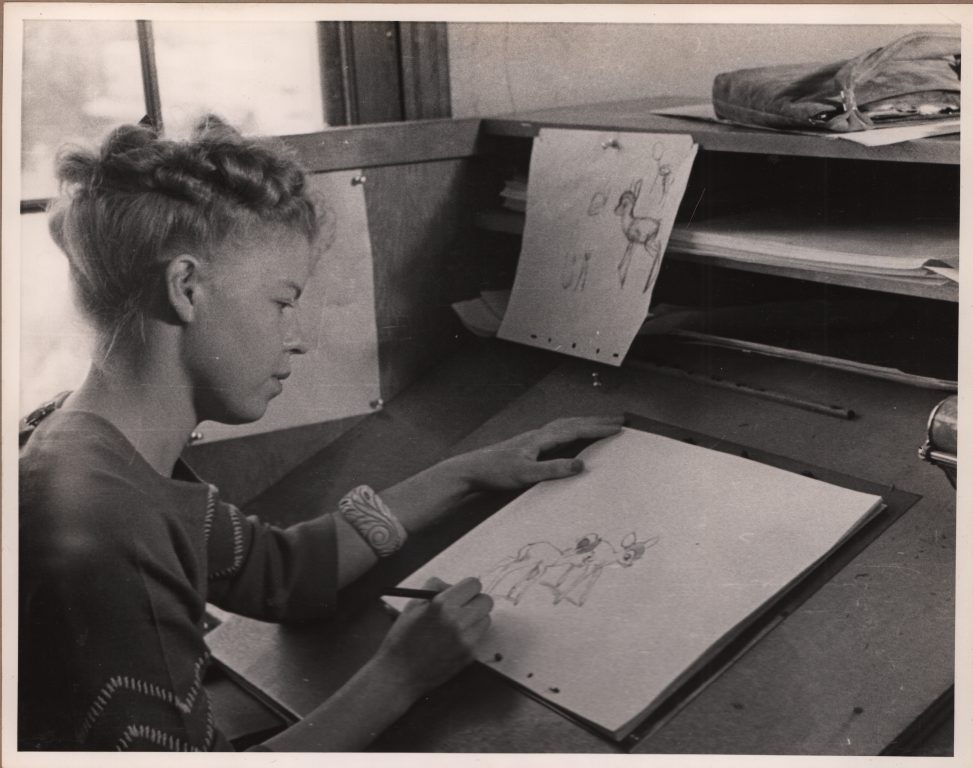 “I was struck by how many women were in her tales, so I decided to read several biographies of Walt Disney,” Holt explained. “However, the names of the women, whose work was so critical to the studio, were entirely missing.”

“It is so rewarding to finally share the stories of a few of these pioneers and how their work shaped the classic films beloved by generations,” she added. “To launch the book in Burbank, where so much of the action takes place in the book, is truly a privilege.”

In Queens of Animation: The Untold Story of the Women Who Transformed the World of Disney and Made Cinematic History, Holt profiles Bianca Majolie, Grace Huntington, Mary Goodrich, Mary Blair and Retta Scott. 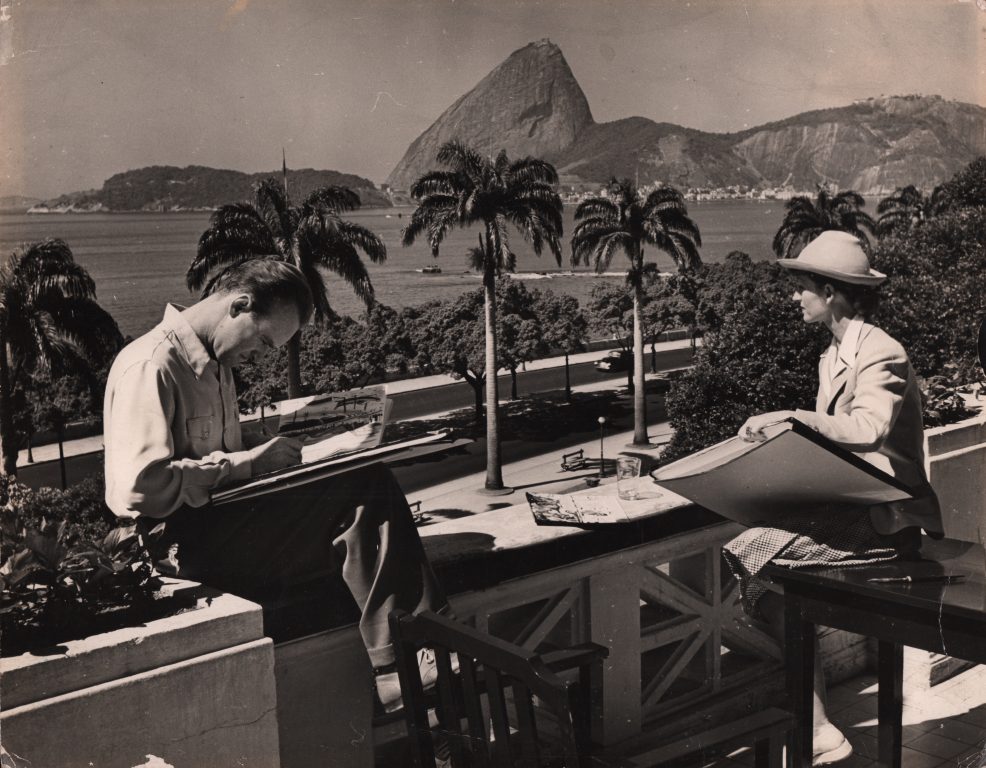 Majolie went to school with Disney and was the first woman to work in the story department.

“She transformed Pinocchio from the violent puppet in the original book to a sweet character who shows the meaning of being human,” explained Burbank Librarian Hubert Kozak. “Bianca was frequently humiliated to tears by her male colleagues, and she and the other women who worked on Pinocchio were not listed in the film’s credits.”

In addition to their work at Disney, both Huntington and Goodrich were both amateur pilots. Goodrich was the first woman to fly solo to Cuba and Huntington set an altitude flight record in 1939.

“One of Walt Disney’s favorite artists, Mary Blair created groundbreaking concept art for features such as Cinderella and Peter Pan, and designed Disneyland’s “It’s a Small World After All” ride, all while struggling in a physically and emotionally abusive marriage,” Kozak added. 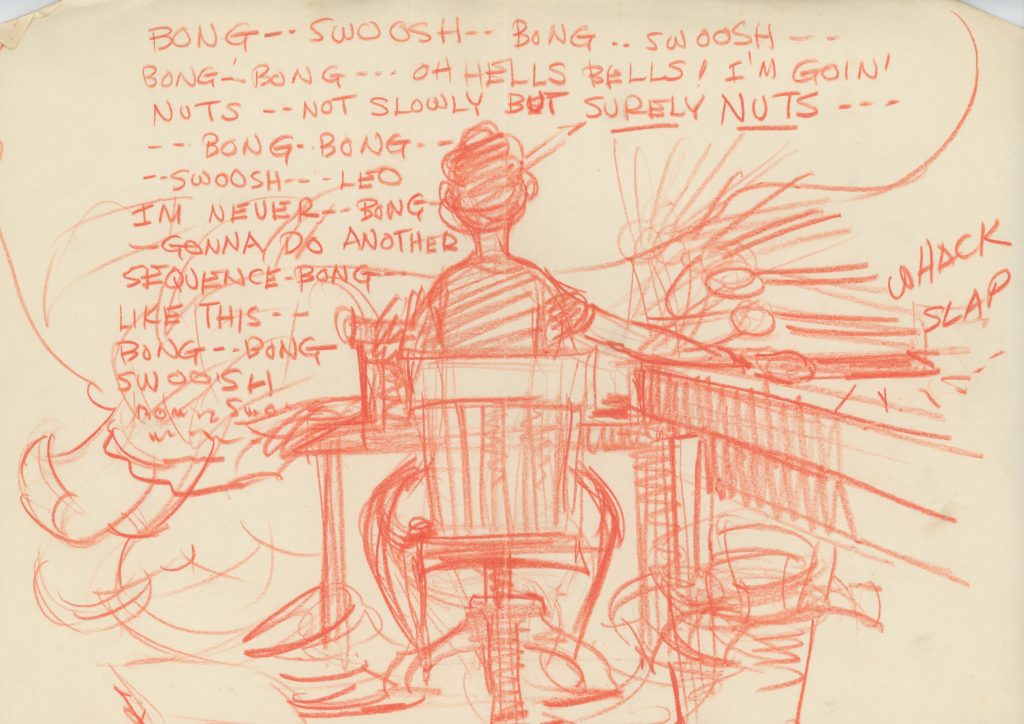 “Scott’s genius at drawing animals gave her a key role in the development of Bambi, and led her to become Walt Disney Studio’s first credited female animator,” he also said.

Holt previously visited the Burbank Public Library to talk about Rise of the Rocket Girls, which profiled the women “computers” who worked at JPL.

“Like that book, [in Queens of Animation] the author profiles a number of women who she has researched in depth, not only their professional lives but their personal lives, and poses them against the challenges women faced in finding a place for themselves in a field dominated almost exclusively by men, and accomplishing some remarkable work that has gone largely unrecognized,” Kozak commented.

“I think you will find it surprising to learn of some of the Disney story lines and characters that these women were central in developing.” 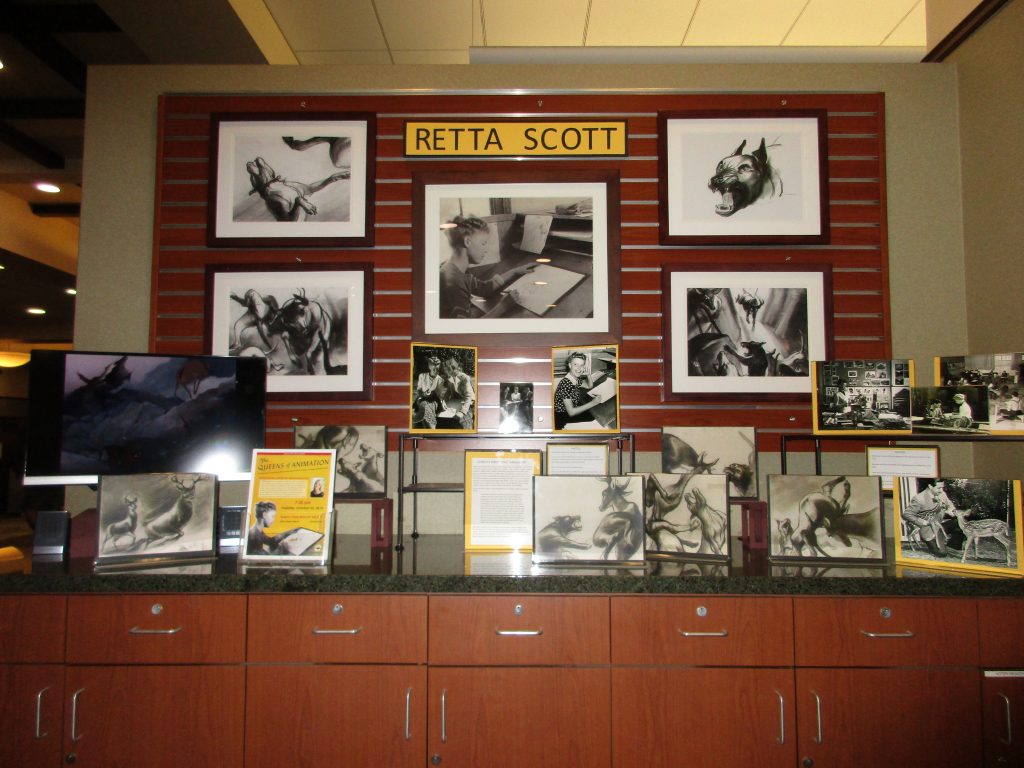 “While I always have found her approach to the subjects interesting and that it creates an interesting dynamic for her narrative, I guess what I like most about this book was that I learned a lot about classic film animation that I never knew, like just how labor intensive and painstaking it was,” he also said. “And I was charmed by just imagining all of this taking place just a few blocks from the library, and picturing  Walt Disney stopping to give some of these women a ride on their walk into work.”

Holt’s presentation on Queens of Animation: The Untold Story of the Women Who Transformed the World of Disney and Made Cinematic History begins at 7:00 p.m. at the Buena Vista branch of the Burbank Public Library located at 300 N. Buena Vista Street in Burbank.

The author will sign books and the newly released book will be available for purchase. 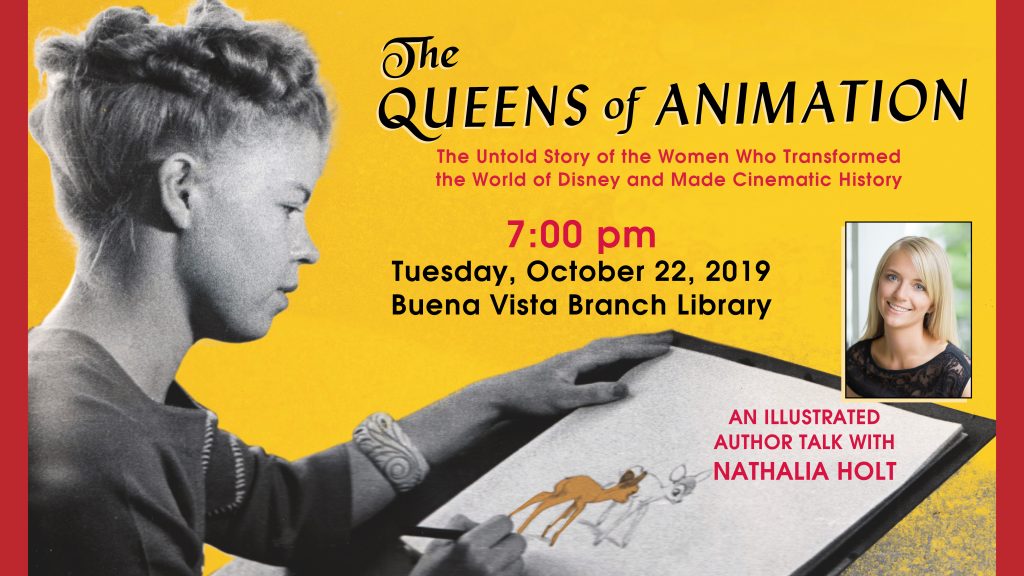