The Burroughs High girls’ basketball lost to rival Burbank on their home floor earlier this season.

Thursday night in the regular season finale, the Indians returned the favor, defeating the host Bulldogs 37-22.

“It was more of our defense and Burbank struggled in their first half shooting,” said Burroughs coach Vicky Oganyan of the first half effort, which saw her team lead 23-11 at halftime.

Burroughs (18-11 overall, 8-4 in league) outplayed the Bulldogs and kept their guards from getting into a rhythm.

“The conversation at halftime was to make the passes we needed to make, take the shots we needed to take,” Burbank coach John Wells on the changes at the half. “We had some open looks tonight, (but) they didn’t fall.” 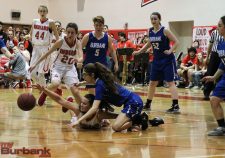 “They came to shut down Ani and Osanna… and myself as a coach,” said Burbank’s coach John Wells about the game. “We needed to make some adjustments and I didn’t make them, and I let this team down tonight.”

Jocelyn Rieken led the Indians in scoring with 14 points. Kamryn Cardenaz had 11 points. Marin Grote had four points and Ariana Farias had three points. A’sia Morales and Caitlyn Pentland each had two points and Angelica Davtyan had one point.

The Burbank High girls’ basketball had its ups and down this season.

Friday night the Bulldogs struggled early on, but finished strong.

Unfortunately, visiting Arcadia High answered every challenge Burbank made and held on for a 48-43 Pacific League victory. 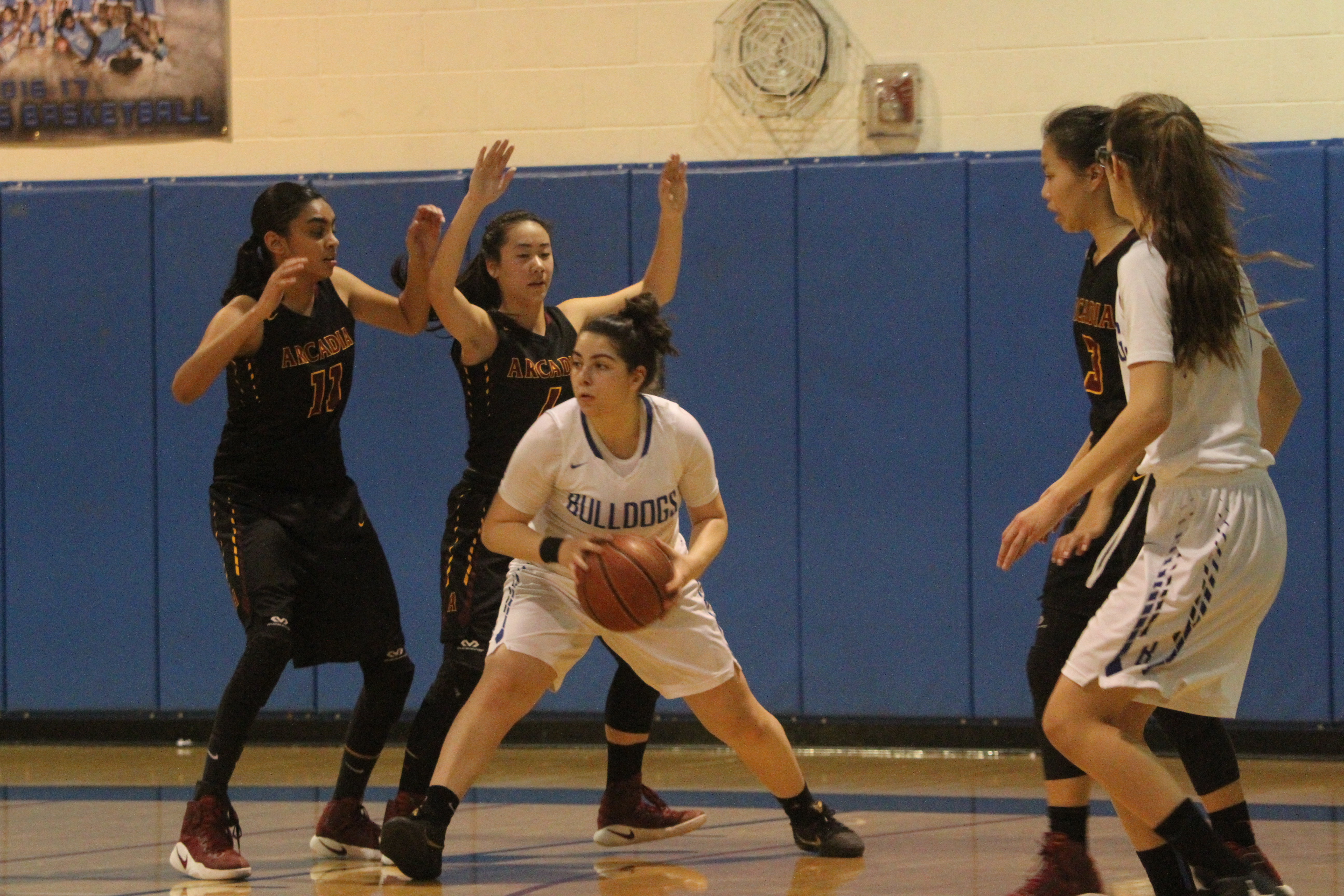 “We were very flat in the first half. If they played like they did in the fourth quarter we win the game no question about it,” Burbank coach John Wells said. “We have a problem of when we’re bad, we’re bad and when we’re good, we’re good.  We have to find the middle.”

Burbank (10-10 overall, 2-3 in league) played without starting point guard Ani Sarkisyan, who was out with an undisclosed injury.

“When you’re without your guard who runs your offense it makes things tougher, but we got the flow in the fourth quarter we just got it too late,” Wells said. 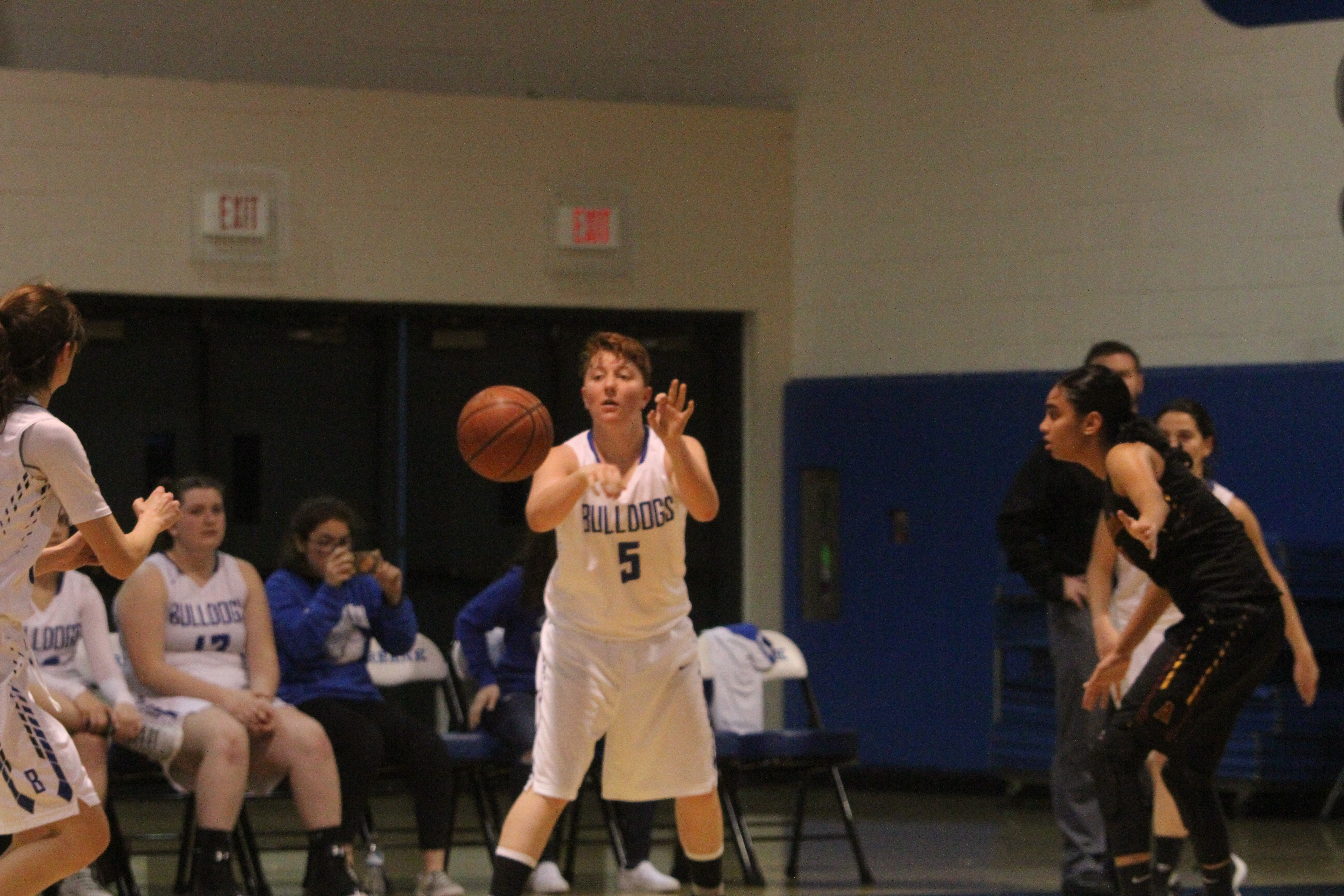 Burbank trailed 26-16 at halftime and 33-26 going into the fourth quarter.

But that is when Sarah Sarquiz got hot.

Sarquiz scored eight of her team-high 13 points in the final quarter.

Burbank tied things at 43 with 1:04 left as Sabrina Zakarian picked up a rebound and put it back in.

But Arcadia’s Lindsey Young hit a three pointer with 43 seconds left that stunned the Bulldogs.

Burbank did have opportunities in the end, but could not convert.

The Bulldogs got seven points each from Zakarian, Osanna Tirityan and Stephanie Grigorian. Center Emma Kerr had six points.  Emily Pennings had three points for the Bulldogs.

It isn’t out of the realm of possibility that the Burroughs High and Burbank girls’ basketball teams finish in the top half of the Pacific League and make a long run in the CIF Southern Section playoffs.

The Indians, who were 24-6 a season ago, have advanced to the semifinals the last two years and have gone undefeated in league action at 14-0 for three straight campaigns under Coach Vicky Oganyan.

The Bulldogs qualified for the postseason last year, but lost in the opening round to Garden Grove.

Burroughs commences its league schedule on Jan. 3 against Pasadena while Burbank travels to Crescenta Valley.

On Jan. 20 the Indians host the Bulldogs and on Feb. 9 Burroughs visits rival Burbank.

For first-year Burbank Coach John Wells, he has high expectations provided the team continues to improve which he expects them to do. 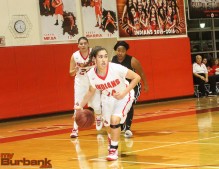 Cardenaz and Wilson will be the primary scorers, but both will be expected to rebound and play defense, which are staples of Oganyan’s team.

Grote, who was tabbed all-league second-team, will be counted upon to score, but her primarily responsibility is to play defense, rebound and block shots. She is committed to the University of Washington for volleyball.

“My expectations are to have my team improve each game and to put in the preparation during practice so we will be good when league starts,” Oganyan said.

Oganyan, who played at Glendale High, knows that she and her team have an extremely high standard, but it’s not only about going undefeated in league.

The Bulldogs finished 18-11 and 8-6 in league action and the roster consists of eight seniors, three sophomores and one freshman.

“League will be very competitive this year,” Wells said. “There are a handful of teams that can all beat one another and we should be right in that mix.”

Sophomore shooting guard Osanna Tirityan is 5-8 and she paced the Bulldogs in scoring and rebounding.

Tirityan, who was named all-league first-team, will be asked to do as much and perhaps even more.

“Osanna took the league by storm as a freshman and now they know her and she’s going to improve this year,” Wells said.

Senior point guard Ani Sarkisyan is 5-6, the floor leader and one of the captains along with 5-8 senior forward Sarah Sarquiz, who has been bothered by a knee injury at the end of her sophomore season.

Both have been on the varsity for three seasons and expectations will be greater this season for both.

Senior center Emma Kerr is 6-1 and a capable scorer, but is especially adept at blocking shots and rebounding.

Kerr led the team in blocks a season ago. “Emma is a force in the middle,” Wells said.