The Community Service Foundation arm of the Burbank Association of Realtors (BAOR) gave out $26,000 in scholarships to 14 local students, the highest amount ever awarded in the Foundation’s 27-year history. The Association met on Thursday, April 10, to recognize and hand out the BAOR scholarships to selected graduating high school seniors.

The Ray and Bonnie Adams Scholarship winners were Serjio Anleu, Yun Chang, Candace Fournier and Kevin Shon. Adams donated his 1959 Pontiac Bonneville and proceeds from the sale of the classic car funded the award. 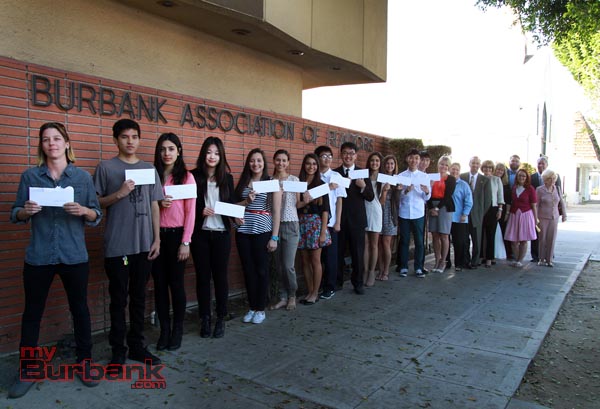 “One of the great things about being President of the Community Service Foundation is to see what the youth of this great city have accomplished,” commented Realtor Eric Benz, Branch Manager of Dilbeck’s Burbank office. “It is clear our future is bright because of the young men and women of this community. It is an honor to be involved with a group that tries its best to help students achieve their dreams.”

Applications were sent to all the Burbank high schools and the Burbank Adult School and all students were welcomed to submit an application, said Benz.

The BAOR scholarships are determined from a multitude of factors, he added.

The Community Service Foundation is headed up by Benz as President and Co-chaired by Marion Chase and Chris Rizzotti. Linda Roberts, Karen Volpei, Alisa Cunningham, Shelly Valencia and John Scarff round out the committee. 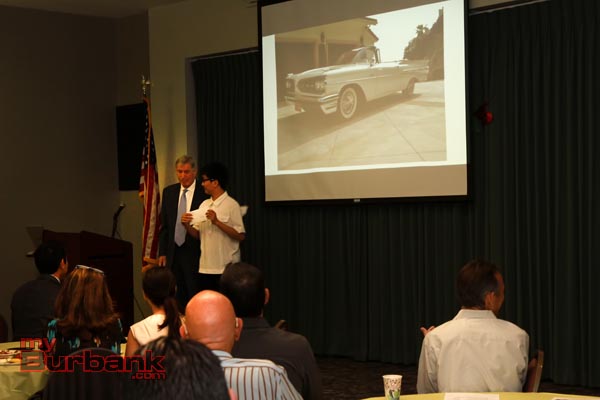 A photo of the classic car Ray Adams sold to fund The Ray and Bonnie Adams Scholarship awards. ( Photo by Ross A. Benson)

The Community Service Foundation is a non-profit group comprised of Real Estate professionals. They support housing and education in the community through leveraging resources by fundraising, allocation and service.

“Our mission is to mentor and educate stakeholders, veterans, students and housing professionals by utilizing grants and fundraising to promote financial stability, leadership, education and counseling in the community,” said Benz.

The Community Foundation of the Verdugos is currently accepting applications from graduating high school seniors attending Burbank public and private schools for the Gonzales Harris Bilingual Scholarship award. Three of these scholarships are given annually, ranging between $2000 and $6000 per award, depending on college/school attendance.

The scholarship is also open to college students attending an accredited community college, four-year college or vocational school, having graduated from a Verdugo region public or private school. A minimum overall 3.5 GPA and proof of U.S. Citizenship are required. The applicant must also demonstrate written and verbal fluency in both Spanish and English.

The student must submit a personal essay outlining the importance of education and contributing back to the community. The essay should refer to the student’s bilingual fluency and the benefits of being able to speak Spanish and English, including connections to cultural awareness and citizenship.

Graduating Spanish English Bilingual students in the Burbank, Glendale and Foothill communities are welcome to apply. The deadline for applications is March 7. For more information and to submit an application, visit the Community Foundation of the Verdugos website. Scholarship winners will be notified via mail by May 1.

The Phil Ellis Scholarship for business and related studies majors and the John Krikorian Scholarship for Journalism majors are also open to Burbank residents. More information on these scholarships and other awards for graduating high school seniors can be found online.

The Community Service Foundation of the Burbank Association of Realtors presented scholarships to 10 students at their weekly meeting on May 16, 2013. The scholarship recipients were selected after submitting a written application and going through a live interview with the Scholarship Committee.

The members of the committee were extremely impressed with all the applicants. It was gratifying for them to have the opportunity to personally get to know some of the outstanding young people in the community. The only regret was that they were not able to award a scholarship to every student who applied.

The major fundraising event for the Community Service Foundation is the annual auction. This year’s auction will be held on Thursday, Sept. 12, 2013 at the Burbank Association of Realtors. 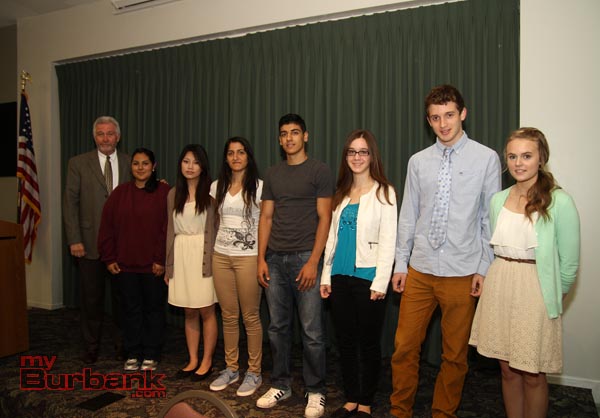 Six students receive scholarships from the Burbank Board of Realtors to continue their education on the next level. Recipients want to pursue health and scientific career goals. 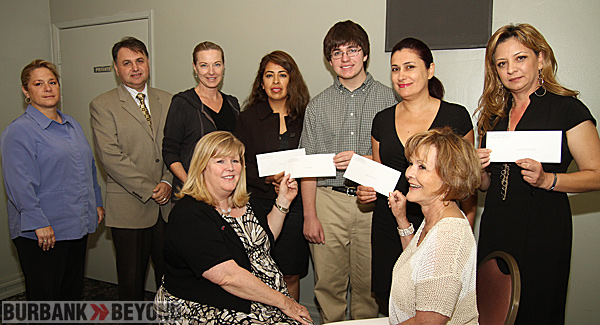 Marion Chase, chairwoman for the awards, explained the importance of the awards.

“These awards in a way is a way for us Realtors to contribute to the community and pay it forward,” she said.

Valery Vasquez ranks #3 in her class of 662 at Burbank High School and has chalked up 440 hours of community service. She has served in leadership positions in the National Honor Society, California Scholarship Federation, Key Club, Medical Association and she and a few friends as freshmen founded Club Marine to raise awareness about Marine Life Protection. Valery is serving as vice president. She will continue her education at Stanford University with plans to become a pediatrician.

Lorena Navarro-Guillen has spent the last two years earning her high school diploma at the Burbank Adult School and has achieved at 3.14 GPA. She has worked for the last seven years as a nurse’s assistant and is pursuing a career in nursing. She will attend college and eventually become a Registered Nurse. She managed to balance a full school schedule, her job as a nurse’s assistant and extensive community service helping to deliver food and clothes to the Midnight Mission.

Mariam Kyarunts is in the top 4 in her class of 662 at Burbank High.  For the past five years there were only As, some plusses and only three A minuses. She has held leadership positions in Key Club, California Scholarship Federation, National Honor Society, Academic Decathlon and completed 150 Service Learning Hours with Key Club.  Mariam is going to Stanford to pursue a bachelor’s degree in biology in order to enter medical school. She loves to learn and pursue knowledge of medical discoveries.

Marin Sklan is a student at Burroughs High School but has also studied at Oxford University. At Burroughs she has been a member of the Vocal Music Association where she has performed with the Sound Waves and Sound Sensations. She is also part of the production team for the Dance Department. She is a seal bearer and has continued membership in the California Scholarship Federation. She tutors students in Advanced Placement calculus, AP European history and chemistry. She also volunteers at the American Cancer Society thrift store.

Kevin Mark has known what he has wanted to do as a career since age 4. He wants to pursue a career in the nation’s space program. He has a 4.43 GPA and scored 2390 out of 2400 on the SAT test. He participates in his school’s annual math, science and techology fair and in the 2012 competition received first place for physics, first place in calculus and second place in game programming. He plans to attend UCLA. 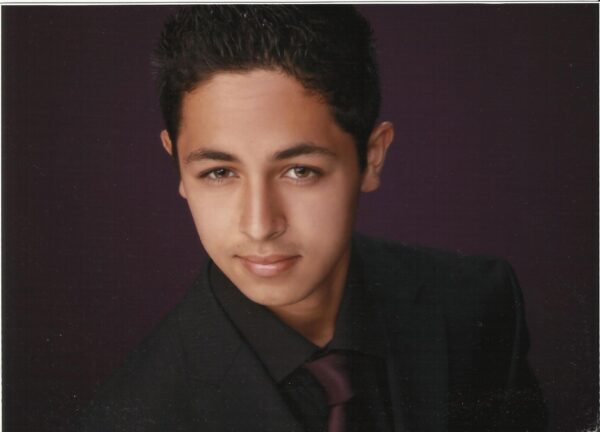 other while learning English. He finished #1 in his class at Bubank High School with a GPA of 4.55. He has more than 100 hours of community service at Providence St. Joseph Medical Center volunteering in the Intesive Care Unit. He is a member of the Medical Association, California Scholarship Federation and National Honor Society. He will attend Harvard University and would like to be a doctor, engineer or research scientist.

Chase said the scholarship program was started in 1986. Those serving with Chase on the selection committee were Karen Volpe, co-chairwoman; Alisa Cunningham, Sharon Fane and Saverio Ficoceli. There were 16 applications submitted and the committee narrowed it to six recipients. Funds are raised by the Realtors auctions. In addition to scholarships, the board also donates funds to Family Promise, Burbank YMCA, Kids Dental Clinic and Habitat for Humanity.