Students and staff at William McKinley Elementary School celebrated the completion of a colorful and expansive Henry Goods rainforest mural on the last day of the fall semester on December 18. 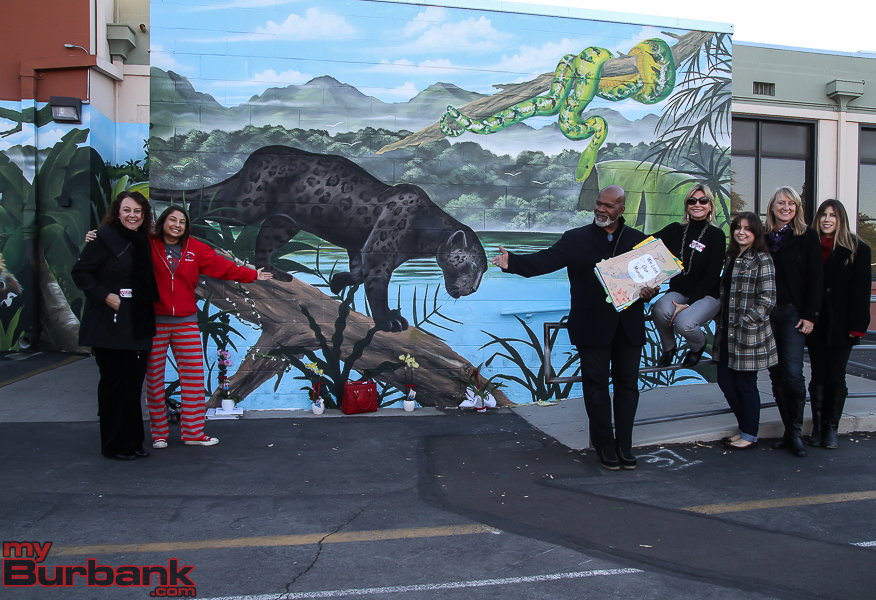 “I had wanted to get a mural done at McKinley for a while, and when Anne approached me, it all came together,” explained Harris. “[McKinley Principal] Mrs. Costella had the exact spot in mind that she wanted to beautify, which is the back wall of the auditorium and the walls wrapping around the cafeteria building.”

Together, Harris and Askerneese wrote a grant application for funding from the Burbank Arts For All Foundation (BAFA) and Askerneese coordinated with mural artist Goods.

BAFA funded the grant request in full and McKinley PTA provided funds to cover additional project costs. Catalina Paints in Burbank donated all of the paint for the project. 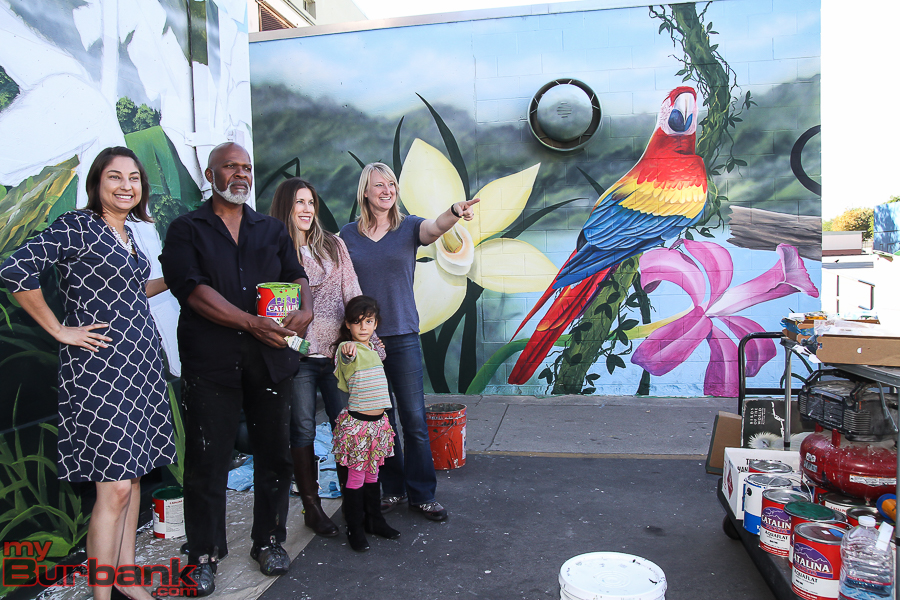 The mural surrounds the lunch area and extends to part of the playground, so McKinley’s students can look at it while they eat their lunches and play on the playground.

“We wanted a jungle theme with a panther, because the mascot of McKinley Elementary School is a black panther,” explained Harris. “I looked to Henri Rousseau’s paintings of the jungle as inspiration and went to the Burbank Central library and did research on black panthers, [called] black jaguars in the Americas.”

“Our mural has a South American rainforest theme, with a black jaguar and other animals and plants from that region.” 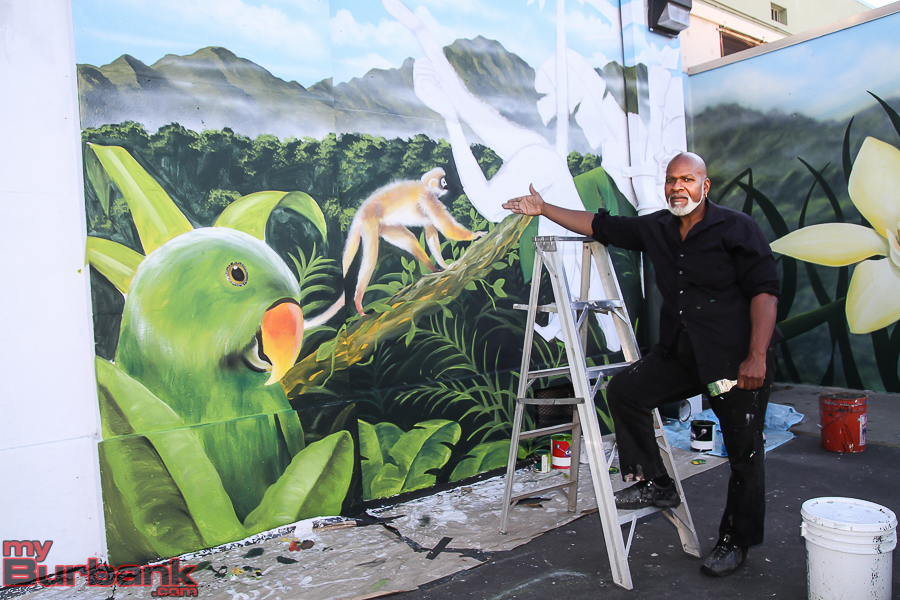 Students and staff at McKinley have been excited to see the mural being created over several months this past fall and talked about the new additions to the artwork every day, added Harris.

Goods is a Los Angeles-based artist who works on canvas and creates murals. He painted the mural surrounding the gas station at Alameda Avenue and Victory Boulevard, near McKinley, in addition to two other murals at gas stations in Burbank.

Goods has created many murals throughout Los Angeles and San Diego, including several at schools. His father was a house painter and Goods began drawing and painting as a child.

“We are so grateful to BAFA, Catalina Paints and to the staff and students at McKinley for their support,” said Harris. 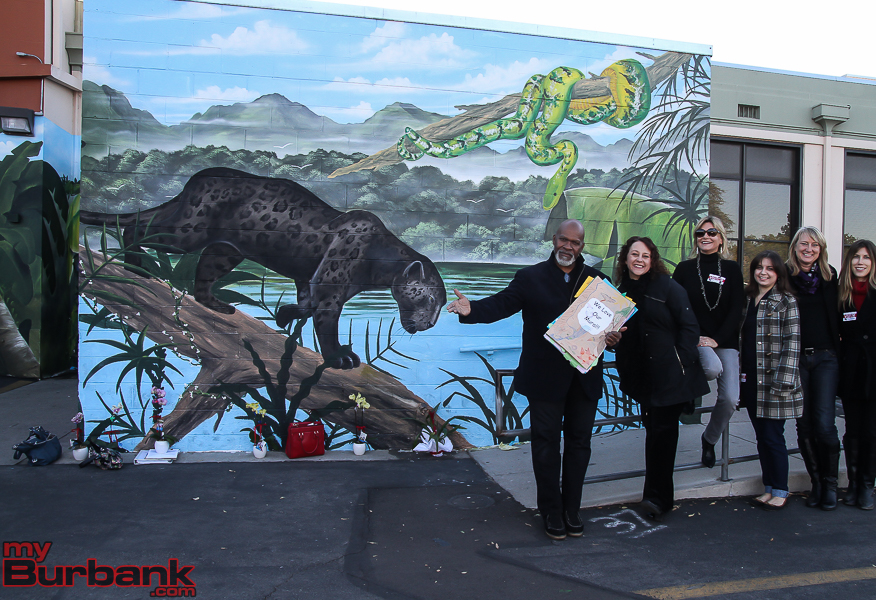