Expectations are usually high for the Burroughs High and Burbank boys’ volleyball teams when it comes to the Pacific League race and beyond.

The Indians have captured the league title nine straight seasons, so naturally a 10th is a goal along with advancing far in the CIF Southern Section tournament.

“I think we have a good group of learners,” longtime Burroughs coach Joel Brinton said. “They show up to practice every day. They work hard. They’re open to the feedback. They want to be critiqued. They want to be coached.” 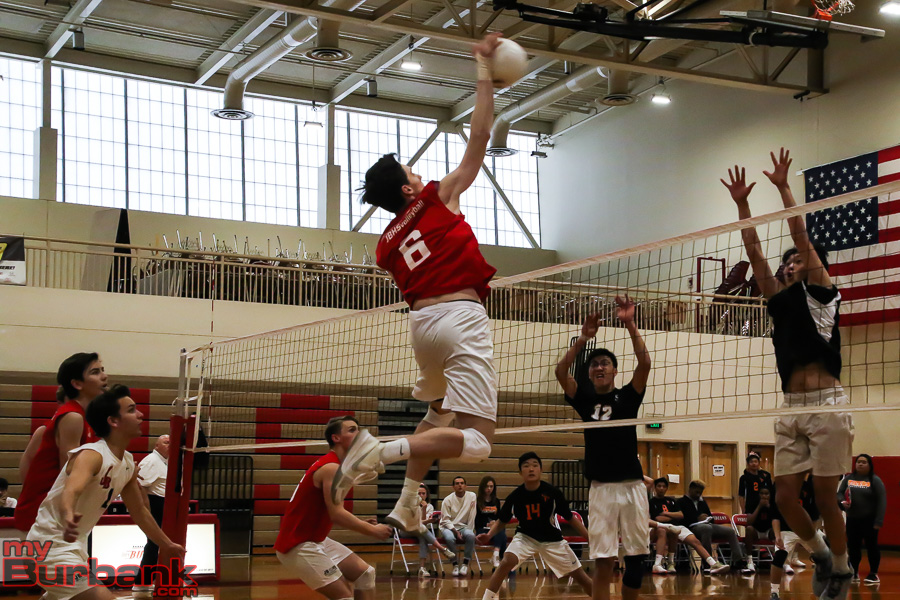 Junior outside hitter Connor Burroughs is a leader and offensive weapon for the Indians. (Photo by Ross A. Benson)

The Bulldogs made the playoffs and despite not winning the league title, also have serious designs on the prize.

Burroughs opened its season with a sweep of visiting South Pasadena, but lost at Palos Verdes.

The Indians bounced back with a sweep over Culver City in the Redondo Tournament, but dropped matches to Newbury Park, Redondo Union, Peninsula and Loyola.

“The guys have to understand that there’s nothing ever given. Everything is earned,” Brinton said of being the defending league champion.

Burroughs began its league season on Wednesday with a three-game shutout at Glendale and will play at Burbank on March 29 and then host the Bulldogs on April 23. 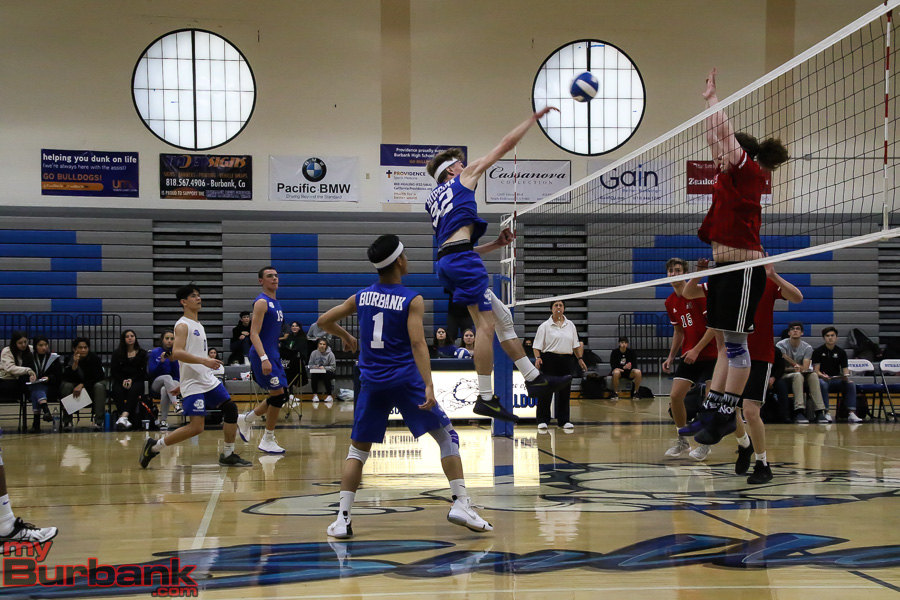 Senior middle hitter Dawson Koerper, shown in a recent match, will be a steady contributor for the Bulldogs. (Photo by Ross A. Benson)

In any given match, the Burroughs’ offensive leaders will vary, but one that will always be at or near the top, is junior outside hitter Connor Burroughs.

Senior libero Sam Tipton will also have eyes on him and though a sophomore, setter Carter Cottrell is also vital. 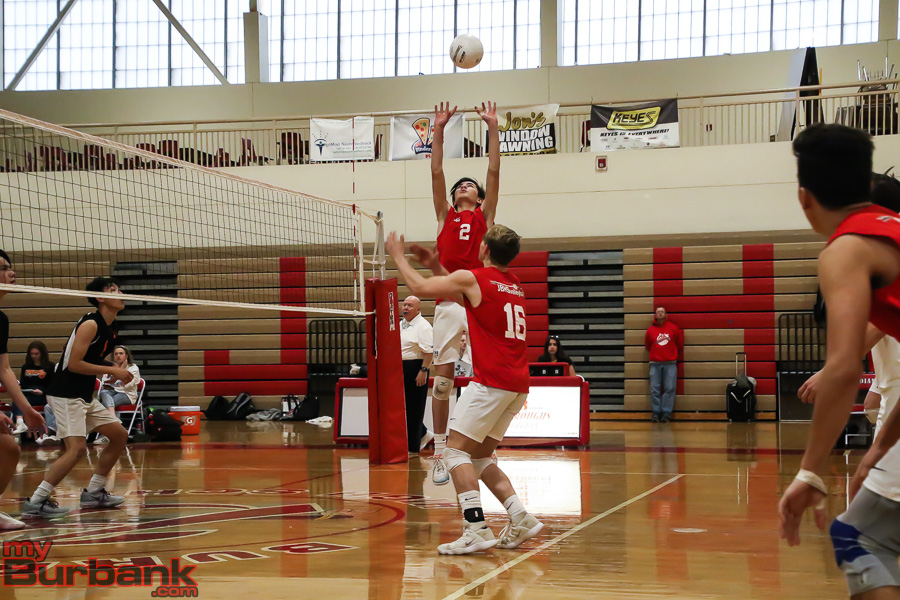 Sophomore setter Carter Cottrell will be a key cog for the Indians. (Photo by Ross A. Benson)

The Bulldogs, who began their campaign with a loss at Harvard-Westlake, rebounded with victories over Hart and Viewpoint, are primed for a successful season with senior outside/opposite hitter Chase Marcy leading the way.

Karl Rojo, the Burbank coach, likes what he has to work with. “Take it day-by-day and make sure we improve by two percent every day,” he said. “They need to focus on the effort and not worry about results.” 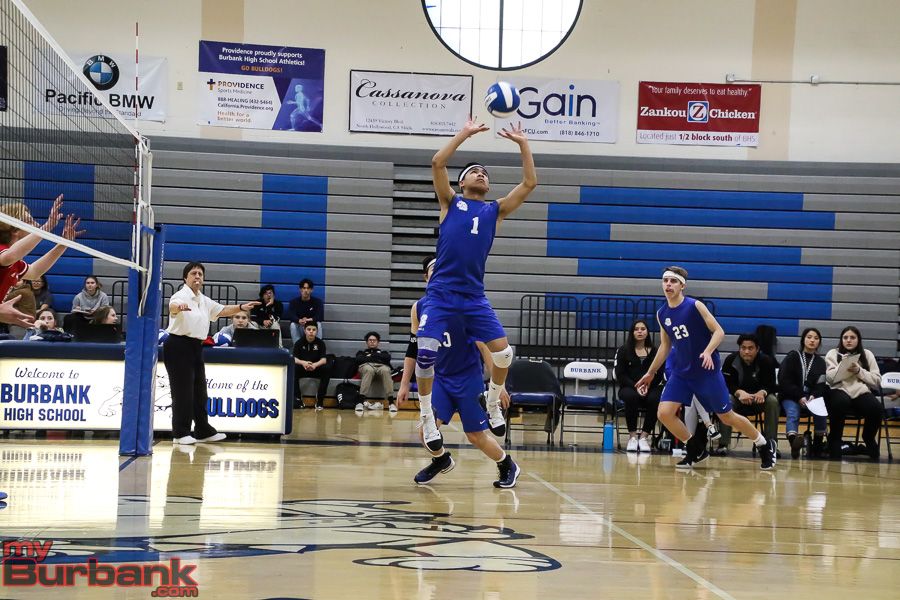 Senior setter Brandon Villaflor gets the Bulldogs’ offense in motion. (Photo by Ross A. Benson)

Rojo then continued: “They need to play with maximum effort every time. Their goals are playing well consistently, trying to knock off the big three [Burroughs, Crescenta Valley and Arcadia] and go as far as we can in the CIF,” he noted.

Senior opposite hitter Jack Raytis will also be asked to lead while senior setter Brandon Villaflor will get the ball to the hitters.

Senior middle blocker Kalam Park will have a key role as will senior Ryan Rickey for the Bulldogs, who begin their league trek with a match against visiting Hoover on Feb. 28.