Shoes packs more drama in its 18 minutes than most films do in a 100.  We follow a pair of beautiful red shoes on their journey from a fancy shop window to Auschwitz. It is absolutely brilliant filmmaking, the kind of work that inspires other film makers. 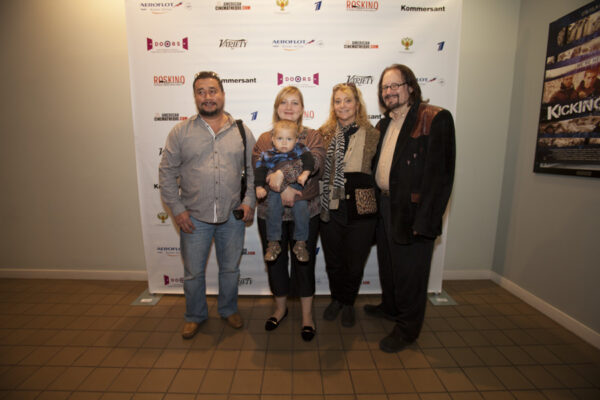 Writer/Director/Producer COSTA FAM reminds us that the movies are first and foremost a visual medium. Shoes has no dialogue. It tells a story too heartbreaking for mere words. Egor Romanenko’s evocative score speaks directly to our hearts about the profound joys and sorrows of the human condition.

We do not see faces. We see legs, and shoes. Shoes is like the Raising the Flag on Iwo Jima photograph. The faces don’t matter. The people whose names go into the history books are not the ones being honored. Rather, we are asked to remember what befell vast numbers of ordinary people during World War Two, one of the most horrific periods in human history.

At the beginning of the film we see are a pair of worn black shoes, though they still receive the respect of a good shine. The shoes have engaged the rough cobblestones of their journey for a season, and, like the more fortunate among us, have enjoyed a full life.

Then we see the beautiful red shoes on display, soon to replace the black shoes and adorn the feet of a vibrant young woman at the beginning of her adult life. Before Shoes, I thought only great dancing would allow a pair of legs to tell a great story. Boy, was I wrong. Or perhaps it’s that I need to enlarge my idea of what dancing really is.

While still in their prime, the red shoes are separated from the young woman who animated them so well.  They join countless other pairs of shoes, all now ownerless.  The Red Army discovers them when they liberate the Auschwitz Concentration Camp. In the years that follow, the shoes are once again on display.  And this time they move us.

Take a sturdy handkerchief with you when you see Shoes. You may need it during the film’s final minute, if not before.

You can see Shoes this coming Tuesday, February 10, at the San Diego Jewish Film Festival. Costa Fam will be there, having just returned from the Monaco Film Festival where he’s won a ton of awards and accolades. 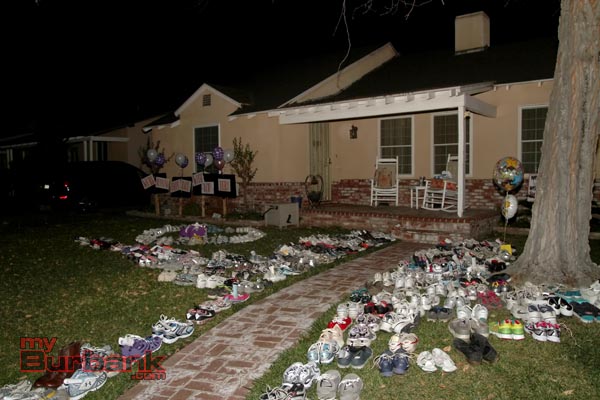 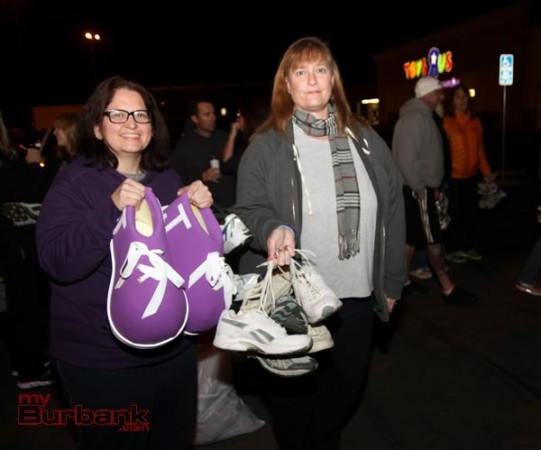 Friends and family offered a large dose of encouragement last week for Jeri Buliavac who is undergoing chemotherapy for esophageal cancer.

They set out to surprise her with a “Shoe Your Support” event. They organized a sneaker drive and collected more than 250 pairs of new and gently used sneakers, which they subsequently lined up outside Buliavac’s home late one night.

Buliavac, 49, has a large support system through her client base at Headlines Salon in Burbank where she is a hairstylist. She’s lived in Burbank since eighth grade, attended Jordan Middle School and graduated from Burroughs High School in 1982.

She was diagnosed in November and has been keeping a journal on her progress on the website www.caringbridge.org. Friends also write updates and words of support on the site and the public can donate to the cause.

The shoe idea came from a friend of a friend of Buliavac’s who was suffering from breast cancer. Someone came up with the shoe theme of walking along with her through the cancer fight and people donated any kind of shoe.

“So we transitioned it into the idea for Jeri, since she was running and training for a marathon, that we would do running shoes and we lined her yard with running shoes with notes in them,” Stott said.

More than 100 people met at the Toys R Us parking lot on Victory Boulevard at midnight on Jan. 18. The parking lot is a couple blocks from the Buliavacs’ home. They all walked over to her home and placed the shoes in her yard. A special size 20 pair of sneakers with periwinkle stripes was placed on the front porch. Periwinkle is the color designated for esophageal cancer, Stott added. 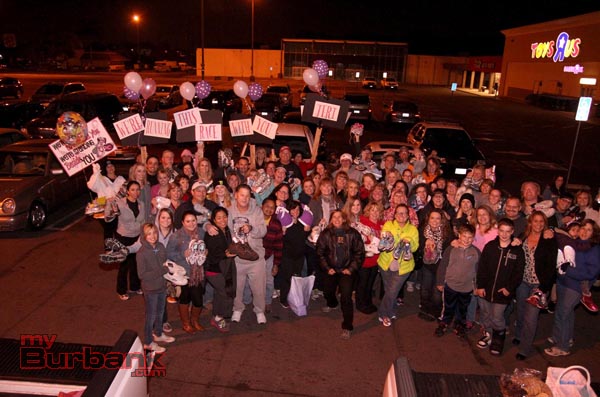 “Her reaction was very touching,” Stott said. “Her daughter videotaped it.”

Buliavac’s three daughters and her cousin slept in the living room that night so they would be there when she got up that next morning. The first thing Buliavac does each morning is open the front drapes.

“So she opened up her front drapes and was just overwhelmed,” Stott said. “She was overcome with all the love and support she saw on her front yard.”

The sneakers were donated to two organizations. Slightly used athletic shoes went to the Marina High School’s lacrosse team in Huntington Beach and the new athletic shoes were given to the Family Service Agency of Burbank. 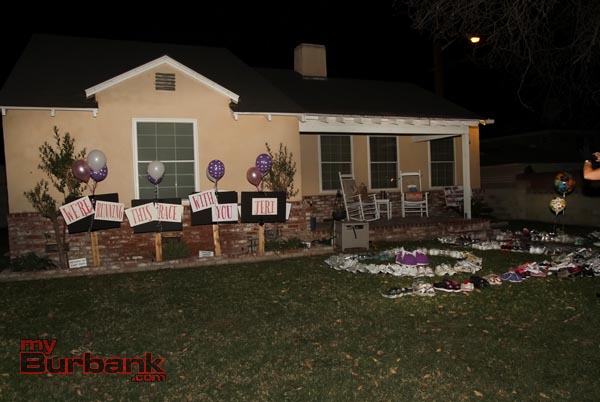 Stott described Buliavac as “tough as nails with a heart of gold.” She is very strong in her beliefs and in her loyalty and friendship.

Buliavac introduced Stott to her husband on a blind date, as he was one of her Buliavac’s salon clients.

“I now have two amazing boys and a wonderful family and that’s all due to Jeri. She gave me my life’s desire,” Stott said. 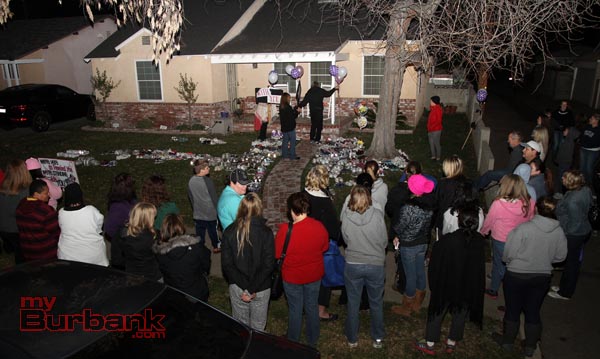 Burbank Temple Emanu El seeks the community’s help and is looking for donations of gently-used women’s clothing, shoes and accessories. Designer labels are encouraged and the temple has already received donations of Coach, Guess, St. John, Tahari, Feragamo, Oleg Cassini, Escada from temple members. Now the temple is asking for the community’s help. Donated items can be dropped off at Burbank Temple Emanu El ofﬁce located at 1302 No. Glenoaks Blvd. Burbank, CA 91504.

The temple will send a driver in the local community to pick up women’s clothing and accessories after an estate or garage sale, or if a donor is house-bound or there is large amount to be move. All clothing and accessory donations are tax deductible and donor names will be entered in a drawing to win a prize.

“Designer styles are still fashionable the ‘Second Time Around,’” says Joan Kagen, “So while we want gently used women’s items, we are really seeking those designer labels that people will show up for.”

The community is also invited to Burbank Temple Emanu El’s ﬁrst ever Second Time Around High End Boutique, slated for Sunday, May 6th from 9 am to 3 pm, in the temple social hall. 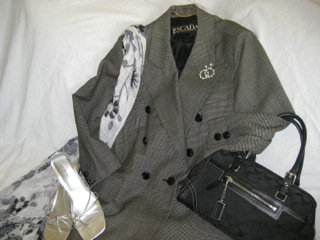 Sales from the Second Time Around Boutique will help support temple programs and Burbank afﬁliations. Unsold professional attire will be donated to Dress for Success, a Los Angeles philanthropy outﬁtting business attire to women returning to the workforce.