There is a core of players on the Burbank High football team that have been teammates for nearly a decade, dating all the way back to the third grade.

On Friday night, this senior group celebrated mightily after the Bulldogs routed city rival Burroughs 36-7 in the 68th Annual Big Game at Memorial Field before a packed house. 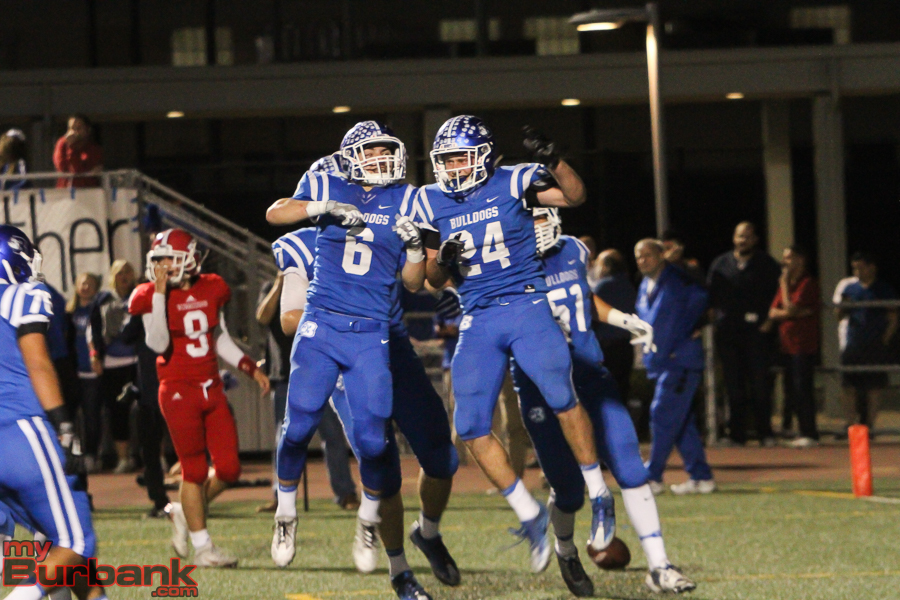 With the exception of Fajardo, a wide receiver and defensive back and Porras, a defensive lineman and punter, who were injured with cracked ribs and a broken foot respectively, the others played in the Pacific League finale.

The notion of family begins with Coach Richard Broussard, who pulls his club together.

“That’s what we’re about. It’s awesome to play for their school, play together, go on family vacations together and represent their city,” Broussard said. “We don’t get that any more. Playing together and being a family is important.”

The Bulldogs’ calling card has been their defense, which held the Indians, who were without senior quarterback Hayden Zepeda because of a knee injury, to 112 total net yards, including 21 yards on the ground. 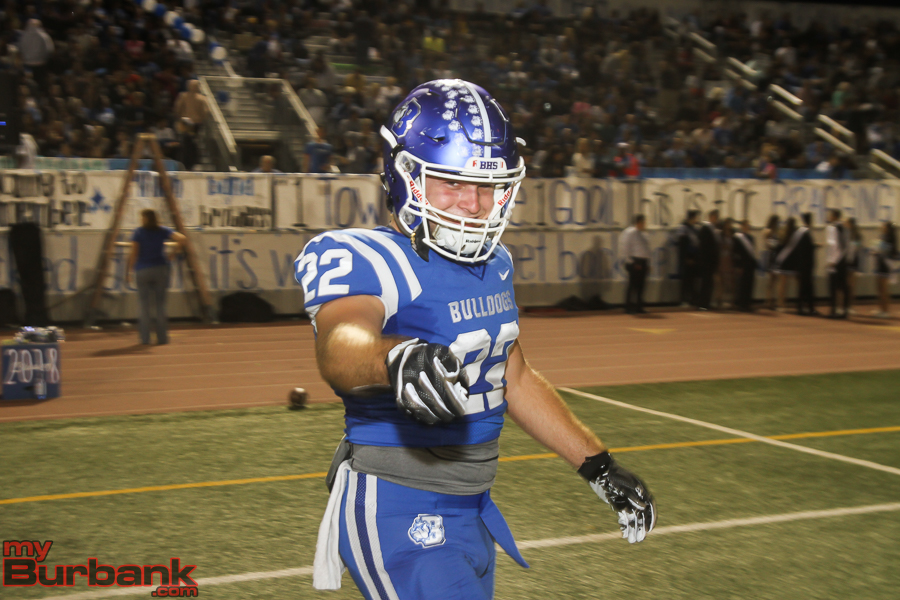 Defensive back Andy Reyes is one of the team leaders. (Photo by © Ross A. Benson)

Burroughs senior tailback Chance Bell, a prolific ball carrier, didn’t score and was held to minus two yards on eight carries in the first half and 14 yards on 12 rushes in the second half.

Part of the reason for those poor numbers was the direct result of Warren, Breslin, Reyes, Flores and Kelley, who made sure there were few holes for Bell to run through.

“We came out and made the plays that we had to,” said Kelley, a linebacker and running back who had two sacks, 11 for the season and 15 in his career. “Our team came out and played beyond what we thought we could. There was no stopping us.” 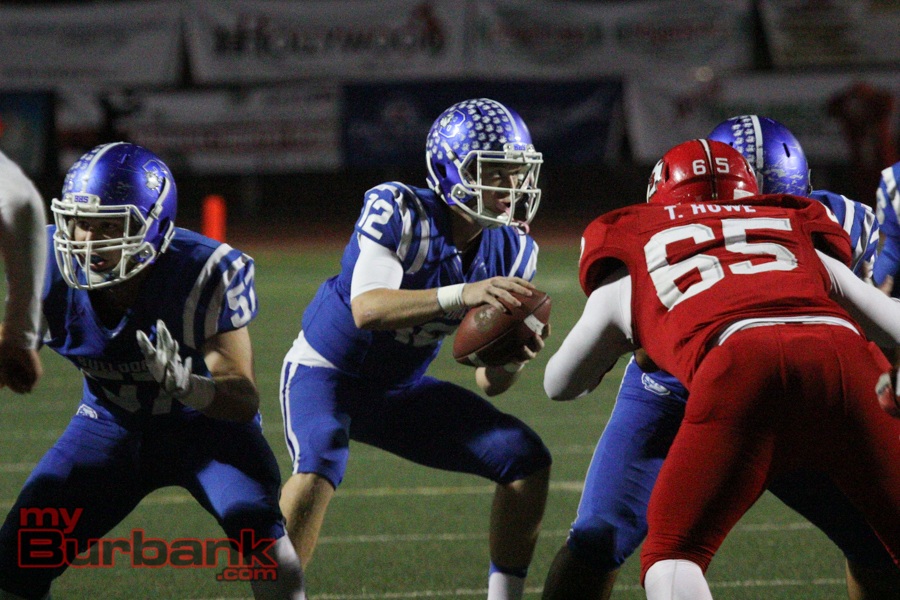 Quarterback Guy Gibbs leads the Bulldogs’ offense in a win over the Indians. Photo By: Edward Tovmassian

Reyes, a defensive back and running back, talked about the group as being a big family.

“It’s always been that way with us,” he said. “We made the big plays. We always push ourselves.”

Warren, a defensive back and running back who scored on a one-yard run early in the third quarter to make it 29-0 and finished with 54 yards on 16 carries, spoke about playing against the Indians.

“I’m so proud of the offensive line,” he said. “We showed up today. I had confidence in the team and that we were going to come out with a win.”

Gibbs, a quarterback, hit eight of 17 attempts for 126 yards with one interception, had a 13-yard scoring toss to Kelley (23 yards on two receptions) with 5:33 left in the second quarter that made it 22-0.

Miller, a wide receiver and running back, delivered 78 yards on eight carries and had a 24-yard scoring jaunt with 11:54 left in the second quarter that helped the Bulldogs pull ahead 15-0. Miller also grabbed two passes for 32 yards.

The Bulldogs, who closed the regular season with a 7-3 mark and second place in the league with a 6-1 record, will have at least one more game in the CIF Southern Section playoffs next week.

One more time for the core to play football, something that they all love to do.