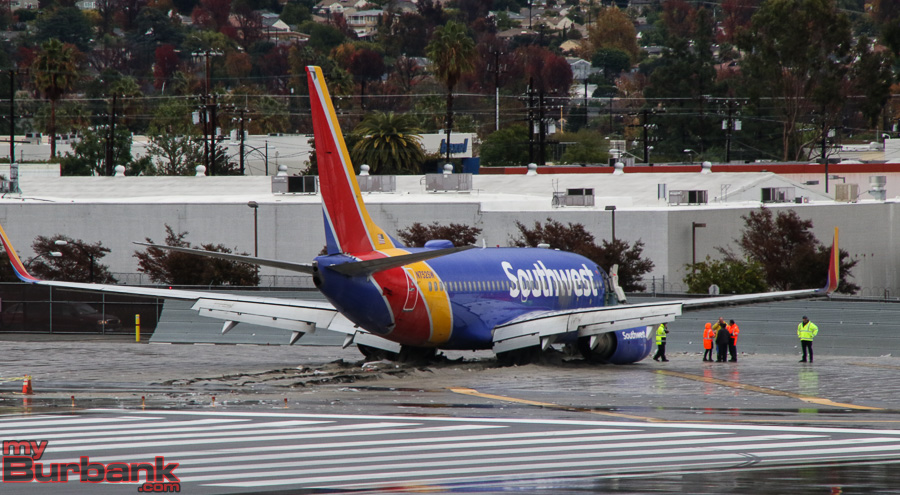 During the height of the rain pounding the Burbank area Thursday morning, December 6, a Southwest plane suffered a runway excursion when it skidded past the end of the runway at Hollywood Burbank Airport. 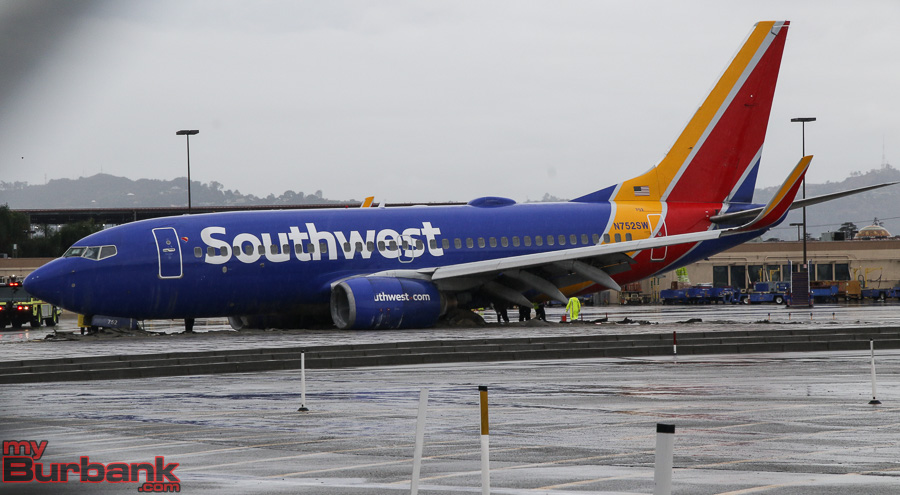 Southwest Flight 278, a Boeing 737-700 which departed Oakland, was landing on Runway 8 where it quickly ran out of room. Burbank fire was dispatched at 9:04 am along with Airport Authority Crash Units to the scene.

Upon arrival, firefighters quickly established with the Captain of the Southwest flight that there were no injuries on board to the 112 passengers and five crew members on the flight.  There was also no issue of a fuel leak. 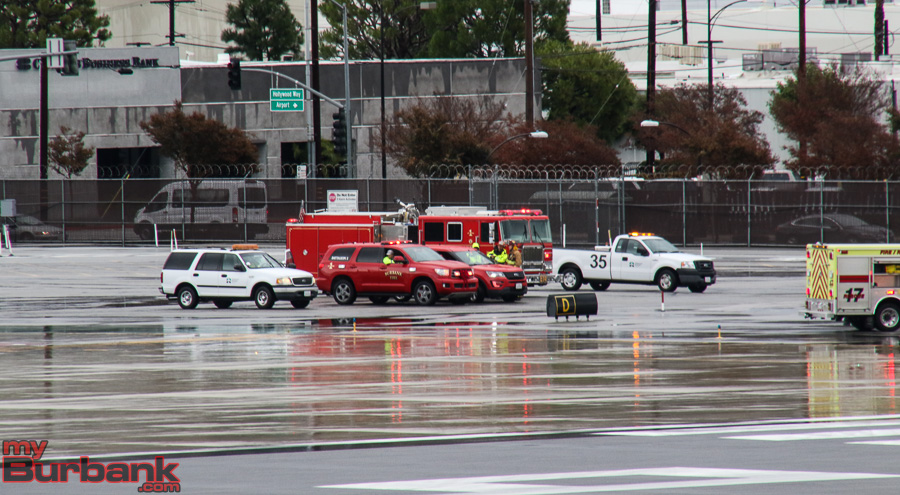 At first the plan was to offload the passengers with passenger ramp stairs from the rear but because of where the plane was located, they were not able to locate the stairs. After considering having the passengers exit by the plane’s slide, firefighters were able to get a ladder in place and deplane the passengers from the front door of the plane.  The passengers were taken to the A8 and A9 gates to be checked out while the two pilots remained with the plane until their supervisors arrived. There was one reported minor injury that was treated by paramedics and the person was not transported to the hospital. 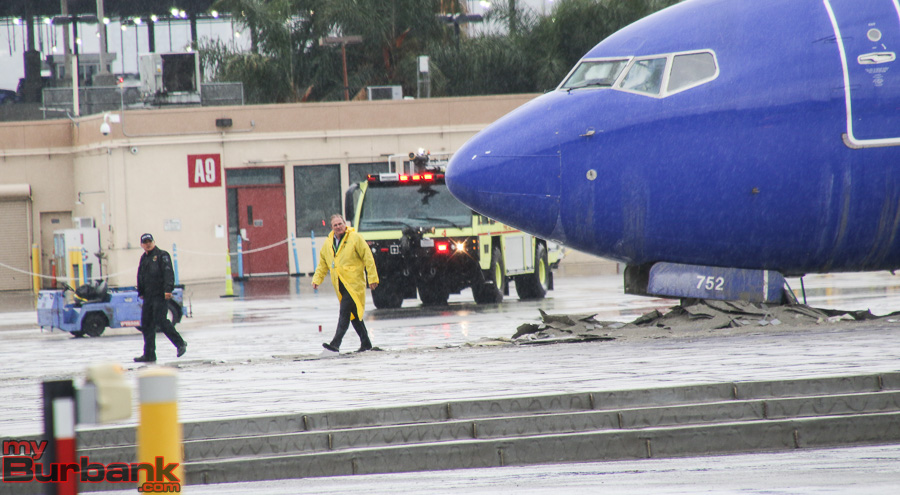 The front landing gear remained intact after being stopped by the engineered materials arrestor system (Photo By Ross A. Benson)

The 737 was stopped by an engineered materials arrestor system (EMAS) that was put in place after a Southwest plane failed to stop on the same runway on March 5, 2000. At that time the 737 crashed through a sound barrier and wound up on Hollywood Way.

EMAS is described as a “high energy absorbing materials of selected strength, which will reliably and predictably crush under the weight of an aircraft”. As of May 2017, over 100 EMAS have been installed at over 60 US airports. 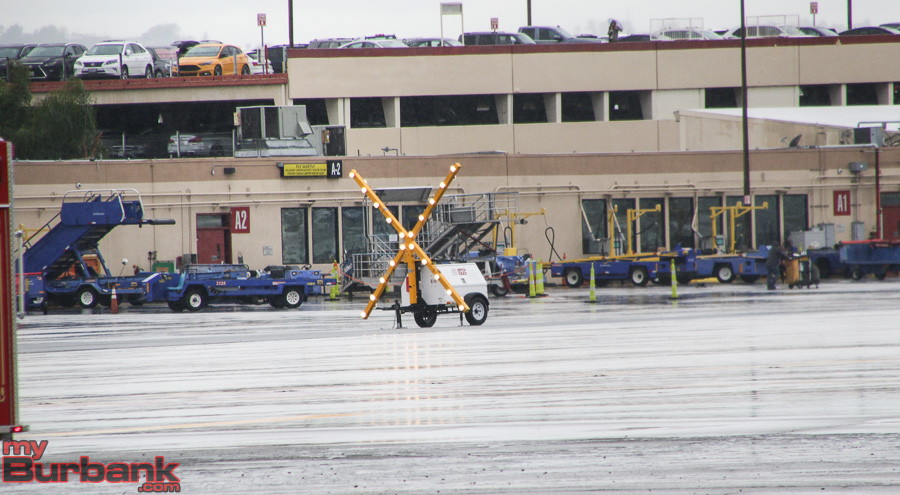 A large lighted ‘X’ was placed on the runway to mark its closure (Photo By Ross A. Benson)

According to their Twitter account, the airport remained open although the runway 8/26 was closed. “Hollywood Burbank Airport remains open. All Terminal B gates remain open and Terminal A Gates A1-A5 remain open. Runway 8/26 has been closed due to the incident. Runway 15/33 remains operational. Please check your flight status with your airline.”

According to the airport, all airlines resumed operations as of 4 pm with some delays and cancellations.

“Service between Nashville, the melting pot of different genres of music, and Burbank, the media and entertainment capital of the world, and gateway to the L.A. basin, is a perfect match for the music and entertainment industry,” says Hollywood Burbank Airport Executive Director, Frank Miller.

“Passengers from around the world and country can now travel through Atlanta, nonstop to Burbank, the media and entertainment capital of the world, and gateway to the Los Angeles basin.” said Miller. “Likewise, passengers can depart from Hollywood Burbank Airport and travel just about anywhere in the world through Atlanta. Traveling overseas just got easier and more convenient.”

Hartsfield-Jackson Atlanta International Airport, a global gateway and the busiest airport in the world, serves more than 100 million passengers a year, and offers more than 150 domestic and 70 international destinations. 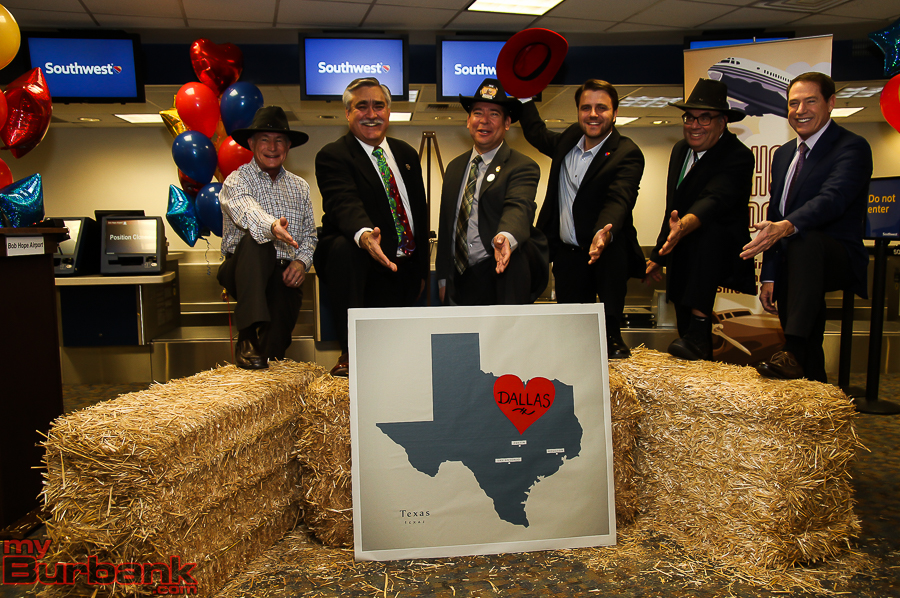 Tickets for the new service became available for purchase Tuesday morning on www.southwest.com. 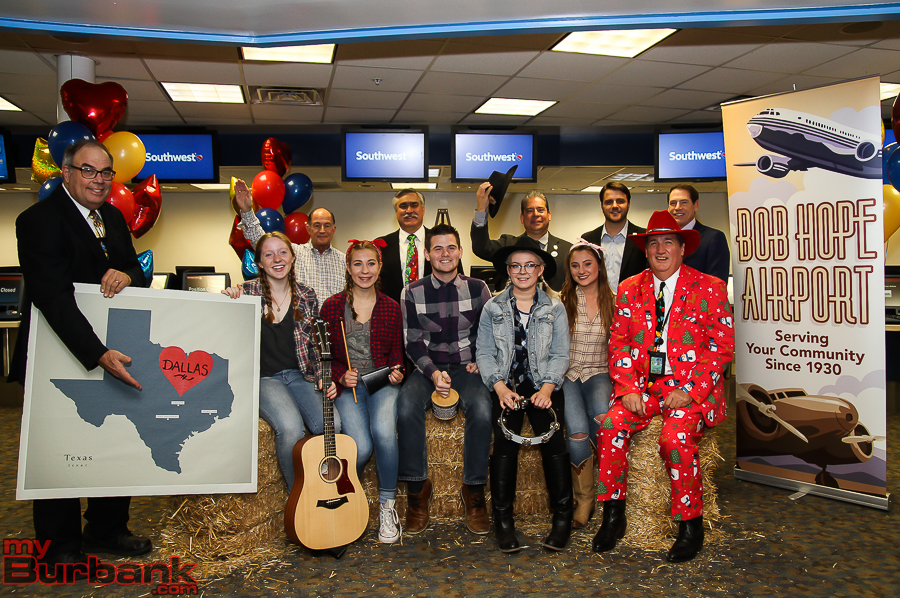