Jemison will talk about challenges she faced growing up on the south side of Chicago, as a 16-year-old freshman at Stanford University, life as a Peace Corps Medical Officer in Africa and her now historic flight as Science Mission Specialist on the Endeavour in 1992. 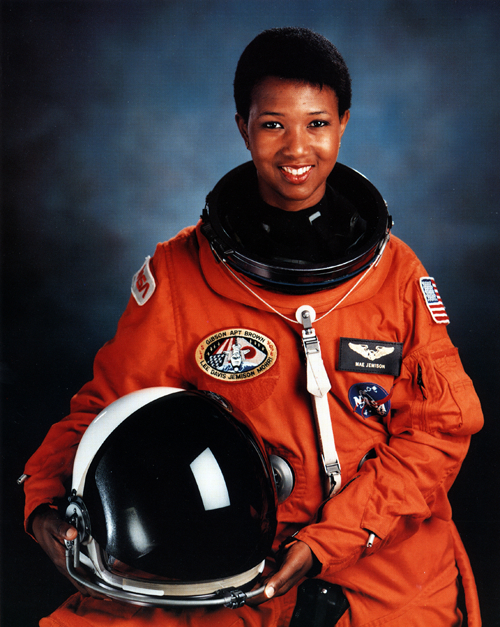 Dr. Mae Jemison, first African-American woman in space, served as Science Mission Specialist on the Endeavour in 1992. (Photo Courtesy of the National Aeronautics and Space Administration)

Jemison heads The Jemison Group, a science and technology consulting firm, and is the principal of the 100 Year Starship organization. Through the Dorothy Jemison Foundation for Excellence, she holds annual summer science camps in Los Angeles for thousands of middle school aged children from the L.A. area.

“One of the things I’m very interested in, is how do we get more people involved in understanding they can determine where this world goes,” commented Jemison via phone from her office in Houston, Texas. “Right now we’re sort of in this malaise sometimes, where we as individuals may not believe we have an impact on the world, and yet, we do. Our impact can be in small ways and sometimes in large ways.”

The name of the 100 Year Starship proposal that won a recent Defense Advanced Research Projects Agency (DARPA) grant points to the goals of the organization: An Inclusive, Audacious Journey Transforms Life Here On Earth And Beyond. The 100 Year Starship works to develop technologies and knowledge to allow human travel beyond our solar system in the next 100 years.

“The idea behind it is, as we think forward, as we start pushing into places that we don’t actually have the answers for, that can actually be very beneficial to life right now,” explained Jemison. “We as adults impact what our children aspire to and what they see. Children can’t make us invest in the future, that’s something as adults we have to see why we want to invest in the future.” 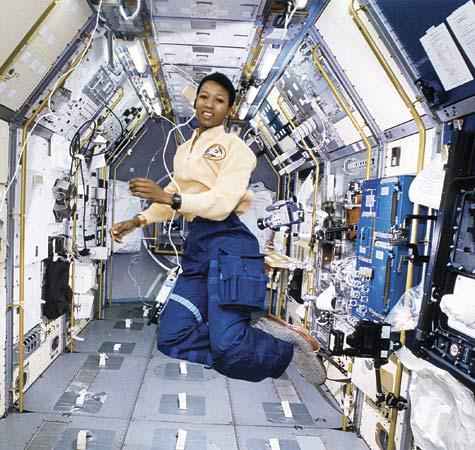 Astronomy is something every group of people around the world have been involved with, she added.

“We have to think about sustainability – you can’t stop off at the grocery store along the way. How do you renew and refresh your oxygen, your equipment? We have to learn about optimizing human health as well.”

“Those things are really important if you’re going to look at life here on earth,” Jemison said. This whole issue about energy with [fossil fuels] – it’s not going to last and we’re fouling our environment with it. So we have to think of another energy source. We have to figure out ways to manage waste.”

“Pushing for capabilities of going someplace else makes us stop and handle it in this microcosm.”

Jemison also discussed human behavior in relation to the 100 Year Starship program. “How do we do something that is that bold and that big? As humans we have to learn how to work together… how do we get people to interact with each other on the starship and what would be some of the work we could do?” 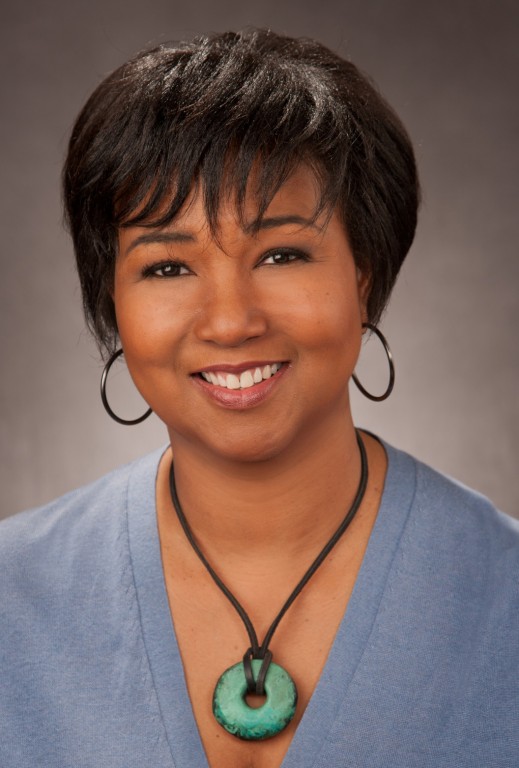 Jemison will also talk about space exploration as inclusive of all genders and ethnicities and across academic and practical disciplines. She mentioned the challenge for people in engineering, science and technology fields to see young women and people of color coming in to these fields as colleagues.

“It’s better than it was in some ways because the images are there and we talk about it more, ” she said. “But, in some fields there has not been much progress made. Engineering still hangs around 20-25%.”

“Girls do as well as, or actually better than boys, all the way through high school. There was a study done by Bayer corporation, who I do a lot of work with, where they asked college professors who were the best people suited and prepared to get a degree in engineering or their discipline and they said the women students were.”

“Women students drop out in higher numbers and they were okay with that,” Jemison went on to note. “So that says there’s some more we have to do. I think we’re up to the task, because we can put that into the conversation more.”

Jemison pointed to the progress made at Harvey Mudd College with the arrival of renowned mathematician Maria Klawe as college president in 2006. Since Klawe’s arrival, the number of women graduating with science degrees has tripled.

“By making it a concerted effort, by thinking about how you change the environment in which the young women arrive as well as their interactions with the professors and other folks,” growth for women in science fields is possible, Jemison said. 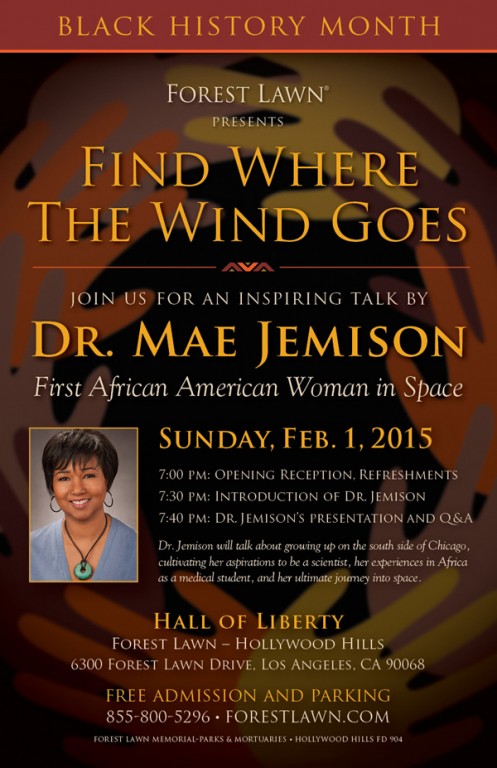 “We have to acknowledge some of the shortcomings: what do we show girls is important these days? There’s more emphasis placed on looks… and that’s adults. It’s adults who are putting that stuff up, who are producing the programs and the shows that emphasize [surface over substance.]”

“Not only can we change things but we need to acknowledge that we are the ones who are responsible for those images right now.”

Jemison’s love and learning of dance has continued through her 58 years. When she was younger, she wanted to be a dancer. She has even built a dance studio at her home.

“There are so many times we’re given these ideas that we can only be one thing,” she said, talking about dance and creative outlets. “It’s almost impossible to just be one thing. Life is not as full or as interesting without it.”

“It doesn’t mean that you don’t have to buckle down or make a choice between two things, because you might not be able to do both at the same time, but you can still have parts of them. They can be part of your life.”

Sunday, Jemison will share her personal experiences serving as Peace Corps Medical Officer for Sierra Leone and Liberia and working with a Cambodian refugee camp and the Flying Doctors of East Africa. Jemison earned engineering and African and Afro-American studies degrees from Stanford and a medical degree from Cornell University.

Jemison completed her medical internship at Los Angeles County/USC Medical Center. She worked as a general practice doctor in Los Angeles and took graduate engineering courses until she was selected for the astronaut program.

By 1983, NASA began a shift towards inclusion with the Space Shuttle program that carried into space the first American woman, Sally Ride, and the first African-American man, Guion Bluford. Aboard Space Shuttle Endeavour in September 1992, Jemison served as Science Mission Specialist for cooperative study between the United States and Japan, focusing on life science and materials-processing experiments. Space Shuttle Endeavour resides at the California Science Center in Downtown Los Angeles.

“We know it’s Super Bowl Sunday but please come out after the Super Bowl,” said Jemison. “I ask people to join me on this adventure of the 100 Year Starship and join me in this discussion of where we want the world to go.”