Burbank police have arrested a 34-year-old Tujunga man for the Monday, May 18 shooting on Sunset Canyon that left a man with several gunshot wounds to his lower body.

Gevorg Hovhannisyan was taken into custody after police secured a warrant for his arrest. Police, along with SWAT, initially went to his home in the 10600 block of Wilsey Avenue, Tujunga. The warrant also included his vehicle that was found in a McDonald’s parking lot at 7950 Foothill Blvd. in Tujunga. Hovhannisyan was located inside his vehicle and taken into custody Tuesday morning, according to a press release issued by the Burbank Police Department.

According to the release, investigators have determined this was not a random act of violence. The suspect and victim know each other. While the victim did suffer numerous gunshot wounds, he is now listed in stable condition at a local hospital after undergoing surgery.

Anyone who witnessed the shooting or has information about this case is encouraged to contact Burbank Police Detectives at (818) 238-3210. 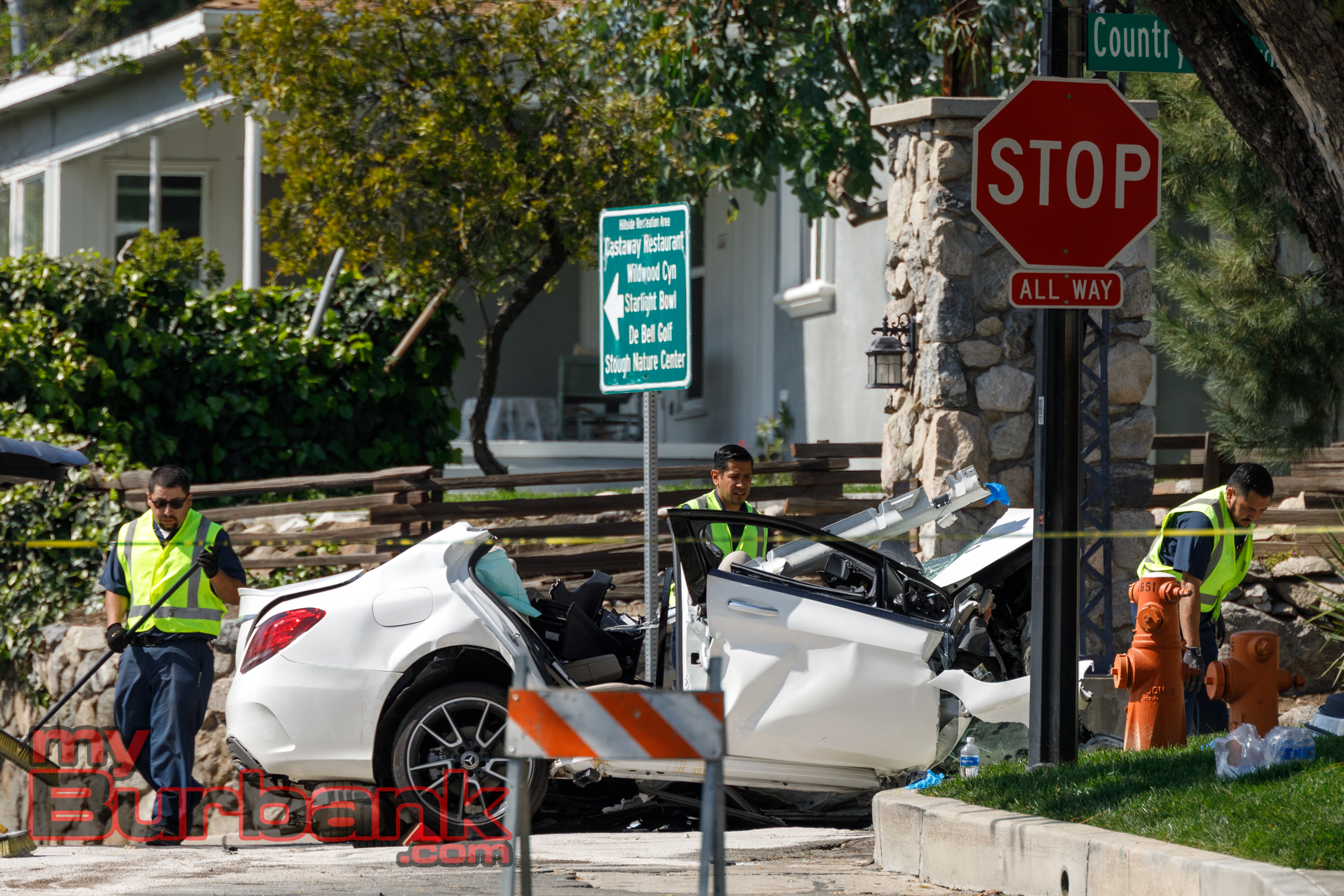 Police are investigating an accident at the corner of Sunset Canyon and Olive that left a El Cajon man dead after striking the stone pillar at the entrance to Country Club Drive. 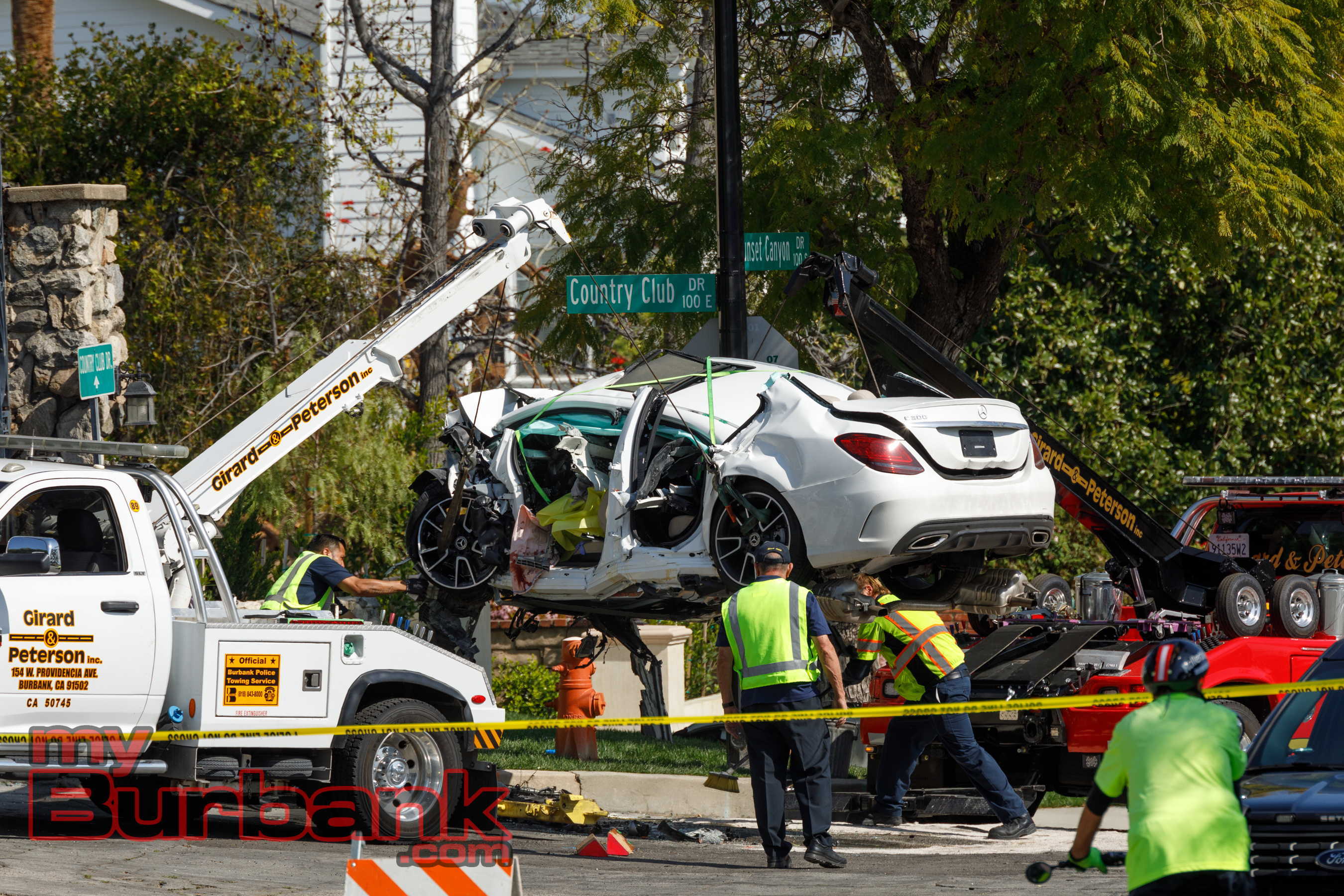 Police were dispatched along with a full rescue response from the fire department around 12:30 pm on Wednesday, April 1 for a report of a solo vehicle traffic accident with a person trapped in the vehicle.

Once they arrived, it was determined that the driver was deceased and was pronounced at the scene. There were no other people in the vehicle, a white Mercedes-Benz, that police have determined had struck the pillar head-on, resulting in major damage to the vehicle. The coroner was notified who responded to the scene to pick up the victim. 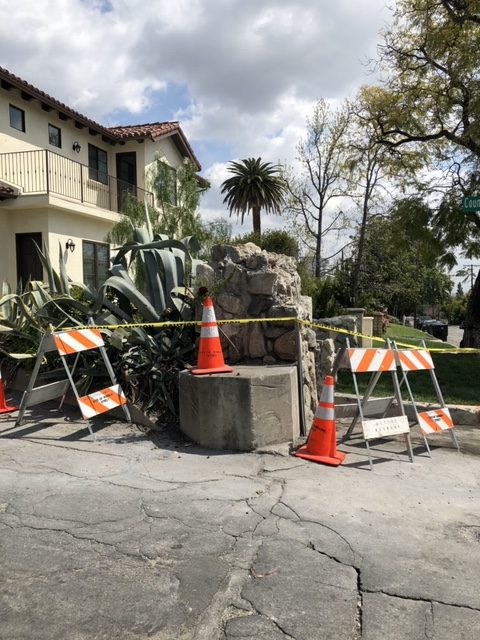 Police reported that several witnesses near the scene of the accident reported seeing the car driving erratically and speeding before the collision occurred. It will not be known if drugs or alcohol played a factor until the coroner releases his preliminary report.

At the time of the crash, the Mercedes was reported as a stolen vehicle. Burbank traffic investigators later learned the car was stolen earlier in the morning from a relative of the victim. No other vehicles were involved and the Public Works Department was called out to inspect the damage to the pillar.

Anyone with information about this collision is asked to call the Burbank Police Department Traffic Bureau, at (818) 238-3100. 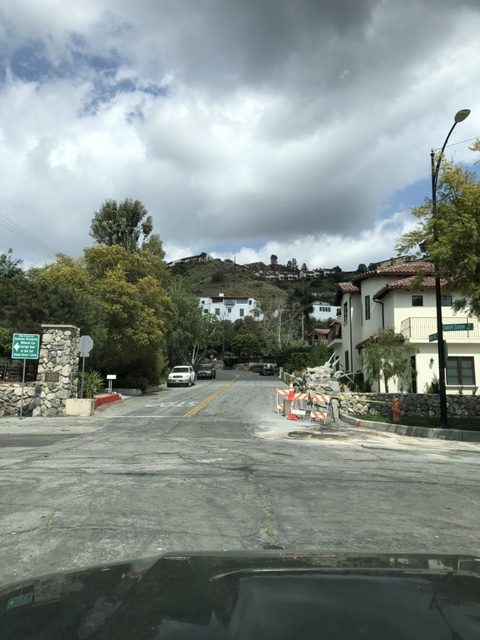 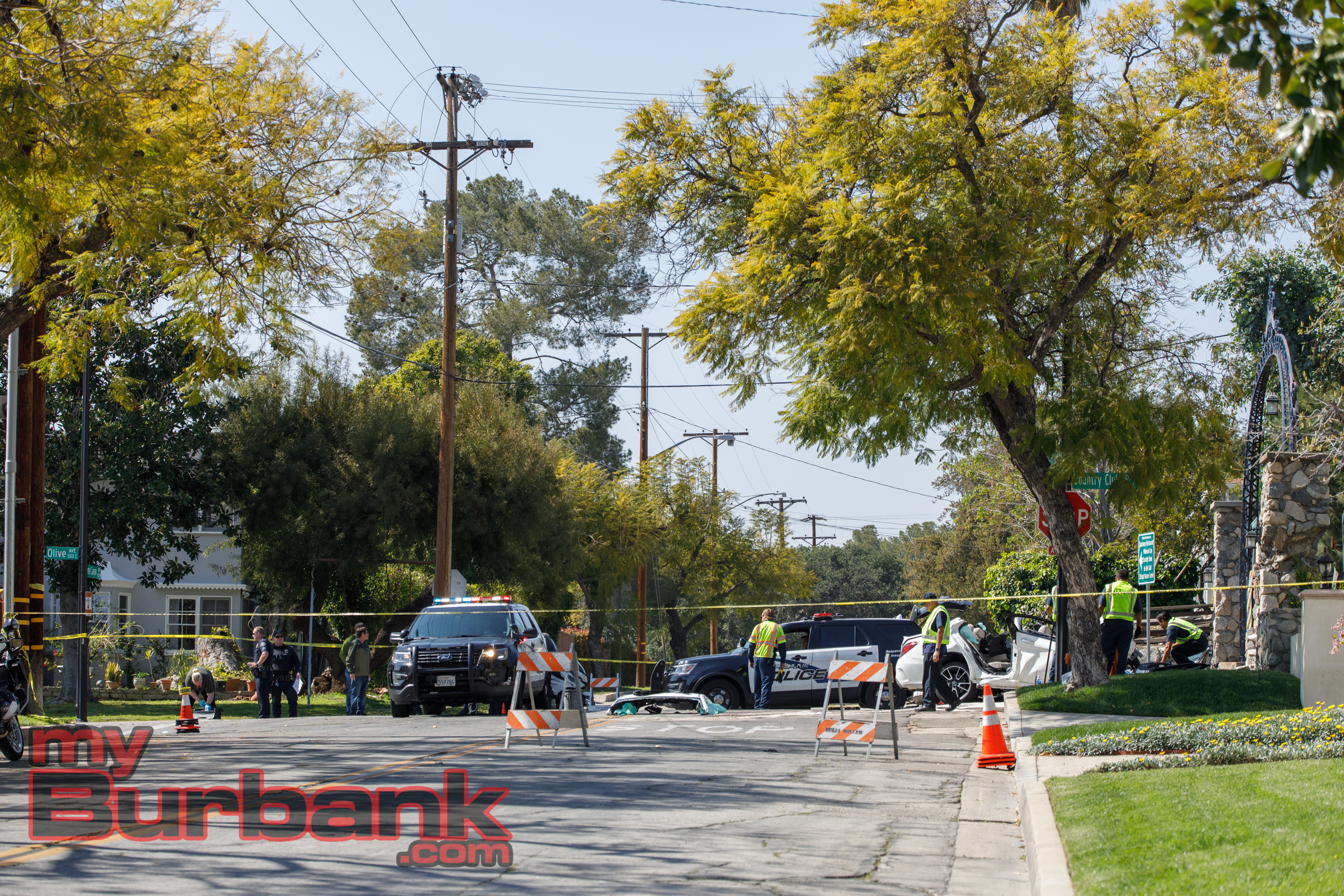