Earlier in 2013, the Cusumano Real Estate Group announced plans for ‘Talaria at Burbank,’ an innovative mixed-use residential and retail building to be located on a parcel of land bordered by the 134 Freeway, Alameda Ave. to the north, Lima St. to the east and Olive Ave. on the south. Pending approvals from the City on the project, the anticipated timeline includes plans to break ground in the summer of 2014, with completion by early 2017.

“We believe that there are a lot of employees that work in the general vicinity of this project that would be natural tenants here because they could walk to work and would enjoy the benefits of the many amenities that have been included in this project,” comments Cusumano Real Estate President Michael Cusumano. “We believe that many employees in the area that now drive home to Pasadena, Glendale or downtown Los Angeles would prefer to live in Burbank if the right property was available to them, and we have designed Talaria at Burbank to be just the property.” 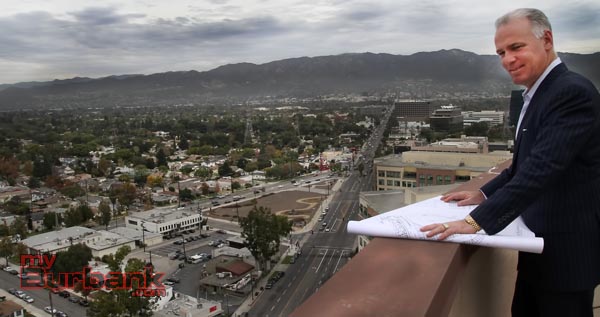 Michael Cusumano looks at plans for Talaria at Burbank above the proposed development site. (Photo By Ross A. Benson)

Talaria at Burbank will be the first LEED-certified, “green” residential building in the City of Burbank. It will offer a state-of-the-art Whole Foods Market featuring a host of amenities the developers believe will be attractive to Burbank residents, including a restaurant with a patio and a beer, wine and liquors service. The store will feature plenty of bicycle parking for both employees and guests, as well as the Whole Foods’ customary, comprehensive array of fresh and organic produce, meats, seafoods, cheeses, wines and prepared foods. 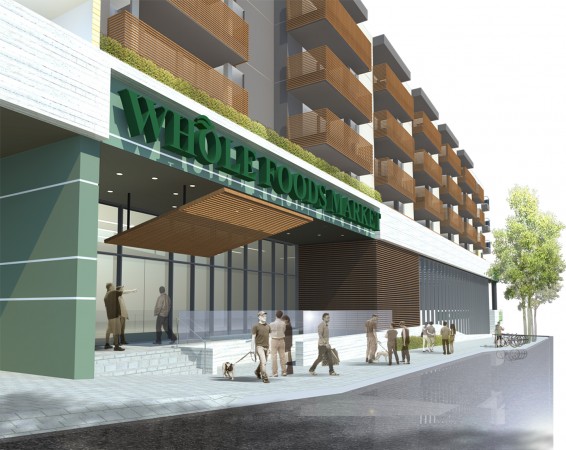 The Talaria facility will be within walking distance to tens of thousands of media jobs and media employees whom the Cusumano Group believe to be ideal customers for both the Whole Foods Market and the Talaria apartments. The residential component will feature a host of amenities not matched by any other residential community previously built in Burbank, including electrical car charging stations, secure resident bike storage, a bike work shop, plentiful guest car and bike parking, a business center with conference room, a gym with weights, treadmills, spin studio, locker rooms and steam rooms, a large lounge are opening onto a resort-style pool with water and fire features and cabana, outdoor barbeque and dining areas.

The proposed site for Talaria at Burbank was first considered for development in the early 2000s. Another developer began to consolidate the various properties which now make up the site, comprised of more than 16 separate properties and 24 separate parcels. That developer successfully entitled the site for a mixed-use project that was nine stories in height, consisting of more than 500,000 square feet. However, the developer was not able to acquire all of the parts of the site from the various owners and the site became available. The Cusumano Real Estate Group acquired a portion of the site in 2008 and the rest of the site in 2009 and has been working on the Talaria plan since that time. Whole Foods proposed a significantly larger Whole Foods store in 2006 in the Burbank Rancho area which was rejected by the City.

The Cusumano Real Estate Group has completed a number of successful mixed-use commercial projects, but Talaria represents their first mixed-use retail and residential project. The project architect is Van Tilburg, Banvard & Soderbergh from Santa Monica, landscape and outdoor space architect is Melendrez Landscape Architects from Los Angeles, the LEED consultants are Homage Design from Los Angeles and A Sustainable Production from Sherman Oaks and the consulting general contractor is McCormick Construction from Burbank. Mr. Cusumano adds, “We anticipate using many local Burbank sub-contractors to work on the project, as we always do.” 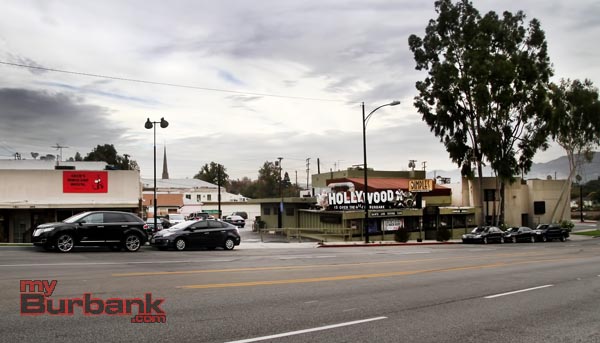 Street-level view of part of the proposed Talaria at Burbank site. (Photo by Ross A. Benson)

The Cusumano Real Estate Group has discussed and prepared for the relocation concerns of the current tenants in the few remaining, aging apartment buildings on the proposed site. “We will work with the existing tenants to relocate them to other properties in Burbank once the project is approved,” explains Mr. Cusumano. “The Cusumano Real Estate Group is the largest owner of apartments in the City of Burbank and we will be able to move the existing residents into other properties that we own more effectively than if another, ‘outside developer,’ simply bought the properties. We are in the apartment business; every month we rent 30-60 properties to new residential tenants. Relocating the forty or so households from this site will occur over a period of several months.”

“In the 1980s and 1990s, we built dozens of new apartment complexes throughout Burbank, which required the removal of older apartments and homes,” continues Mr. Cusumano. “And during that time, we relocated dozens of households.”

Talaria is the name of the winged shoes of the god Hermes or Mercury of classical mythology. “The Talaria carried the gods upward and was therefore, ‘uplifting,'” explains Mr. Cusumano. “Which is what we want this project to be.”

Future meetings on Talaria will be held, with times and dates to be announced. Burbank residents can get more information on this project and contact the Cusumano Real Estate Group by visiting the project website.