A teenaged boy is dead, and Burbank Police are investigating the unusual circumstances surrounding the young man’s death.  He has been identified as Raul Alvarez, Jr., 16, of North Hollywood. 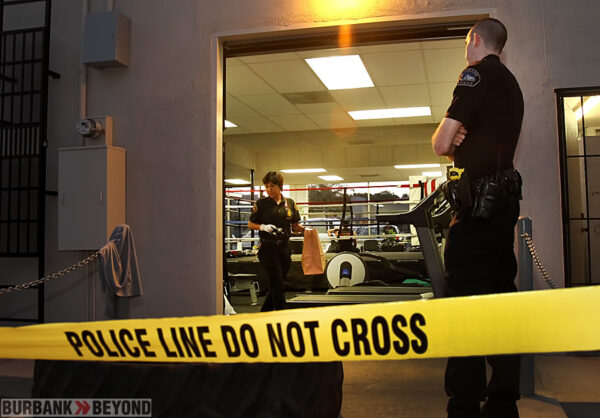 Verdugo Fire Dispatch received a call for medical assistance, and dispatched Engine 12 and Rescue Ambulance 15 to Pullman’s Gym, 4320 W. Magnolia Blvd. at 5:55 p.m.  Paramedics treated the 16 year-old boy at the scene and transported him to Providence St. Joseph Medical Center at 6:08 p.m.

Police officers were dispatched to the hospital and the gym at 6:45 p.m., when emergency room personnel alerted an officer at the hospital on an unrelated matter about the teen’s grave condition.  Initial reports were that the boy had been sparring with someone at the gym, and had received a blow to the face.   He died about an hour later at the hospital. 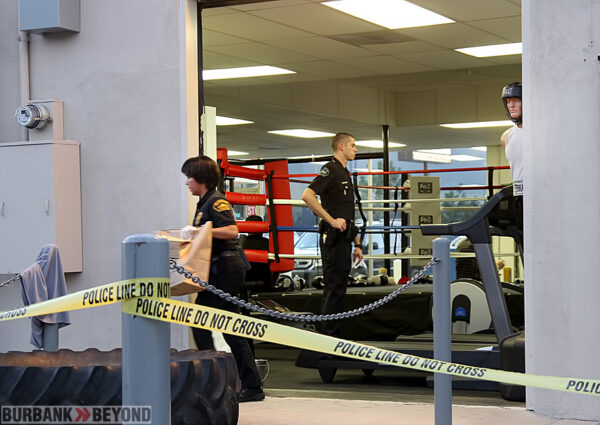 An investigation into Alvarez’s death is being conducted by the Burbank Police Department.   They determined that he was wear head and body protective gear while sparring.  He complained of pain after the sparring session, which prompted the call for paramedics.  The cause of death is pending the results of an autopsy by the Los Angeles County Coroner’s Office. 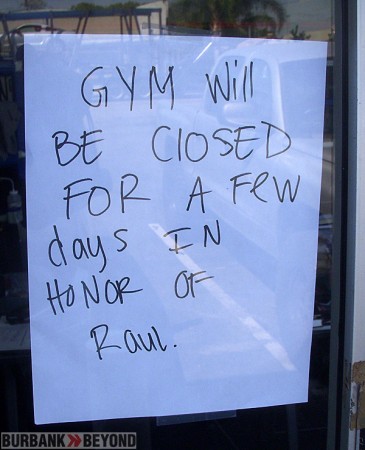 A sign on the front door of the gym

The gym, which is located in a store front in the Magnolia Park section of town, specializes in boxing.  Sparring, which is commonly used in boxing training as well as other martial arts, is a type of practice fighting in which blows are held back or not delivered with full force.

On Pullman Gym’s website, pictures show it is primarily used for boxing with a ring, numerous body and speed bags mounted for use.

Pullman’s Gym was contacted, but has not yet returned our call for comments. 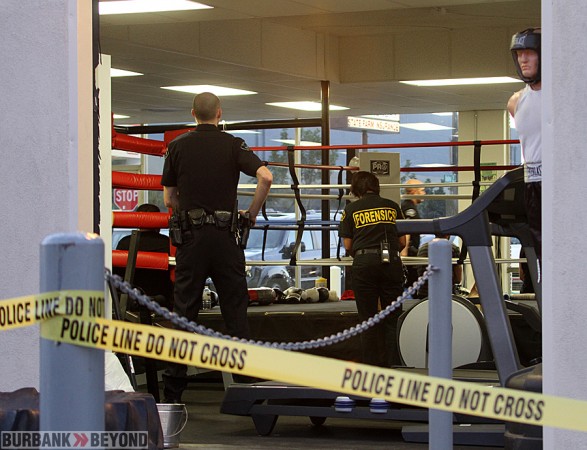