A late-night incident on Thursday, August 1 could have wound up a whole lot worse. 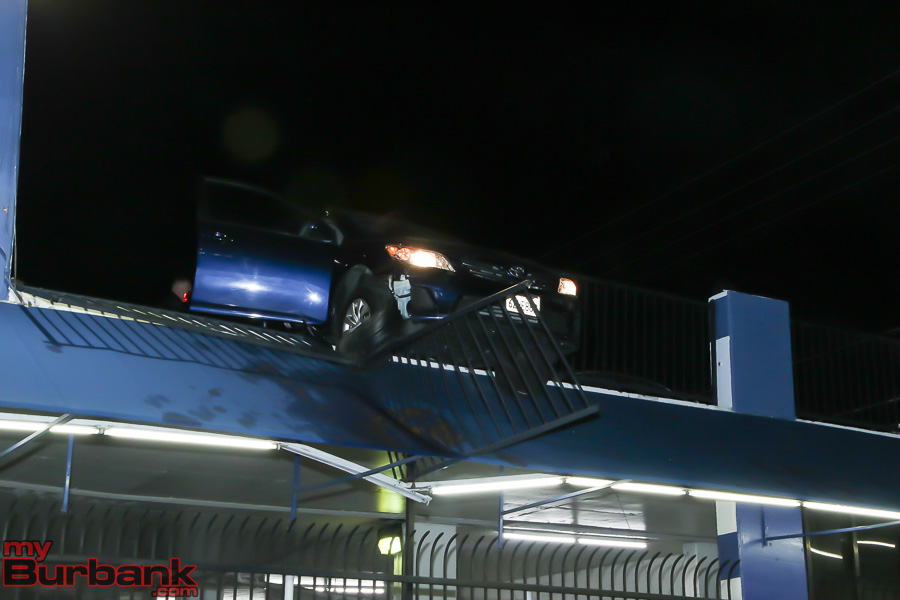 Burbank fire was dispatched on a call at V.S.P. Parking at 2612 Hollywood Way, across from Hollywood Burbank Airport, for a vehicle that was halfway over the side of the parking structure with wheels spinning. A rescue response, including an Urban Search and Rescue, were dispatched.

According to Battalion Chief and Department Spokesman John Owings, arriving units “found one vehicle partially over the side on the 2nd story of the parking structure with all occupants out and no injuries.”

It is not known how the driver wound up in that position. Firefighters remained on scene as the vehicle was pulled back.

“Burbank Fire stabilized the vehicle and provided medical care to the driver. BPD (Burbank Police) called a tow truck who was able to pull the car safely from the edge of the structure,” according to Owing. 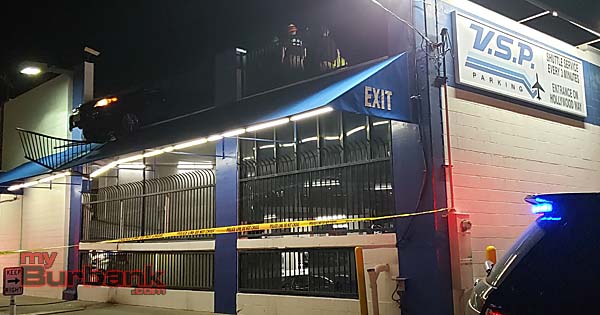 A car dangles from the parking structure at V.S.P. Parking on Hollywood Way. (Photo by Ross A. Benson)