Open through May 13, the Jasper Johns exhibit, “Something Resembling Truth,” provides a thematic look at his development as an artist over his sixty year career. Tickets are still available for the special exhibition at The Broad Museum in downtown Los Angeles.

Born in 1930, Johns first garnered notice in the art world for his painting Flag (1954-55), which the Korean War vet created after having a dream about the American flag. 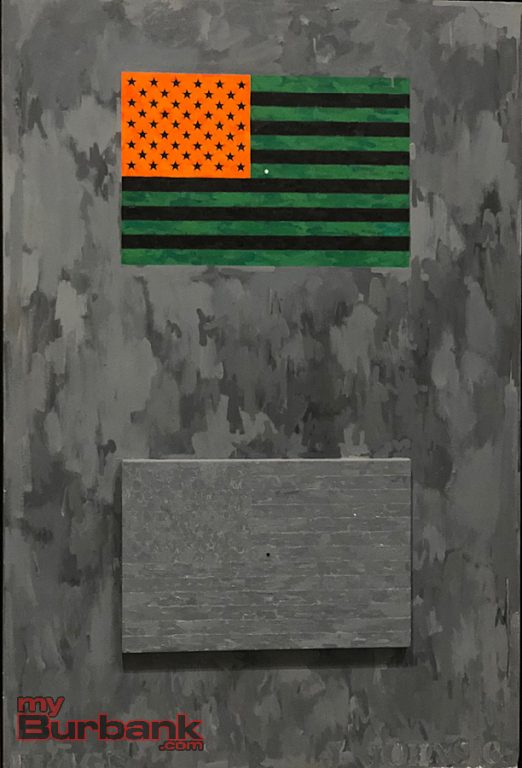 Jasper Johns’ “Flags” (1968) uses an optical illusion to reproduce the red, white and blue colors of the American flag on the gray field. (Photo By Lisa Paredes)

Johns’ use of iconic and commonplace symbols such as flags, maps, letters, numbers and targets brought him to the forefront of the neo-Dadaist movement.

His sculptures and collages include everyday items like flashlights, doorknobs, rulers and chalkboards.

The artist still doesn’t like to explain his art. But his comment about focusing on “things the mind already knows” has been included in many an exhibit and profile article over the decades.

According to his own comment on his exhibition of the Flag, Target and Number paintings in 1958, “It all began with my painting a picture of an American flag. Using this design took care of a great deal for me because I didn’t have to design it.”

“So I want on to similar things like the targets, things the mind already knows,” Johns said.

“That gave me room to work on other levels. For instance, I’ve always thought of a painting as a surface; painting it in one color made this very clear… A picture ought to be looked at the same way you look at a radiator.” 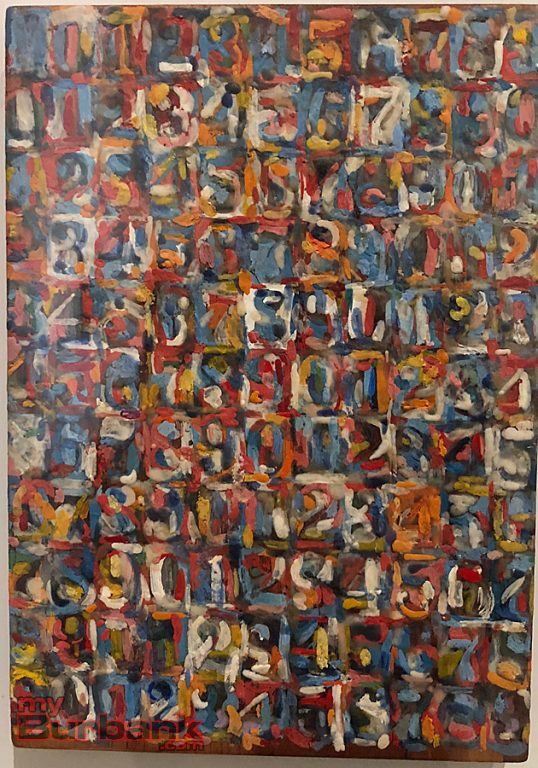 “Numbers in Color” (1959) by Jasper Johns is on view at The Broad Museum. (Photo By Lisa Paredes)

He uses familiar symbols and objects portrayed through a variety of techniques and styles including encaustic (heated beeswax), painting, sculpture, graphic arts, printmaking and collage.

The Broad exhibit includes recent works by Johns, in additional to many of his iconic works.

Also on view at The Broad are the museum’s regular collection and the selfie-taking favorite, Yayoi Kusama’s Infinity Mirrored Room—The Souls of Millions of Light Years Away, 2013.

An additional Kusama infinity mirrored room, Longing for Eternity, 2017, is also on view.

Access to The Broad’s permanent collection and the infinity rooms are included with the purchase of the Jasper Johns “Something Resembling Truth” special exhibition ticket.

The rooms require a separate signup to reserve a place in line. Information on the process for viewing the rooms can be found here. 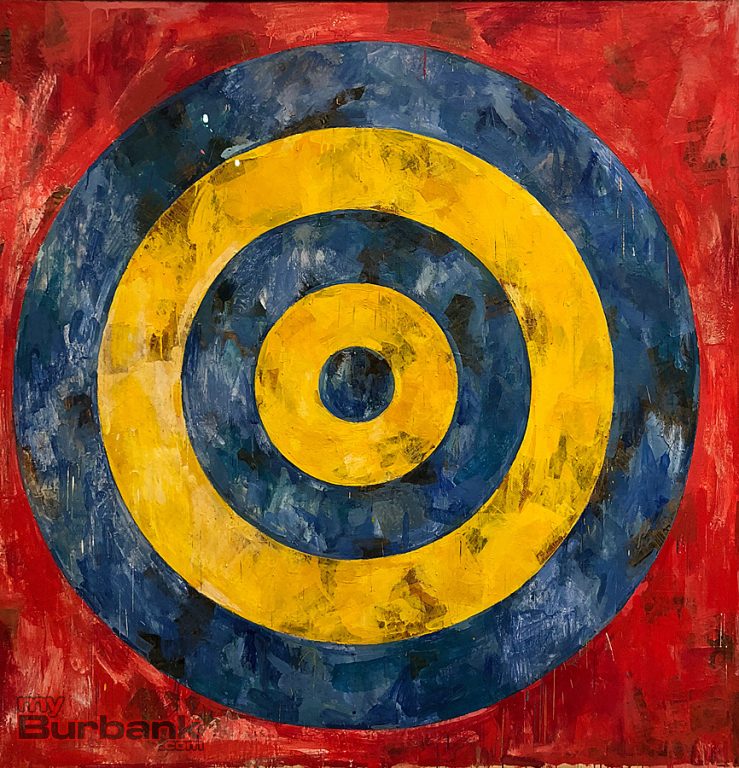 “Target” (1958) by Jasper Johns is one of several recurring images used over the six decades of his artistic life. (Photo By Lisa Paredes)

Since opening in September 2015, The Broad has had a steady stream of visitors explore its excellent collection of contemporary art. Any day of the week, the standby line stretches down Second Street with an average wait of 45 – 90 minutes. Free advance tickets are usually completely reserved within minutes of becoming available.

Boasting iconic works from contemporary art stars including Ed Ruschka, Robert Rasuchenberg, Andy Warhol, Cy Twombly, Takashi Murakami and Jeff Koons, the regular collection draws a range of reactions from visitors and makes The Broad a great Get Out of Town! adventure any day of the year. 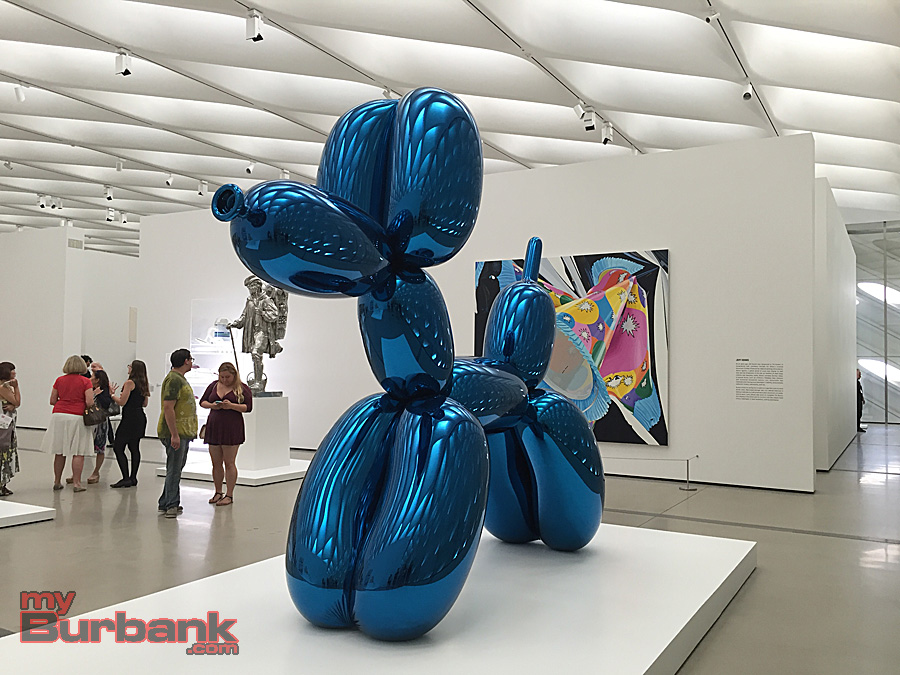 A rotating schedule of special exhibitions and installations, including Cindy Sherman: Imitation of Life which runs through October 2 and Yayoi Kusama’s Infinity Mirrored Room which runs through the fall of 2016, result in an exciting experience.

Open, airy and filled with natural light, The Broad may be popular but the timed ticket approach works well to prevent overcrowding inside. Free reserved tickets for the following month are available at noon on the first day of every month by logging on to The Broad’s website. 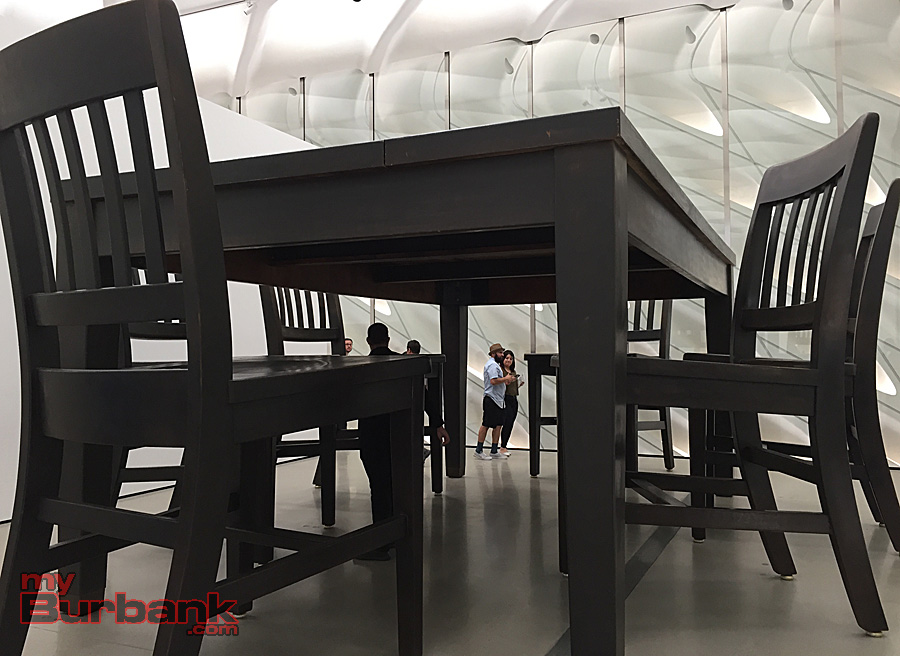 “Under The Table” by Robert Therrien. (Photo By Lisa Paredes)

Those interested in viewing the Infinity Mirrored Room are advised to arrive as early as possible, as timed tickets – also free – are required to enter the installation. One person at a time is allowed to enter the room, for about 45 seconds.

Thus, tickets for the room are usually booked up by early afternoon. Timed tickets are available from a kiosk in the center of the first floor, just after visitors enter The Broad’s main doors. 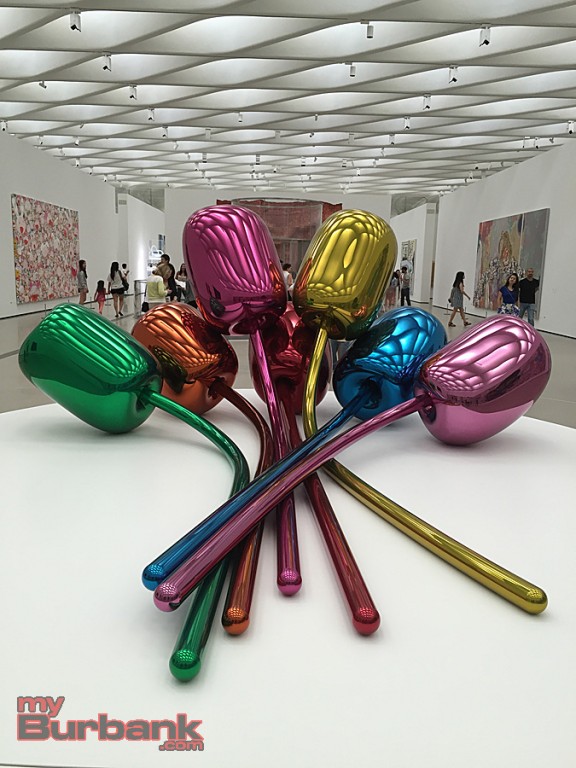 Parking is available underneath the museum for a minimum $12 to a maximum of $22. Several cafes and restaurants are located near The Broad, including our favorite, Otium Restaurant.

Tickets for the current Cindy Sherman exhibit are $12 and available in advance on The Broad website.

The Broad. (Photo By Lisa Paredes)

“Under The Table” by Robert Therrien. (Photo By Lisa Paredes)