The Group Rep’s A Streetcar Named Desire will knock you off the tracks to nowhere and send you careening into a New Orleans den crackling with sexual energy.  Kudos to Director L. FLINT ESQUERRA and his superb cast. 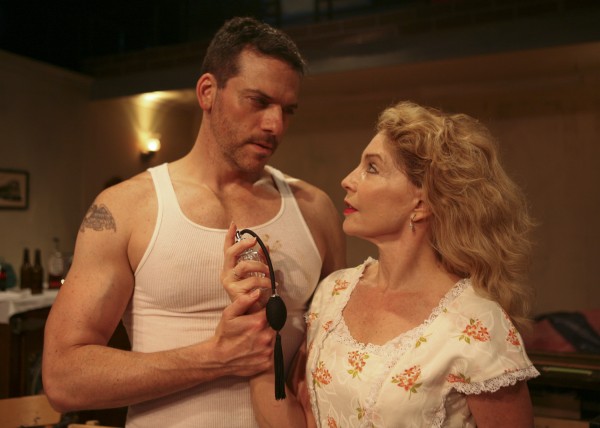 If you’ve never seen the play before, the Rep’s performance will show why Streetcar remains an eternal classic. If you have seen the play, maybe the movie version featuring Marlon Brando’s iconic performance, see it again at the Lonny Chapman Theatre. You’ll discover that a new generation of actors can summon the primordial powers that lurk behind ordinary life. 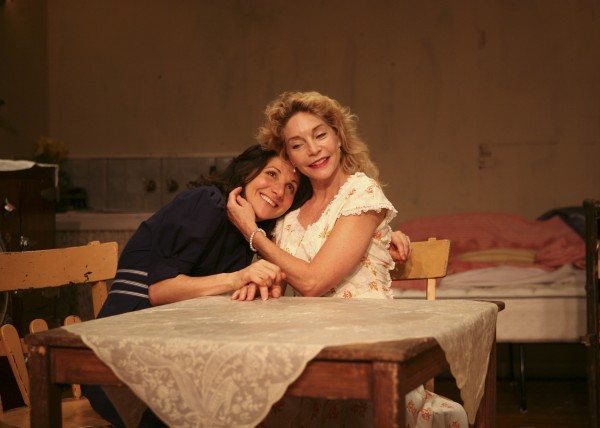 Have you ever had a relative (or two) who moved in with you “just until they got back on their feet?” Then you know that the conflicts that can be pushed aside during the annual holiday gathering (if no one gets too plastered, that is) are not so easily ignored during longer visits.

In Streetcar, the summer is steamy, and the Kowalski’s cramped apartment is a pressure cooker without a relief valve.

Blanche, in her salad days a commanding and seductive beauty, is now becoming wilted lettuce. Not a good situation for a woman in financial freefall, thanks to personal misfortune and feckless male relatives. Kitten Stella and tiger Stanley are wild about each other, in spite of Stanley’s explosive temper and errant fists. Stanley is not wild about Blanche, and openly scorns her aristocratic airs.  Meanwhile, sad sack “nice guy” Mitch (KENT BUTLER) is trying to fumble his way into the sack with Blanche, “trying” being the operative word here. 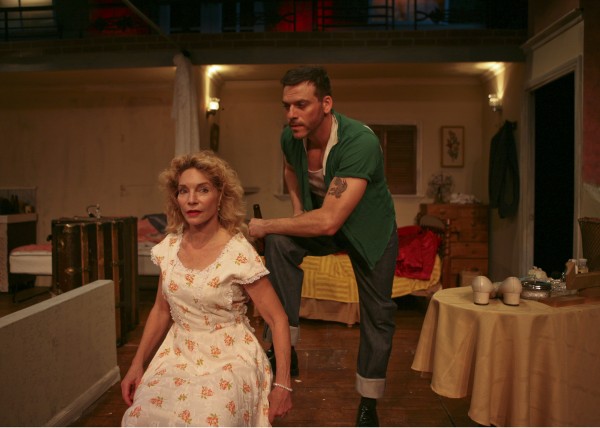 The program flyer rightly notes that Tennessee William’s Streetcar “is considered one of the most remarkable plays of our time.”  And it’s rightly inspired any number of scholarly books, PhD dissertations and undergraduate essays. For me, it boils down to this: men have to learn to be men, neither wimps nor brutes. When they fail at this, sooner or later they drive the women around them nuts.

I think Tennessee Williams did tuck in a more hopeful vision of man-woman relations. Husband Steve (J. KENT INASY) and wife Eunice (LAURA COKER & LizAnne KEIGLEY) give us a wonderfully realized vision of passionate married love that rises above human foibles while staying perfectly aware of them. It is perhaps no accident that they are a generation older than Stanley and Stella. Their sexual wisdom is not easily won or quickly attained. 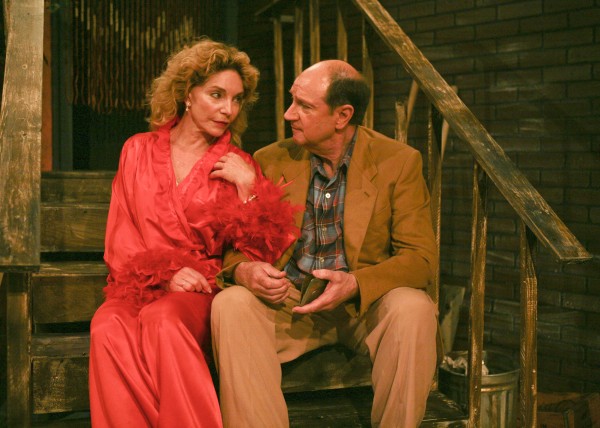 And perhaps that’s why Blanche is rude to Eunice when they first meet, in spite of Eunice’s friendly overtures. Eunice’s looks may be fading along with Blanche’s, but unlike Blanche, a butterfly is stirring within the wrinkling cocoon. 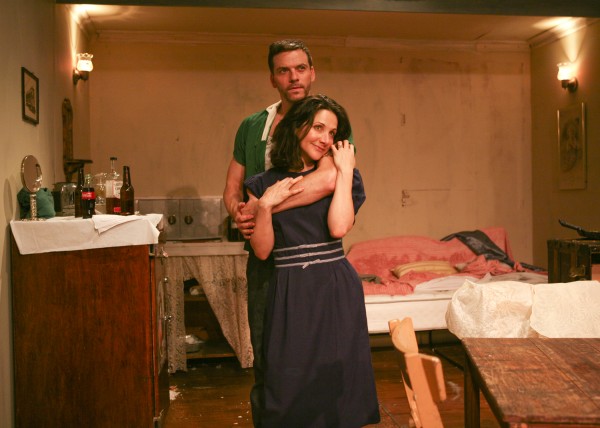