On one end of the court will be the Burroughs Indians, the reigning Pacific League Champions coming off a 34-5 season a year ago that ended only after appearances in the CIF Finals and in the Southern California Championships.

This season the Indians have barely missed a beat, rolling to a 15-3 start overall and a 8-0 showing in the Pacific League, a game up on Claremont.

Meanwhile, Burbank is in its first season of varsity competition after debuting its team at the Junior Varsity level last season. The Bulldogs are just 3-10 overall and winless in league, but are enjoying the battle even if they are losing the wars. 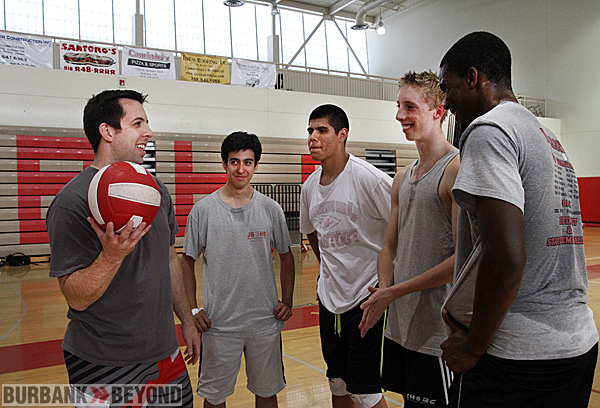 Two teams miles apart in goals and dreams really aren’t that far apart in reality. Believe it or not, the Indians are not that far removed from being where the Bulldogs currently stand as it was only six seasons ago that Coach Joel Brinton started his program from the ground-up with only 12 players and a budget of almost nothing.

“It is pretty incredible to think about it like that, but it really is true that we have come a long way in a relatively short period of time,” Brinton says. “We did it a little different in that we started at the varsity level right from the start, but we really aren’t that very far removed from going through what they are going through right now.”

Now, with almost 50 wins in just over a year-and-half of matches the Indians’ volleyball team is thriving. It is literally the most accomplished program in the city. It is one of the few that has had both regular season and postseason success. It has cranked out players who have gone on to play collegiately. It has literally done almost everything a program can do except win a ring.

“Usually when the preseason goals are shared I here from the players first,” Brinton said late Monday following practice. “But this season I went first and I basically said our goal should be to get back there — to have another shot at a CIF Championship.

“When you say it aloud it sounds really lofty, but I really think it is realistic for us given what we’ve done so far — we just have to keep working,” Brinton adds.

Brinton says a combination of factors have contributed to the program’s success; 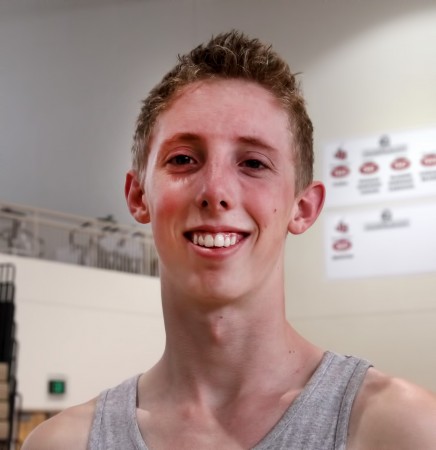 Even following a season in which a half-dozen seniors graduated the Indians’ crop of talent is evident. Leading the squad is three-year varsity middle blocker, Robby Rudecki.

“He’s pretty special in that he can play all rotations,” Brinton says. “Usually middle blockers are not as dynamic and versatile and you want to get them out of the rotation as they approach the back line, but not with Robby — he is a do-all player in that respect.”

Additionally, the Indians also feature Ike Nwachie and Daniel Jacobs. Nwachie is more the typical middle blocker, one who coaches label a “big clumsy,” but he is powerful and he is talented. Jacobs has set program records in kills both in single season and career marks and is another three-year star.

The most important cog to the machine, however, might be a newcomer in setter BJ Lagney.

“He has found his identity and he is so important to our success,” Brinton said.

Burroughs also gets a steady crop of athletes who play volleyball competitively for the first time with the Indians. Freshmen coach, Art Yanez is also the Indians’ freshmen football coach. Young athletes who might in the past be encouraged to lift weights and prepare for spring football practice are instead turning their focus to the hardwood of the volleyball court in the spring. This transition has given the Burroughs program a leg-up on other programs in the area.

Brinton says he has also been fortunate to have found a solid coaching staff that includes Yanez, Brendan Van Loo, Josh Marbach, Frank Salmeron and at times girls’ coach Edwin Real. All have been vital to the program’s rise in some way, shape, or form. In the case of Marbach and Salmeron they are former players in the program and they were both part of the inaugural t eam. Marbach was the first player from the program to go one and play in college. 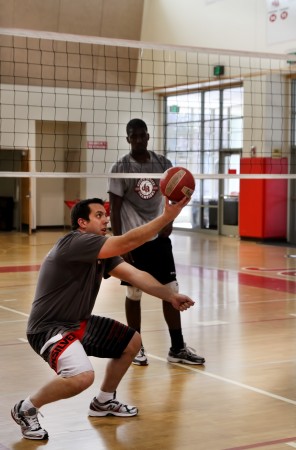 And then there is Brinton, who has worked at Burroughs as teacher only slightly longer than he has coached at the school. Following his first year on faculty in 2005-2006, Brinton started seeking feedback from other coaches on the faculty about starting a program after he learned he had a teaching position at the school in 2006-2007.

“It was a league that had Arcadia and CV who were traditionally strong, but it wasn’t a real deep league overall and it wasn’t crowded with teams,” he said. “I thought we would have a chance to become something pretty fast.”

It happened faster than Brinton expected when the team finished .500 overall and made the playoffs in its second year.

“We got slaughtered, but it was an accomplishment to get in,” he recalls.

Brinton comes from a family of volleyball players and remembers seeing his aunt, Angela Collins, playing games at Cal State Northridge. And although he did not play collegiately he remembers being a part of some pretty intense pick-up games while studying at CSUN.

“All my roommates were on the men’s team,” he said. “I played with them on weekends all the time.”

Brinton has used what he learned growing-up around the game to develop a cohesive high school program from top to bottom.

Brinton’s success story is easy to tell to others. It is the next part of his story that is a little more difficult for someone like me to share — someone who has been fortunate enough to call him both a colleague in the Burbank Unified School District and a friend these last seven years.

Near the end of the fall semester a lump was discovered on Brinton’s thyroid. Doctors took a biopsy to screen for cancer. Just after the holidays, they confirmed it was cancerous.

The 30-year old who was known at Burroughs for his blossoming coaching career was taken back.

“It was surprising, obviously,” he says. “I was like… I have what?

For Brinton it hit too close to home, having lost his mother eight years earlier to cancer. His thoughts went immediately to his young family that includes his wife, Christi, and the couples’ two year-old son, Riley.

“You try to process and you immediately think of the people who you want to be there for… it really puts priorities into even better perspective.”

Brinton said the waiting between initially discovery of the lump and the diagnosis of cancer was the toughest.

“First they tell you it is more common in women, that they make-up about 70% of the reported cases of thyroid cancer,” he recalls. “Then after diagnosis they tell you the other part of the numbers, that in men such lumps are almost always cancerous.” 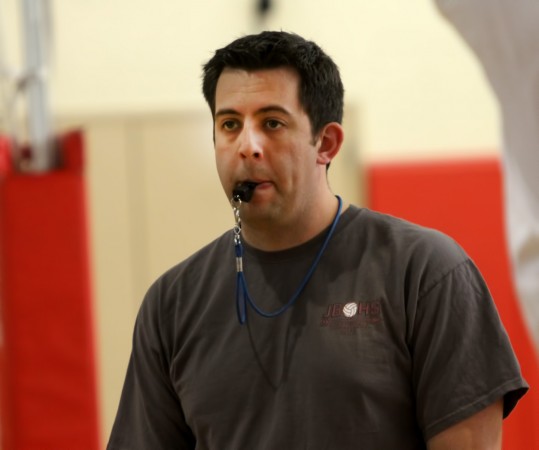 The numbers were too real for a man who is a math teacher by trade. Once diagnosed, Brinton began to focus on treatment. At this moment he considers himself cancer free and he says he never really felt like a victim, but as someone fortunate.

“The reality is I was lucky because it was caught,” he said. “I do not think of myself as a survivor, right now I see myself as a person who had a surgery. I do not want to compare my story to the many people who have really, really battled the disease, I almost feel like it would be disrespectful to them and their stories if that makes any sense.”

All indications have been that Brinton had a successful surgery to remove the cancer in his thyroid and that the cancer was discovered before it spread. He also underwent radiation to make certain that all the cancer cells were dead.

He kept the discovery and treatment of the cancer within a relatively small and intimate circle and has let others learn of his story only gradually.

“I focused on my family, and then eventually some members of my other family — my team,” he said.

Brinton said that he informed his coaches and his veteran players — the juniors and seniors — as the final preparations for this season were being made. His younger players still don’t have the full details.

The fashion in which he dealt with his diagnosis is the same fashion in which he has built his program — one step at a time. In an era where too many young people look to jaded celebrities to find role models, members of the boys’ volleyball program at Burroughs have to look no further than the coach standing before them each day at practice. It is a story to tell indeed.