For the 40th consecutive year, Burbank has been named a Tree City USA city joining Sacramento as the only other Tree City USA in California. 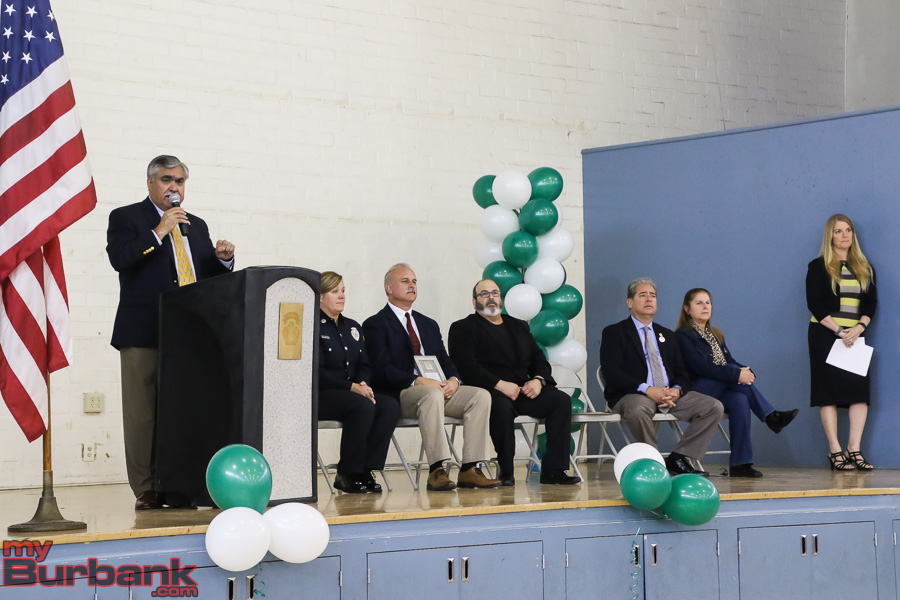 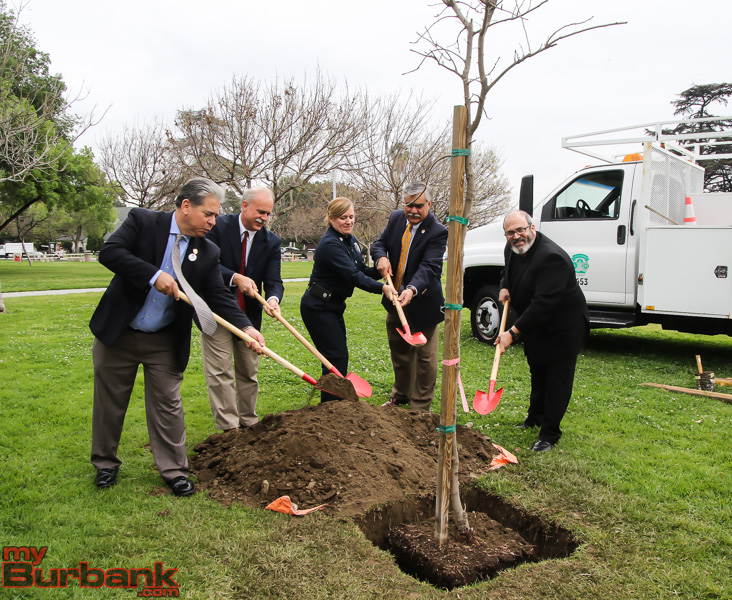 After the presentations, the group went outside where, for the 62nd year, a tree ceremonial tree was planted in McCambridge Park.

The Civic Pride Committee has  now headed up the project for the past 20 years, 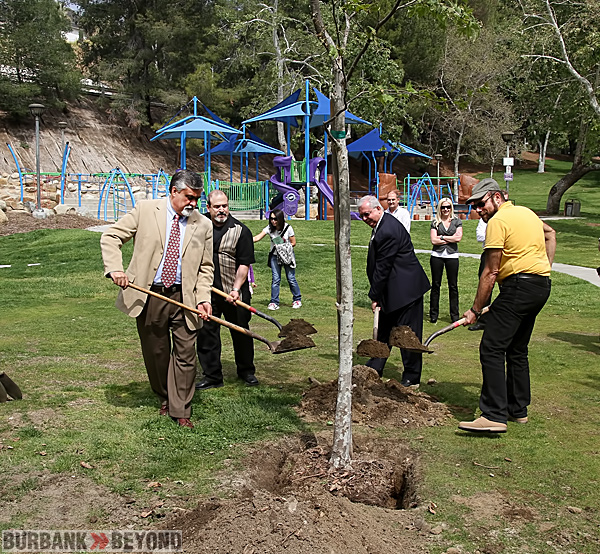 Burbank Mayor Jess Talamantes is joined by Robert Vincent Civic Pride Committee Chairman and others during this years 57th Plant A Tree Ceremonies at Brace Park. (Photo by Ross A. Benson)

The Civic Pride Committee marked the 57th celebration of the Plant-a-Tree project in Burbank with the annual Donor Awards Ceremony Thursday at Brace Canyon Park.

Community members who had made donations in honor of relatives and friends or in memory of those who had passed away received certificates in appreciation for their contributions. Donations are collected each March, which is Arbor Month.

In addition, Burbank has been named a Tree City USA by the National Arbor Day Foundation for the 35th consecutive year, officials said. Burbank and the city of San Francisco are the only two cities in the state to have been recognized since the program’s inception. 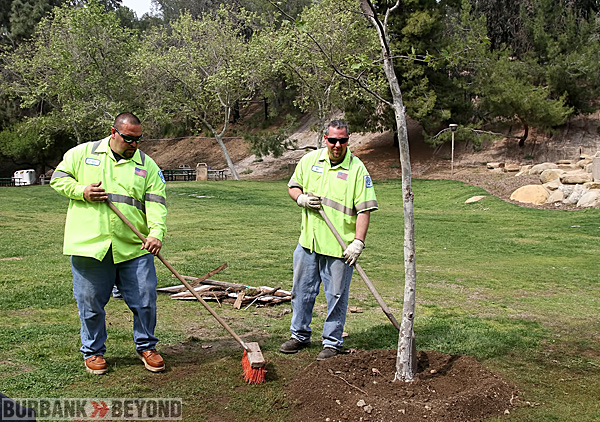 Forestry Crew members Felipe Orozco and Ken Scarone put the finishing touches on the planting at Brace Park. (Photo By Ross A. Benson)

“This is a great way to bring people together in memory of our loved ones who have passed away,” he said. “I want to thank the Civic Pride Committee. We appreciate them doing this project and other things for the community.”

Funds donated to the Civic Pride program will go to finance the purchase and planting of trees in Brace Canyon Park, said Janice Bartolo, deputy director of the Park, Recreation and Community Services Department.

The reforestation at Brace is necessary due to the loss of trees that have reached their life expectancy, she said.

Gino Gaudio sang “The Star Spangled Banner” and a medley from “The Sound of Music,” which was a moving accompaniment for the hillside setting.