According to Sgt., Derek Green  PIO with the Burbank Police Department Burbank Police responded to Wells Fargo, 900 N San Fernando Bl at 4:30 am Friday morning, following a report that two men were seen tampering with an ATM machine. 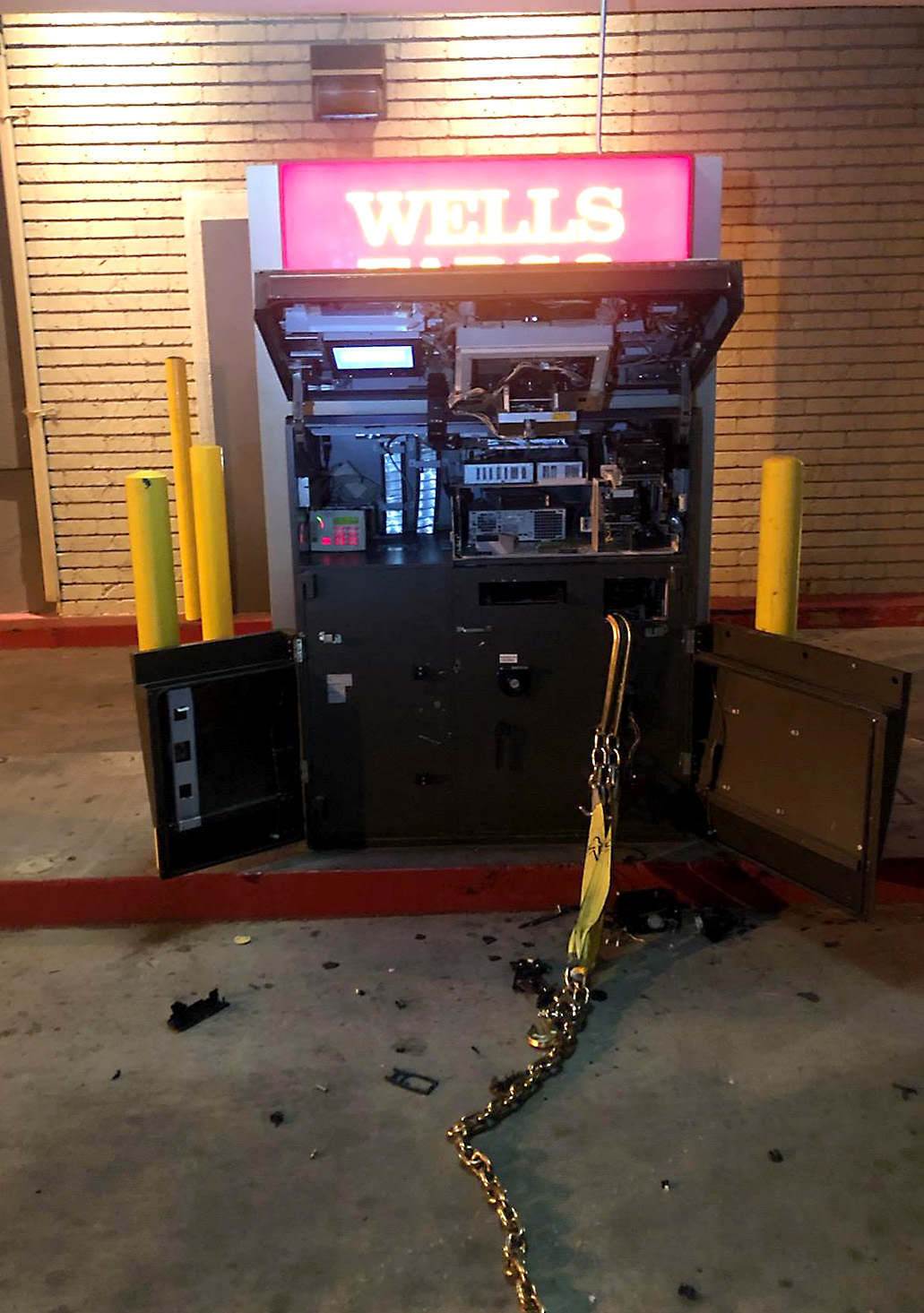 The report came from Wells Fargo Security who were watching the ATM via Security cameras and they reported that possibly they were attempting to steal ATM using a white pickup truck.

Police arrived and found the ATM damaged, along with a chain and straps that were still attached but no white pickup truck.

No suspects were located, but, patrol officers located a white Ford F350,  believed to have been involved,  unoccupied in the In-N-Out parking lot about 5 minutes later. The engine was hot and there were burglary tools inside the truck.

It was discovered the truck was stolen earlier in the evening from a residence on Buena Vista in Burbank.

Repair work on the ATM took most of the day because of the damage caused.

The case is currently under investigation.