Muir Principal Dr. Greg Miller spoke about the Muir’s history and work and his importance and lasting legacy for the state of California and the nation. The Muir Symphonic Band opened the ceremony with the national anthem and the school’s choir sang “America the Beautiful.” 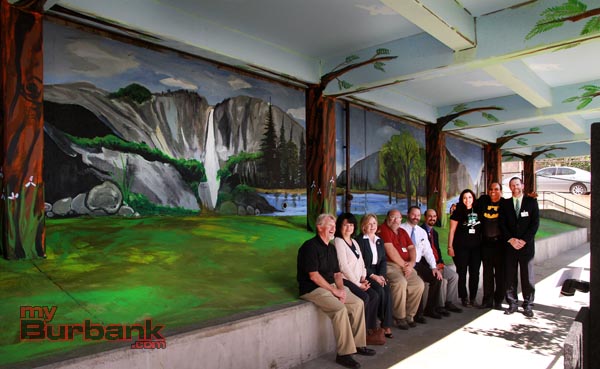 Andrea Carpenter, Logix Credit Union’s Chief Administrative Officer, praised students who had a hand in the project, and the company’s hopes to “bring out potential in students like you with a paintbrush and a pen.” 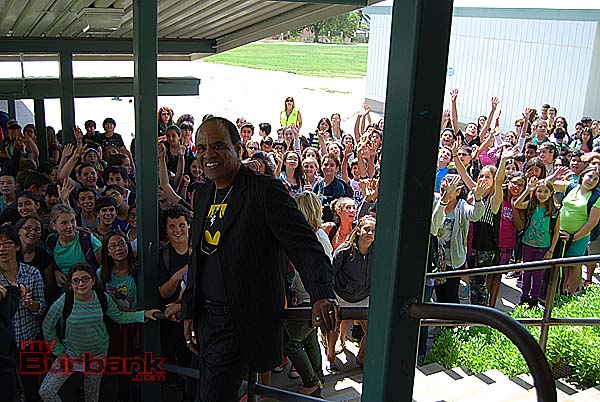 “I always like working with kids,” said artist Randall Williams. “When you start the project, they’re not really sure what it’s going to be. This mural was so big, they couldn’t tell what was going to happen.”

“You have a really good chance to go inside their mind and show them something. You have their full attention,” Williams continued. “Creating this piece isn’t just about the finished artwork, but about the process.”

Students “learned that art takes time and it’s a process,” he added.

“I’d call this Yosemite Valley mural an educational installation,” Williams said. “You are in it and under it and next to it, and when it’s finished it will have three-dimensional aspects, too.” 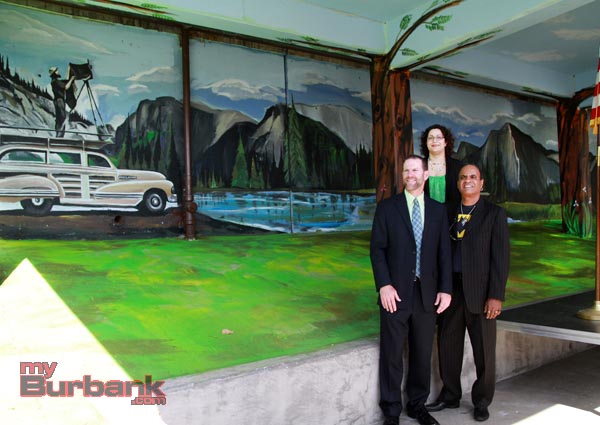 Williams drew his inspiration for the Yosemite Valley art installation from Ansel Adams photographs of Yosemite National Park. Adams was, in turn, inspired to spend years making images of the natural beauty in the area after reading Muir’s descriptive writings about Yosemite.

“Today, we honor John Muir. He’s had a great effect on California and the nation,” Miller said at the ceremony. “He was one of the first people to realize nature is a treasure… and through his advocacy,  Yosemite, the Grand Canyon and other national parks were created after he met with President Theodore Roosevelt.”

“The splendor of the Yosemite Valley is in this painting in the sixth grade lunch area,” Miller added. He also talked to the attendees about Muir’s legacy in founding the Sierra Club.

“He is one of those people who have had a transformational effect on people and we can be proud our school is named for him,” continued Miller. “This mural is a tribute to him.” 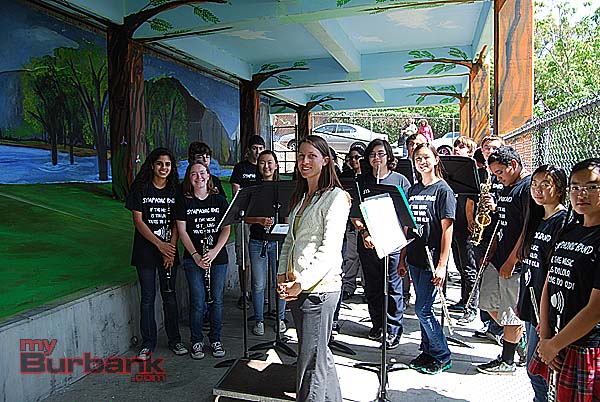 While the initial cost of the mural, $5000, was funded in by Logix Credit Union and BAFA, the total is close to $7000. Additional funding was provided by Muir’s Associated Student Body (ASB) and some of the money the school received as payment for hosting filming on campus after school hours. Miller didn’t want cost to be a factor in the ultimate result.

Miller, a former math teacher, measured the installation at over 5400 square feet. When finished, the artwork will incorporate three-dimensional elements throughout the installation. Acrylic paint was used for long-lasting hardiness on the concrete poured over 30 years ago.

Yosemite Valley mural is the largest mural in the Burbank Unified School District and quite possibly, the largest in the city of Burbank. 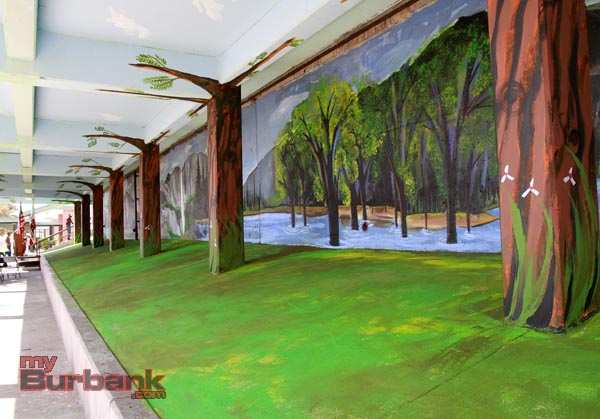 “Usually the lunch space was all gray and boring and dirty, ” said sixth-grader Kim Pape, who enjoyed watching the progression of the painting. “This is going to make it look a lot brighter.”

Another sixth-grader, Livia Nazari, who worked on the mural’s creation painting grays and blues for the mountains and sky, said, “It was really fun because you get to make your mark. Twenty-five years later, you can say, ‘Oh, I worked on that mural!'”

“It was really cool because when he was making the John Muir portrait he had a little picture of John Muir taped up next to the wall and he was listening to music and dancing and painting,” she explained.

All the girls agreed it will be a lot more fun to eat in the space, also called Osgood Pavillion in honor of former Principal Osgood. 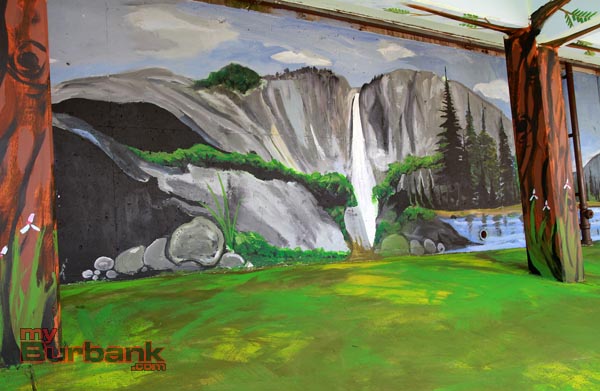 “Randall is just so amazing to work with,” commented art teacher Fatima Morales. “He is so passionate and has a great vision for the mural.”

“The kids are so excited to work with him,” she added. “Every day, they ask me: ‘Is Randall here? Are we going to get to paint today?'”

“It’s just beautiful for our campus, ” Morales continued. “It’s a great experience for kids to work on a large scale art piece like that. They learn about proportions and depth of field. I love it!”

Once the Yosemite Valley art installation is complete, in the coming weeks, the sixth-graders’ round lunch tables will be moved back in and the students will reclaim their now-vibrant space. 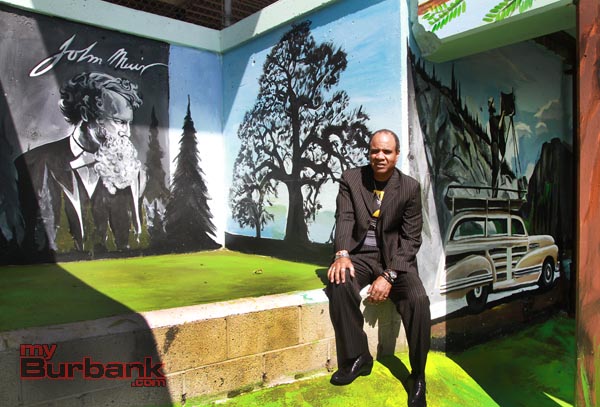 Artist Randall Williams sits with his work in progress, the Ansel Adams-inspired “Yosemite Valley.” (Photo by Ross A. Benson)

Artist Randall Williams sits with his work in progress, the Ansel Adams-inspired “Yosemite Valley.” (Photo by Ross A. Benson)