An awareness campaign, “You’ve Been Noted,” has been making its rounds in Burbank, with colorful music notes appearing on lawns throughout town. The large music symbols bring attention to Burbank Unified School District Arts For All’s Music Is Instrumental fundraising efforts to repair and replace musical instruments at all secondary schools.

Since “You’ve Been Noted” began on February 28, the 3-foot high lawn ornaments appear overnight on pre-selected lawns and stay for a few days, until they are moved to another location in town. Residents can nominate other Burbank friends and neighbors to receive the temporary installation. 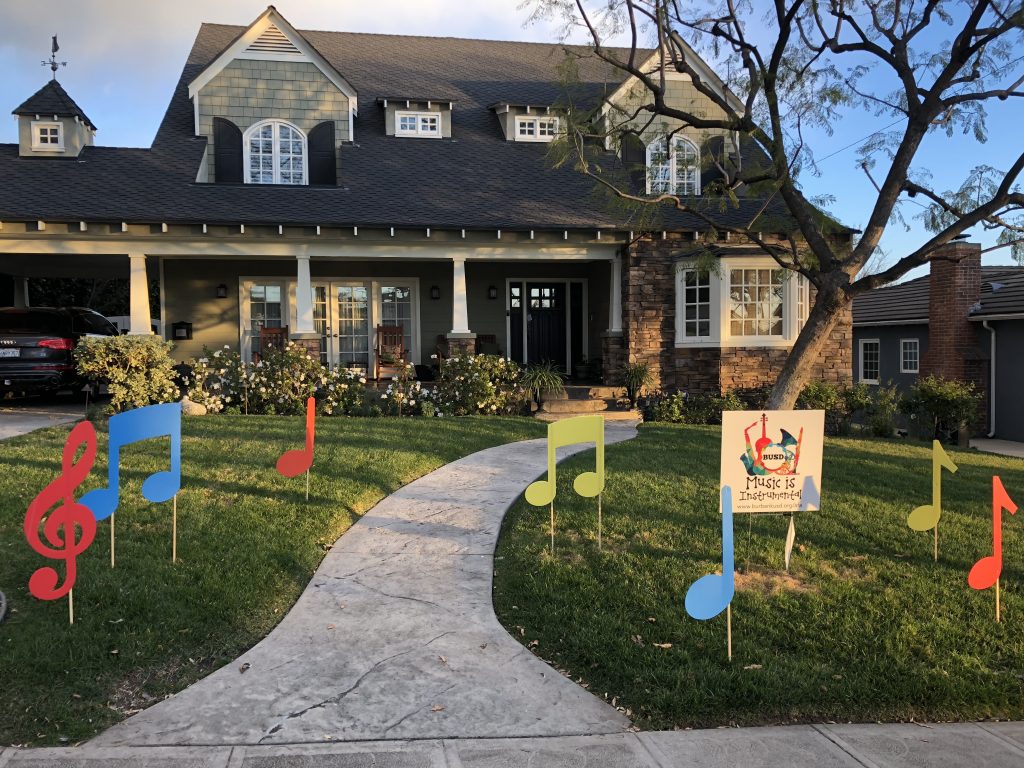 A letter inside a clear waterproof sleeve explaining the program and the process is attached to the Music Is Instrumental sign, which is included with the multiple notes and symbols placed on lawns.

“We are currently hoping to spread the word about this campaign and create a network of residents who truly care about their city having a quality instrumental music education program,” commented Burbank resident Michelle Mehta. “We have made it very simple to donate from the comfort of their home by giving clear instructions in the letter.”

“My two Burbank High School juniors are helping me with this project,” Mehta explained. “Nathan and Ryan Mehta are JV and Varsity athletes who once played two instruments each.”

“They know and appreciate how difficult it is to master an instrument, especially when it’s a trumpet with broken valve!” she added. “My sons and [BUSD] High School Instrumental Music students will help me with delivery and pick up of the lawn signs and information packet.”

“Instrumental Music has been instrumental in our lives and I feel each student who makes the commitment to learn an instrument should be given one that fosters quality musicianship,” Mehta said, noting her oldest son, Evan, currently studies music in college. 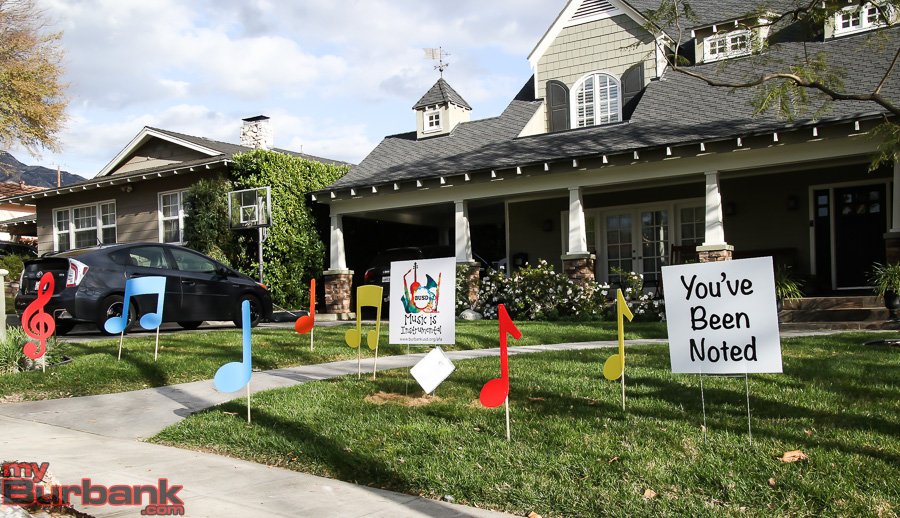 BUSD’s Arts For All program launched the Music Is Instrumental campaign in October 2017, with the goal of raising $1.2 million dollars over several years for the repair and replacement of instruments at Burbank and Burroughs High Schools and Muir, Luther and Jordan Middle Schools.

“I wanted to create a playful, colorful, and eye-catching visual to spark curiosity about this campaign and possibly inform the public of this incredible need,” Mehta said.

“I feel there are many Burbank residents who care deeply about their city having a quality instrumental music education program for decades to come!”

“You’ve Been Noted” culminates in advance of the May 11 Music Is Instrumental district-wide concert at Burbank High School. The “Music From Film & Television” concert will feature Burroughs and Burbank High School IMAs, Burroughs VMA, professional musicians from the Musicians at Play Foundation and the BUSD All District Symphonic Orchestra.

(Letter Courtesy BUSD Arts For All Music Is Instrumental)