Jesse Tangkhpanya announced that he will be running for a BUSD School Board seat in the upcoming February election.  Here is the statement that he released on Monday:

My family immigrated to the United states in 1979, fleeing war torn southeast Asia. When they got to America they literally had nothing and no one; just the clothes on their backs and the audacity to provide their kids what they never received themselves: a quality affordable education. 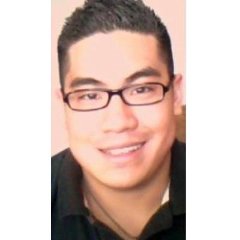 They built a business using minimum wage money they saved up, created jobs and started their lives all over from scratch. After I was born they never let me forget where I came from, what they stood for, and what it meant to be an “American”.  Those values taught me that everything I am and possess today, I owe to the sacrifices others have paved for me; and now I finally have the opportunity to  give back and pay it forward. For me, giving back begins at the School Board level.

The recent open seats on the School Board will mean a huge loss of experience for the BUSD, and I believe I am uniquely prepared to step into the School Board Trustee role as a fiduciary and watchdog for the public interest. Thus, I am writing to the Burbank Leader to announce my intent to run for a seat on the Burbank Board of Education.

As the Burbank Unified School District (BUSD) looks to the future, we have enormous opportunities ahead of us in taking advantage of the Local Control Funding Formula (LCFF) and implementation of Common Core. Focusing our attention on raising academic expectations, providing resources to continue closing the achievement gap, and developing career pathways to success in collaboration with our local colleges and businesses are some of the things I envision for our children.

My background in the LCFF has trained me to actively seek common ground between all education stakeholders to specifically meet the needs of students through parent involvement and pupil achievement. My experience in District costing and budgeting has prepared me to meticulously scour through general funds and ask the tough questions needed by our next leaders. If elected, I will continue the good work of the current Board by holding District officials accountable on budget projections, and I will ensure that the Board’s role as a “check” on the District is safeguarded; thereby protecting the balance of powers.

Burbank has always been different. Burbank has also been resilient. When school districts across the state endured deep cuts to their general funds, slashing services and staff on the backs of students; the BUSD refused to succumb to pessimism and malaise. Instead, the BUSD worked hand in hand with parents and educators to stem the fiscal bleeding and hold the line on cuts and spending. That level of collaboration and fortitude in the face of a great recession was a testament to OUR values as a model city and proud community; and If voters give me a chance on Primary Election Day, February 24, 2015 and again on the General Election Day April 14, 2015, I intend to carry on that legacy for our kids.