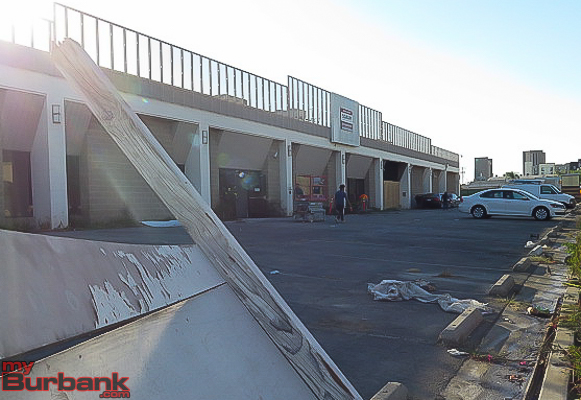 Tesla Motors could open on San Fernando Boulevard as soon as next month, and is among several notable businesses making their debut in Burbank.

A new 27,600 square-foot facility will accommodate the sale, delivery, repair, and maintenance of Tesla’s new and used electric vehicles, said Mary Hamzoian, economic development manager in the city’s Community Development Department. The site will include a 2,400 square-foot showroom for up to three vehicles, plus space for branded merchandise.

Tesla’s red and white Superchargers are already visible in the parking lot at 811 S. San Fernando, and a total of six Superchargers will be available. A 24-hour lounge is also part of the plan and 25 employees will serve the new facility, Hamzoian said.

Just a few doors south of Tesla, also on San Fernando, construction is underway for an IKEA that will be the company’s largest U.S. store.

Tesla’s move to Burbank widens its presence in Los Angeles County and the Burbank site would be the fifth service center in the county, according to a map on its website of existing service centers. Service center locations include one on Centinela Avenue, not far from the Superchargers located in the Westfield shopping center in Culver City, and one in West Los Angeles.

Superchargers in the L.A. area appear to be located at the Hawthorne Municipal Airport, the Hilton Garden Inn Redondo Beach and at Westfield Culver City, near the San Diego (405) Freeway, according to Tesla’s website. There are a handful of retail stores around L.A. and the valley, including locations in Santa Monica, Canoga Park and Pasadena.

Destination Superchargers are more plentiful, and are located at hotels and major entertainment centers, such as L.A. Live in downtown L.A.

It is unclear if any other Tesla locations operate a service facility and showroom on the same site. Tesla’s searchable map shows Supercharger locations, retails stores and service facilities, as well as destination chargers.

When contacted for comment, the electric vehicle maker said via email they could not accommodate the request as they were “currently preparing for the launch of our new car, Model X, which is keeping our small team very busy.” The email also referred to a press kit on the website, but it does not include information about the Burbank site.

The Model X is Tesla’s sport utility vehicle, and one intriguing feature is the “Falcon Wing” rear doors that open and fold above the vehicle. Tesla said the delivery estimate for new reservations (owners purchase and customize their vehicles online and have it shipped to them or picked up at a store) is the second half of 2016.

A representative in retail development was also contacted, but did not immediately respond.