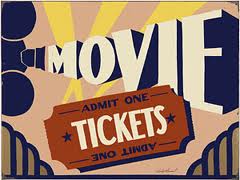 In Age of Adaline, a 29-year-old widow has a freak auto accident in 1937 that makes her beautiful body ageless. Now, nearly 80 years later, her only daughter passes for her grandmother.

“Youth may be wasted on the very young,” but it hasn’t been on Adaline. She seized the years and became both street smart and scholarly. She knows her way around the world and she’s a history maven concerning her home base of San Francisco. She can size up a situation from tiny clues and can speak several languages like a native. But all through those years, she’s been alone, haunted by the prospect of watching a husband age, falter and die, while she remained 29.

Except, of course, she meets that special guy and, feeling anew the weight of lonely years, reconsiders her singlehood.

I believe Age of Adaline is grappling with an emerging reality: the rise of the real-life goddess, small g. For a growing number of women, their “Age of Adaline” may well last decades. After all, the human body is designed to be youthful for a good deal longer than the first few decades of life, if not yet all the way to the current limit of 120 or so years. (“Die young as late as possible” is my motto.) A woman with the right genes, the advantages of affluence plus a medical assist here and there could be an Adeline well past 75. (The only cosmetic problem would be those steadily- lengthening nose and ears, but that wouldn’t be much of an issue until well past 100.)

At 29, Adaline’s face back in 1937 was still a mostly-blank canvas. But in real life, even an eternally youthful face would steadily acquire the marks of character. (Abe Lincoln had said that people deserved their faces by the time they were 50.) Consider someone with a habitually sunny outlook, or a habitually glum one. Or someone who habitually thinks and learns new things, versus someone who doesn’t. Over time, some of the several dozen facial muscles will be habitually exercised and others won’t be. The face of a real-life Adaline would remain youthful but nevertheless change.

In the case of the movie’s Adaline, fit would be a change for the better. A real-life version of Adaline would embody what the ancient Greeks and Romans tried to capture in their sculptures of Athena, goddess of wisdom. They wanted Athena’s face to have the youth of a madien, the knowing look of a mother and the serene wisdom of the sage.

So for more and more women, perhaps it’s better to say they are, or will be, experiencing their “Age of Athena.” The lament, “too soon old, too late wise” would not apply to them. Sandman fans may recognize in the movie’s Adaline a nicer version of the eternally young Greek witch Thessaly. And historians may recognize proto-Adalines (Athenas) with the hetairai of ancient Greece, educated courtesans who, compared to most women of their time, enjoyed a prolonged season of beauty.

But what about us guys? Our emotional maturity lags that of women, and the maturity gap of late seems to be getting wider. Are the heterosexual Adalines (make that Athenas) faced with either being alone or with enduring (from their point of view) callow men with wrinkles? I’m guessing they would go for much younger men, who would at least bring some youthful energy and zest to bed and table.

Maybe if we get to remain young bucks at a 110 we might be able to rob the cradle and hold our own with an 80-year-old vixen. I don’t know. The psychology of Athenas and (hopefully) Apollos is new territory for the human experience. And it’s time to begin charting it beyond the silver screen.

The Age of Adaline is more than just a romantic fantasy. For many women, it’s just around the corner…or already here.