Since opening in August 2016, The New Deal restaurant has drawn a lot of interest with its stylish, 1930’s-themed vibe and menu of beers, burgers and malts. The New Deal does a lot of things right, but continues to lack consistency in execution.

We have eaten at The New Deal at least half a dozen times since August 2016. Each visit, something was off – either the service was mind-numbingly slow, one of the dishes served was not up to the standard of previous visits or the restaurant was out of one or more items on the menu.

One aspect that has dramatically improved since the opening is the service. For months, service was slow, non-attentive and frustrating. Recently though, we have had excellent, attentive service. 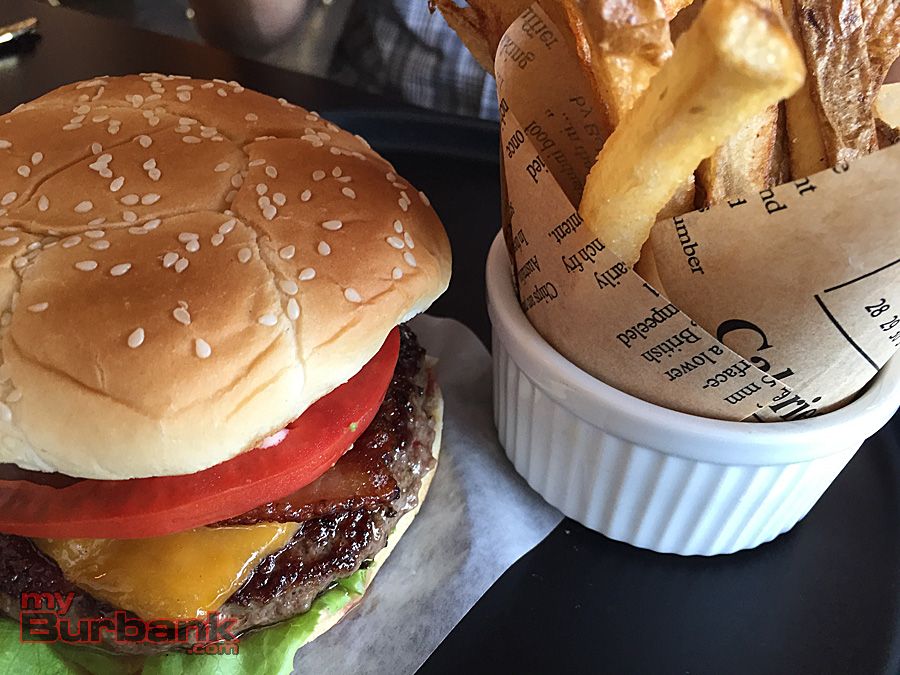 The New Deal’s All American burger in August 2016. (Photo By Lisa Paredes)

But, the burgers were terrible on our last visit! It was shocking for a place at which we had enjoyed several terrific burgers in the past.

Although the burgers looked amazing, the patties used on the Blue Eagle and the All American burgers were well done instead of medium as ordered. The meat was dry and tasteless and basically ruined the overall effect of the bite, no matter the toppings. The Blue Eagle was not stuffed with gorgonzola cheese as indicated on the menu but topped with a few crumbles. 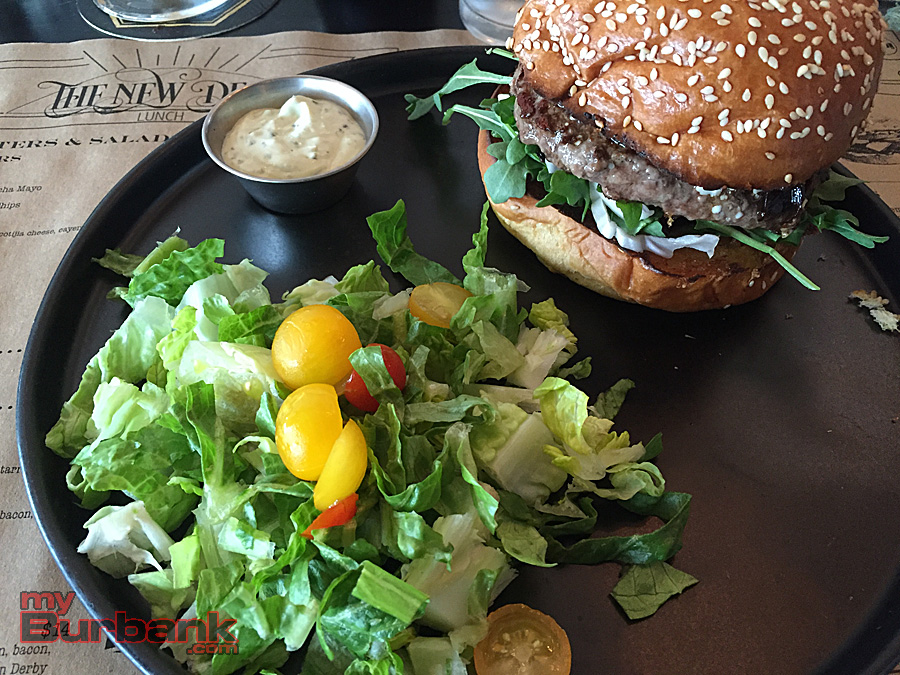 We had been impressed by the burgers from the first visit – we do hope this was a one-time blip. The All American and Roosevelt burgers have been excellent in previous meals.

This inconsistency in preparation and presentation  has happened before – we’ve had a delicious House Salad of butter lettuce, avocado, tomatoes and Green Goddess dressing one time, only to be served shredded romaine lettuce in the salad another time, with the avocado missing – basically the kitchen took a side salad and added the dressing to serve it as House Salad.

The New Deal made one of the best tomato soups we have ever tasted – once. The next time, the soup was overly spicy, and its accompanying Grilled Cheese Sandwich was dry and hard. 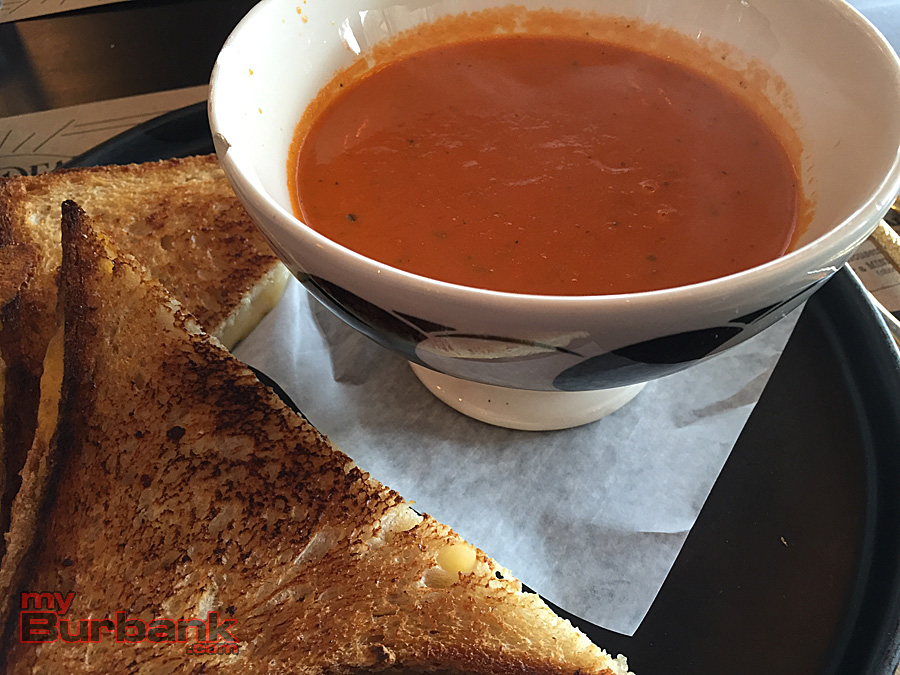 Shakes and malts are consistently terrific – try the Creamsicle. Mini Milkshakes and The Teen Special (cheeseburger or hamburger, fries or chips and a mini milkshake) are perfect offerings for the younger set or lighter eaters. 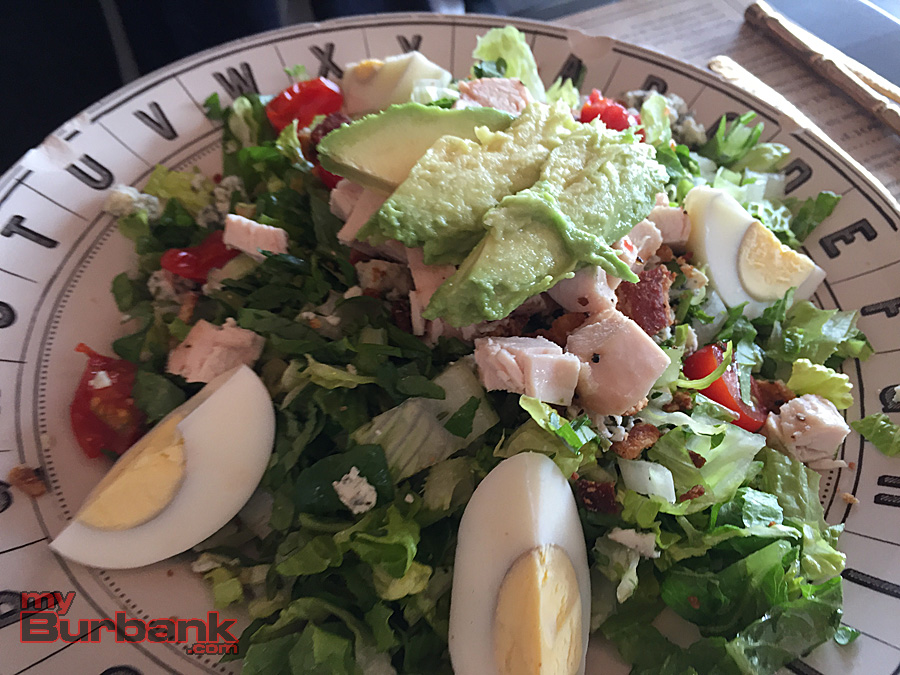 The fries have always come out from the kitchen perfectly crispy and warm. The Street Corn is very tasty, coated with mayo, cotija cheese and chili powder. The fried pickles and roasted carrots with burrata and pesto are delicious, too.

The New Deal offers a nice selection of wine and beer. But on every single occasion we’ve ordered a beer in the past six months, the restaurant has been out of at least one or two of the beers requested. They have been able to substitute with a delicious option, though.

The style of The New Deal is lovely, with old-fashioned looking utensils, salt & pepper shakers and a vintage decor. We appreciate the individuality of the place. Restrooms are clean and fun. 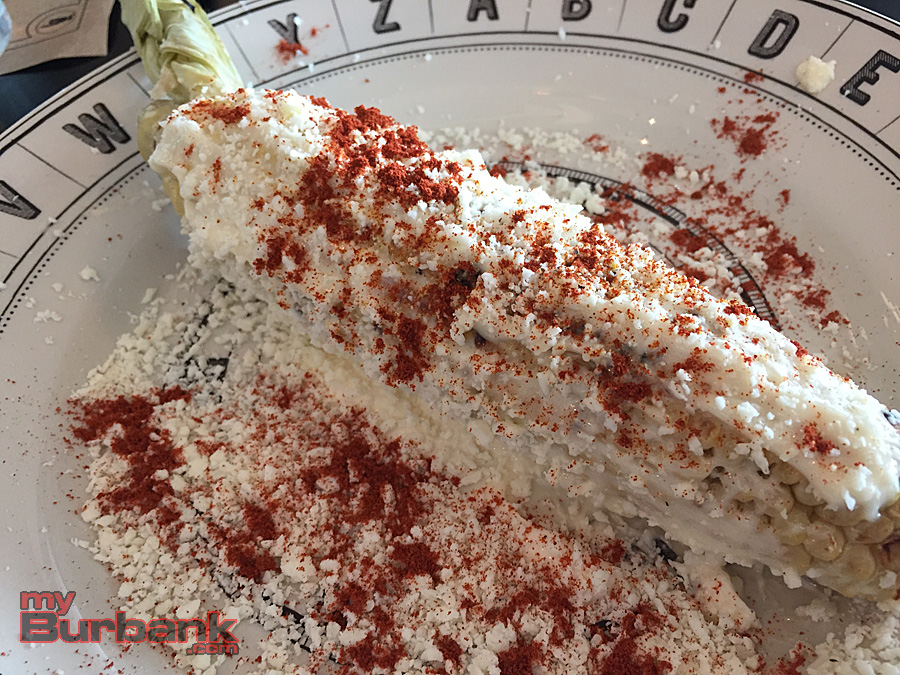 Street Corn at The New Deal in Magnolia Park. (Photo By Lisa Paredes)

Parking is available on the street. Usually, The New Deal is steadily busy at lunch and dinner and the restaurant does take reservations. Sometimes, the wait for a table can be a while because it’s a small place.

Magnolia Park, and Burbank in general, really needs more individual and unique restaurants and shops, and we are rooting for The New Deal to make it all work. Great concept, great menu of food and drinks… but consistency in service and the quality and presentation of the menu items is vital.

For the first time in myBurbank history, we have a restaurant that sits between two ratings. Because it does so many things well, yet really needs to pay attention to some important issues, The New Deal ranks between Could Use A Rewrite and On The Marquee.

The New Deal’s All American burger in August 2016. (Photo By Lisa Paredes)

Street Corn at The New Deal in Magnolia Park. (Photo By Lisa Paredes)

The New Deal’s All American Burger in February 2017. (Photo By Lisa Paredes)