The District Attorney’s Office announced that they have filed charges against three men involved in the gang related stabbing that occurred on Buena Vista on December 16. 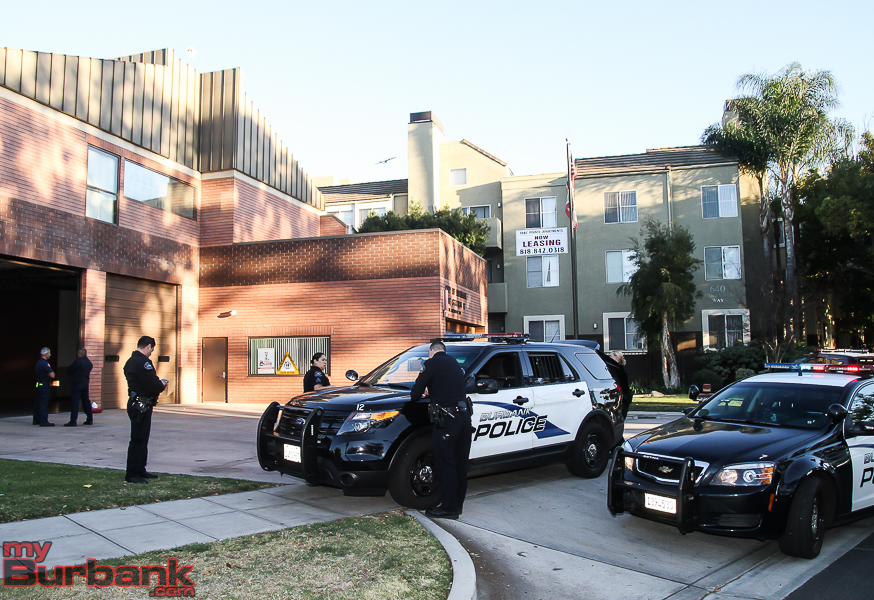 On that Wednesday afternoon at about 3:10pm Burbank Police Officers responded to the 600 block of Hollywood Way after being called about someone walking down the street bleeding.

The two men had made their way to Burbank Fire Station 12 on Hollywood Way where they were calling for help when police arrived.  Officers found a 23 year old Burbank resident suffering from several stab wounds to his torso, neck and head. The victim and an associate who was with him, were uncooperative with officers and investigators.

Officers were able to locate crime scenes at Lundigan Park (2701 Thornton Avenue) and in the 1800 block of N. Buena Vista Street, over two miles away. Evidence at the scenes included a bloody knife and a baseball bat. 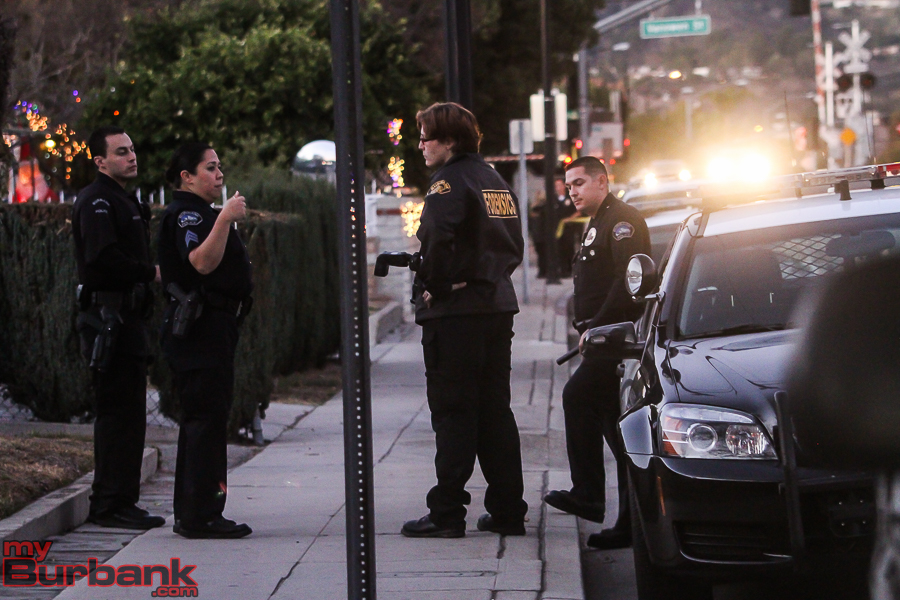 Police look for evidence in the 1800 block of Buena Vista before being transported to the fire station(Photo by © Ross A. Benson)

Investigators identified several individuals, all known gang members or associates, who were involved in the fight. Earlier this week, several people were charged in connection with the fight, including the person transported to the hospital and his associate.

The Los Angeles County District Attorney’s Office did not feel an assault with a deadly weapon case could be proven beyond a reasonable doubt because the injured individuals were the apparent instigating parties in the altercation. The DA, however, did file charges against three people:

– Cesar Ramirez, 22, of Sun Valley, who is currently on parole: Fighting in Public w/ a gang allegation and prison prior allegations

– Maximo De Los Santos Jr., 21, of Burbank: Fighting in Public w/ a gang allegation and a prison prior allegation

– Ricardo Ramirez, 23, of Burbank, who remains hospitalized: Fighting in Public w/ a gang allegation and an allegation this crime occurred while out on bail for another felony

The district attorney’s office referred two of the cases to the Burbank City Attorney’s Office for misdemeanor consideration. The City Attorney filed misdemeanor fighting in public with a gang allegation against Paul Melendez, 24, of Sun Valley and Joshua Pimentel, 30, of Burbank.

All of the filed charges include gang enhancements, which specify the crimes were committed for the benefit of or in association with a criminal street gang. The defendants are each exposed to varying amounts of county-jail and/or prison time, if convicted.

Anyone with information regarding this incident is urged to contact Detective Mike Edwards at (818) 238-3210.