Burbank Fire Fighters responded to the intersection of Empire and Lincoln to a reported two car traffic accident with a person possibly trapped on Tuesday, April 30. 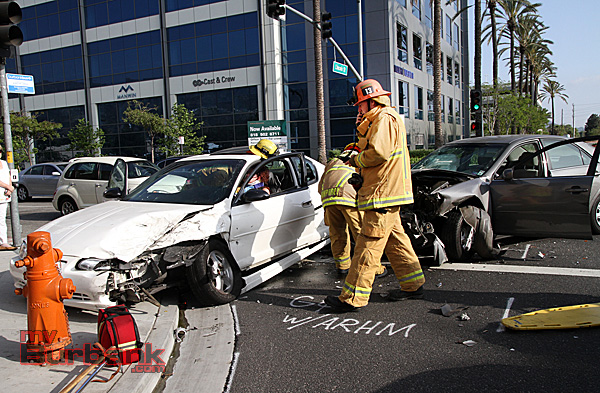 Burbank Fire Captain Brad Royal radios for additional equipment that would be needed to free this trapped driver. (Photo by Ross A. Benson)

Upon their arrival, they found two cars had tangled in the intersection and then came to rest on the northeast corner curb. Firefighters found the driver of one of the cars trapped caused by damage to her drivers door.

The call was upgraded to a ‘Physical Rescue’ which called for a truck company with specialized equipment including the ‘Jaws of Life’ and other hydraulic tools necessary to bend and cut metal or open doors that are mangled. 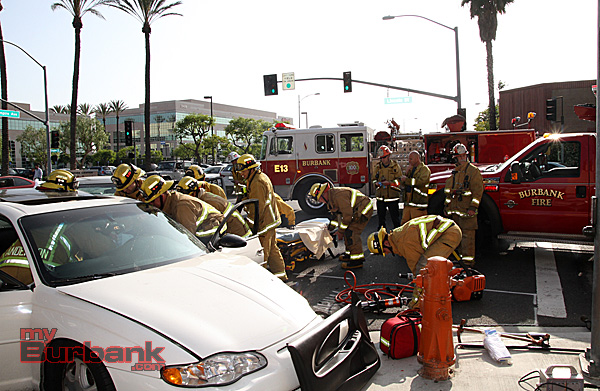 Burbank Firefighters use specialized equipment to get this patient out of her crashed car, prior to being transported to a trauma center for care.(Photo by Ross A. Benson)

Once the door was opened, Burbank Firefighters and Paramedics were able to extricate and treated the driver that was trapped. She was later transported to Holy Cross Trauma Center with non-life threatening injuries.

Battalion Chief Eric Garcia was in charge of the incident. 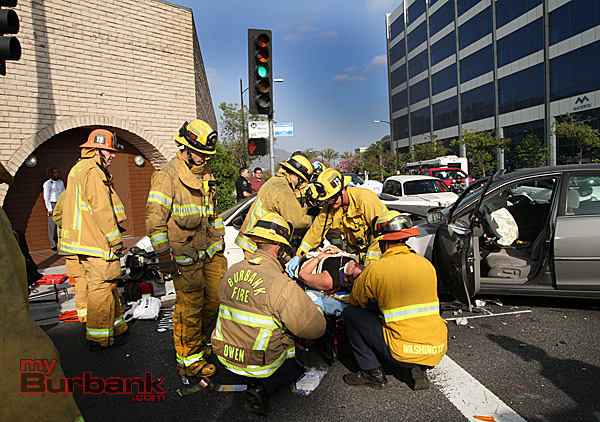 Burbank Fire Paramedics package up this patient for transport to a trauma center. (Photo by Ross A. Benson) 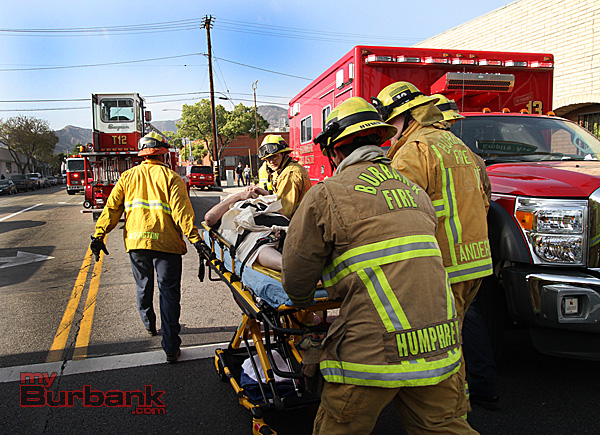