Burbank Police responded to the intersection of Hollywood Way & Alameda late Monday night to a reported auto accident. Upon arrival they found one car mid intersection starting to catch fire and the other sitting on the northwest curb. 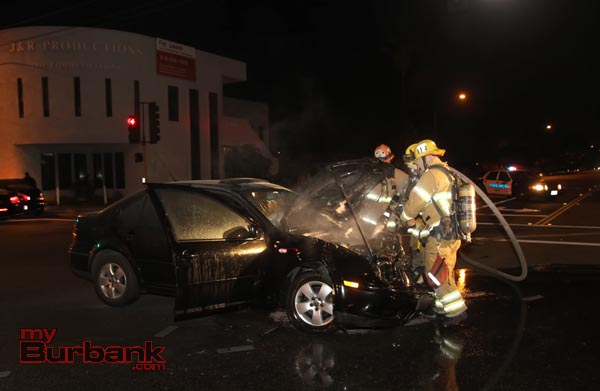 Burbank Firefighters wet down the engine of this auto following it catching fire after it was involved in a non-injury accident at Hollywood Wy & Alameda St. (Photo by Ross A. Benson) 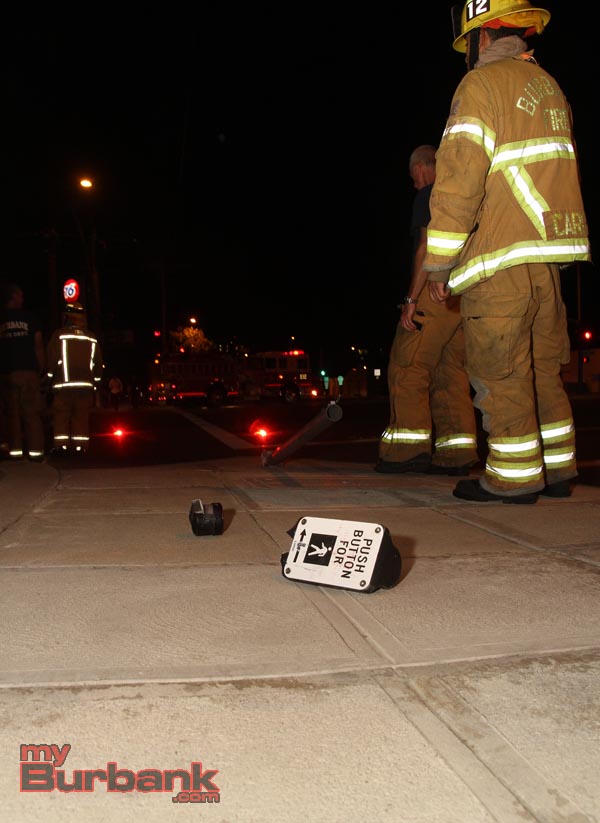 Crosswalk signal button was knocked down during accident. (Photo by Ross A. Benson) 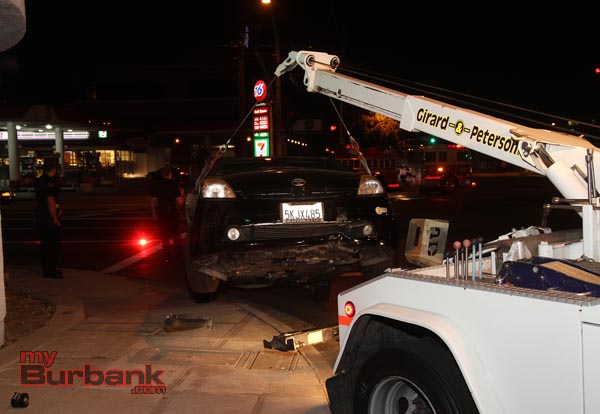 Officers checked for injuries from all parties and found all drivers and passengers got out without injuries. The Burbank Fire Department responded and extinguished the car fire. They also secured exposed wires after after a pedestrian button was knocked to the ground.

Both cars required towing and the intersection was opened up to traffic about a 1/2 hour later.