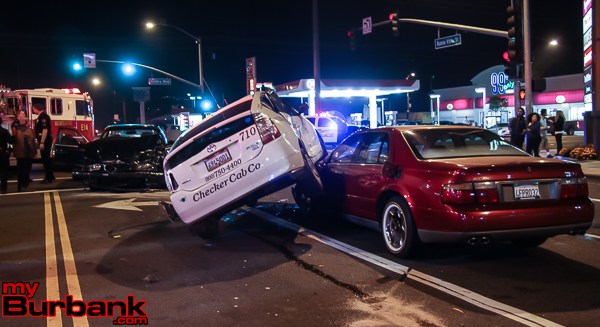 At the time of the police and fire departments arrivals, occupants remained inside the involved cars, including one taxi sitting on top of a Cadillac with two occupants. 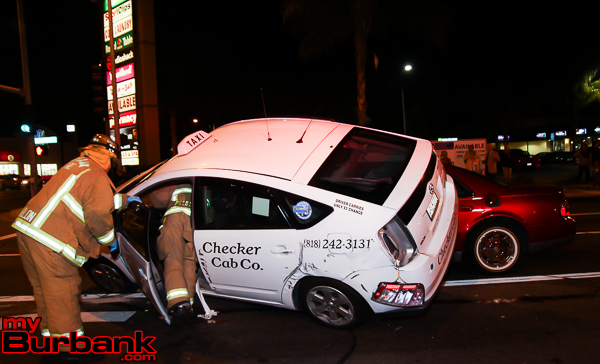 Paramedics checked all the occupants and transported one patient to a local hospital with minor injuries. The intersection remained blocked for nearly an hour while police officers interviewed witnesses and took drivers’ statements.