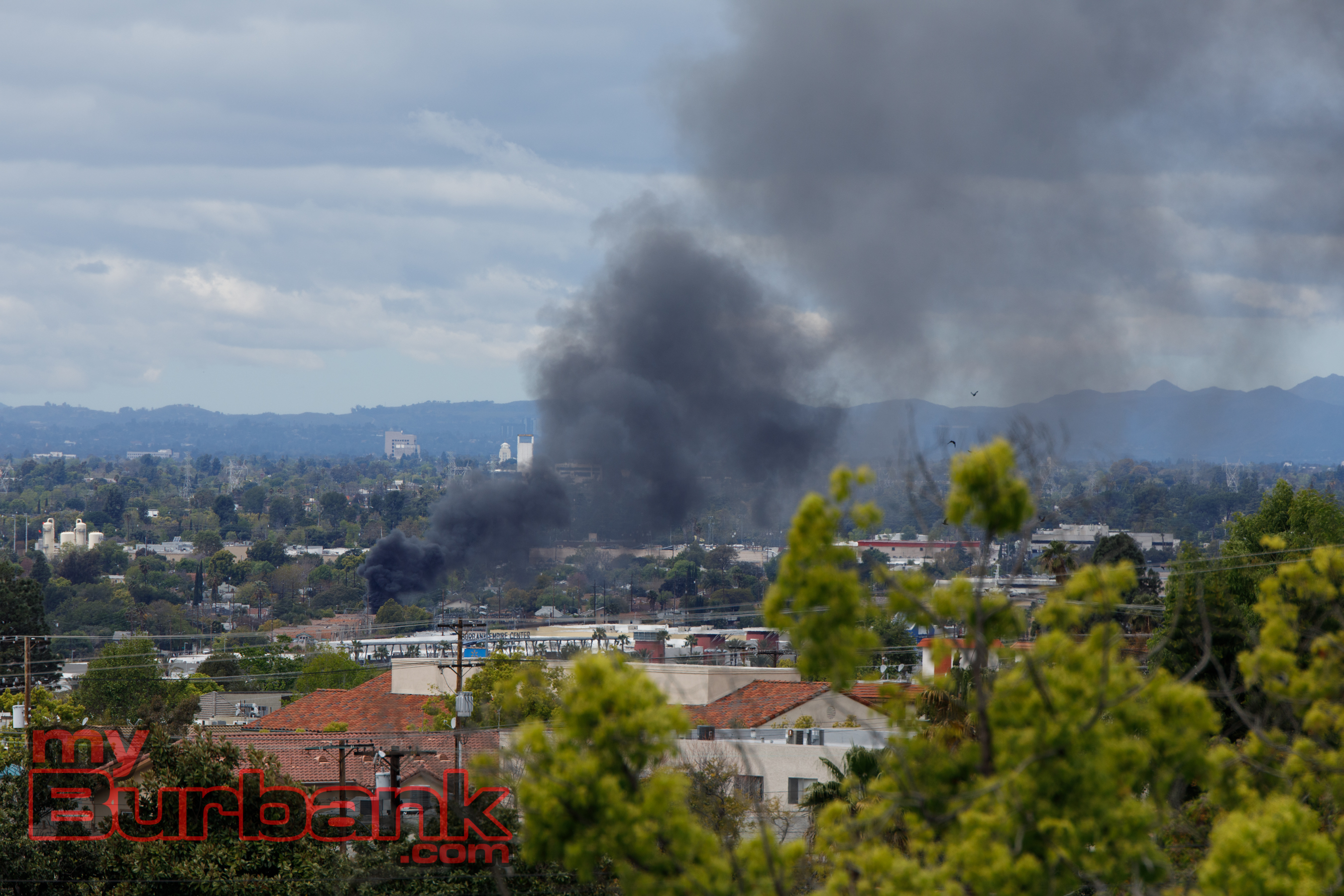 Burbank fire received a call for a fire at the Burbank Water and Power Substation at 11:57 am on Friday, April 10. Soon after, there was a large explosion as one of the transformers in the substation exploded sending a fireball into the sky. There was a power surge across the City with some only losing power for seconds while others lost power for a while. 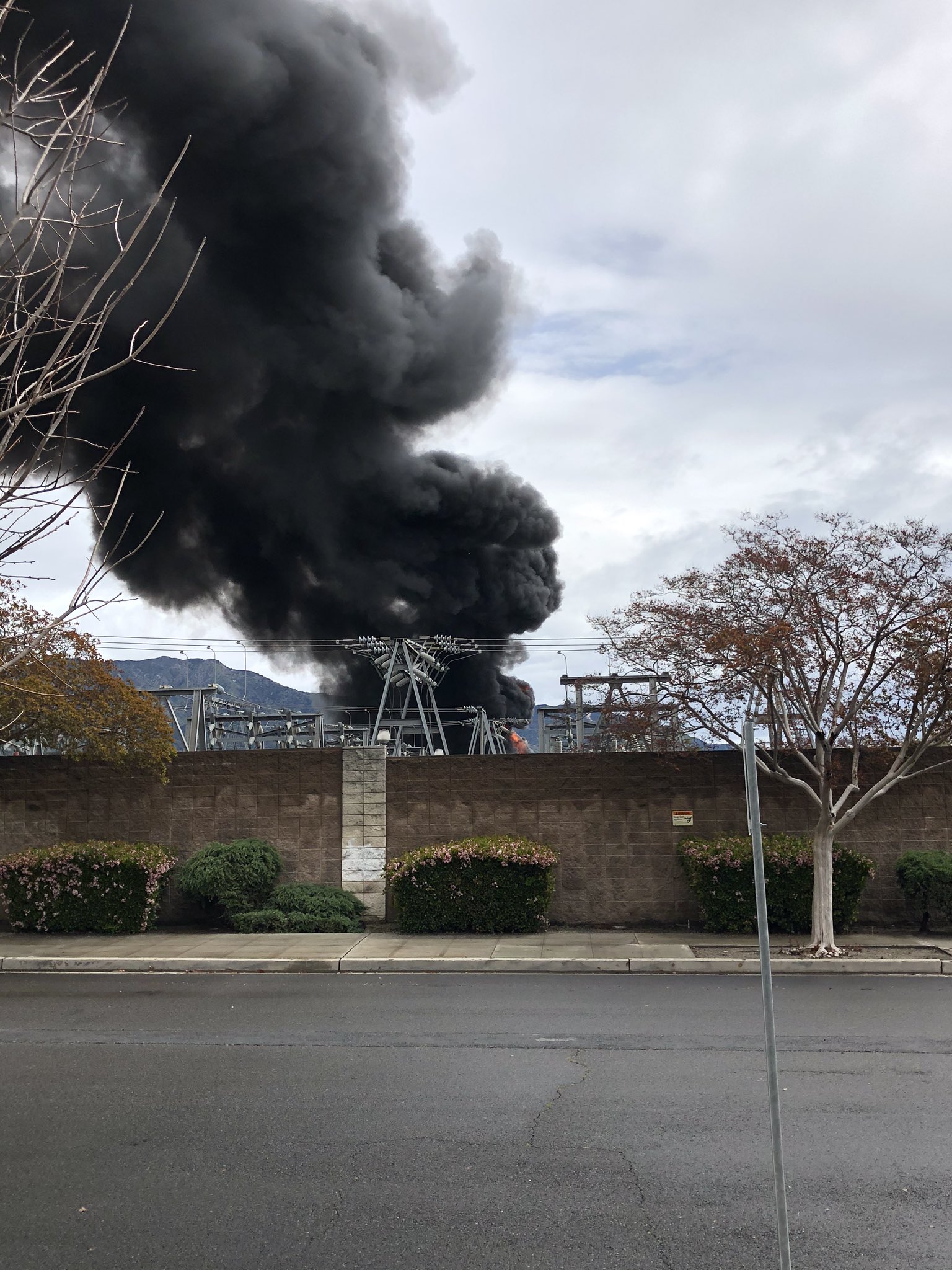 Upon arriving on the scene, Water and Power officials advised firefighters to stand by until they were able to de-energizer the plant so they could fight the fire. There was a possibility of another explosion. Once safe to enter, firefighters made quick work of the fire, knocking down the fire at 12:35 pm.

Water and Power officials told firefighters that the oil that was on the surrounding ground was clear of PCB’s from the oil although a Hazmat response was also made by both Burbank and Glendale Fire Departments to monitor the situation. Burbank firefighters used foam to fight the fire.

The explosion caused numerous alarms to go off in the City as well as many traffic signals stopped operating.

No injuries were reported or damage to private property. Damage was estimated at $10 million to the substation. Power was rerouted through different sources.

There has not been a cause issued for the explosion yet.