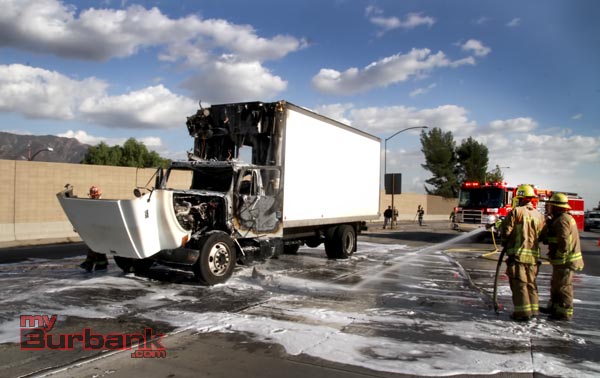 Burbank & Glendale firefighters hose down cooking oil that leaked onto the freeway after the truck caught fire northbound I-5 at the Lincoln Street exit.(Photo by Ross A. Benson)

Upon the Fire Departments’  arrival, the cab and engine portion of the truck was well involved with fire, requiring the traffic in all the northbound lanes to be stopped so firefighters could lay out hoses to extinguish the blaze. 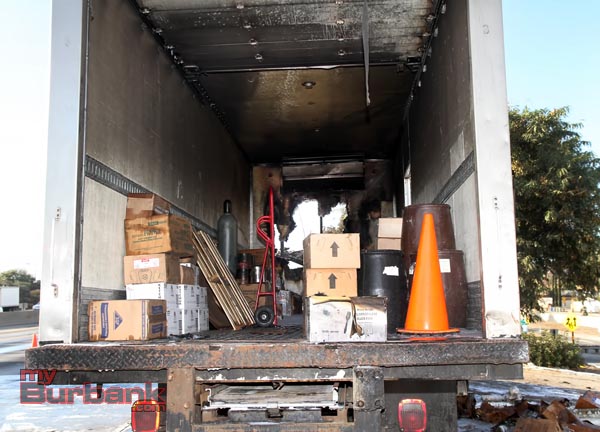 The Bobtail truck was hauling restaurant type supplies including barrels of used kitchen cooking oil. That oil started to leak from the truck on the freeway lanes, causing the CHP to issue a Sig Alert. Traffic in both directions was slowed till the truck was towed away. The exit was reopened and Cal-trans were able to put an absorbent on the roadway to prevent cars from sliding around.