Editors Note: This story has been updated at 12:58 pm Wednesday with additional suspect and victim information

Burbank police received a call about 7:20 Wednesday morning of a shooting in the 1700 block of Catalina. 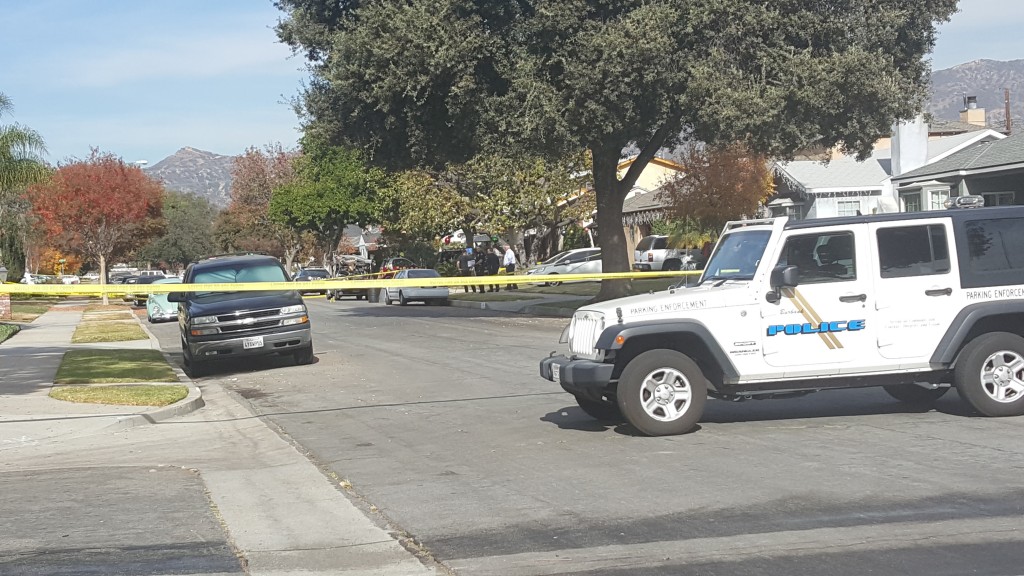 Police look near a gardener truck for evidence after two people were shot by an unknown person (Photo By Ross A. Benson)

When the first officers arrived on scene, they found that two people had been shot. A man, believed to be the homeowner, a 67 year-old man, was laying in front of his house, had been shot multiple times with  the most serious gunshot to the abdomen while another man, a local 33 year-old gardener working the area, was also shot in the foot.

According to police, a man exited a vehicle on Catalina and shot the first victim. Before reentering the car he also shot the gardener who was attempting to flee the area.

Police know of no motive for the shooting that occurred in the quiet section of Burbank. The suspect has been described only as a male in his 20’s with dark hair and was driving a possibly silver, four door sedan southbound towards Victory Blvd.

Anyone who has any information is asked to call the Detective Jamal Childs of the Burbank Police Department at 818 238-3210.

We will update this story as more information becomes available.