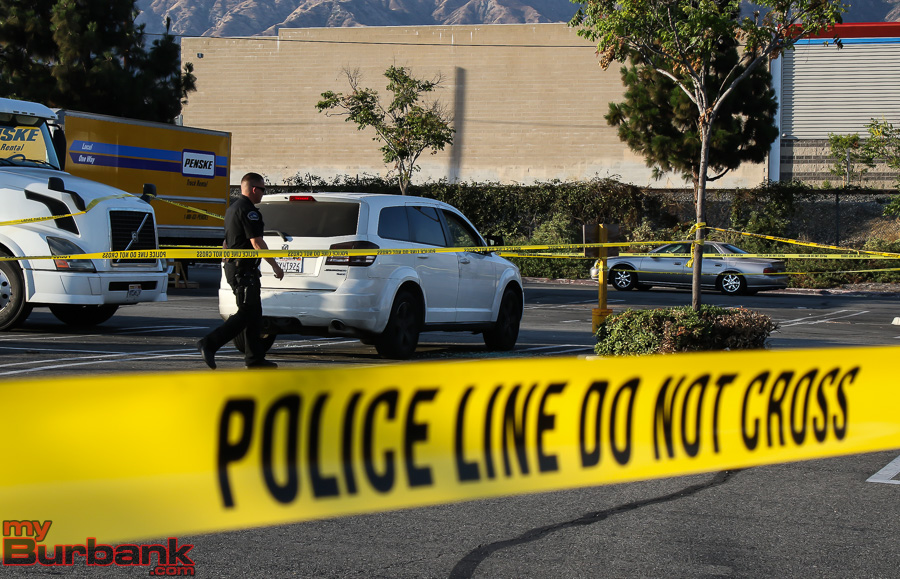 On Sunday, July 29 at 4:15 p.m., two women were robbed by two men at gunpoint in the Home Depot parking lot located at 1200 Flower St. One of the women was kidnapped, but was later discovered to have planned the incident with her ex-boyfriend who aided in the robbery.

When police arrived on scene, witnesses provided testimonies, initially believing it to be a robbery of two women and the kidnapping of one of the victims.

The investigation suggested the incident might be domestic violence related, and that the ex-boyfriend of the woman who was kidnapped might be responsible.

After several hours, the alleged kidnapping victim was located with her ex-boyfriend in Canoga Park. When she was questioned by police, she denied being kidnapped or robbed.

Detectives believed the incident was a conspiracy between the alleged kidnapping victim and her ex-boyfriend to rob the other woman in the Home Depot parking lot.

Both the woman and the man were placed under arrest for robbery. The female suspect has since been identified as Sylvia Silva-Cebreros, 26 of North Hills.

The male suspect has been identified as Jesus Lomeli, 26 of Pacoima.

On July 31, the L.A. County District Attorney’s office filed one count of robbery against Silva-Cebreros and Lomeli, as well as one count of possession of narcotics with the intent to sell against Lomeli.

Detectives are still investigating to identify the third accomplice.