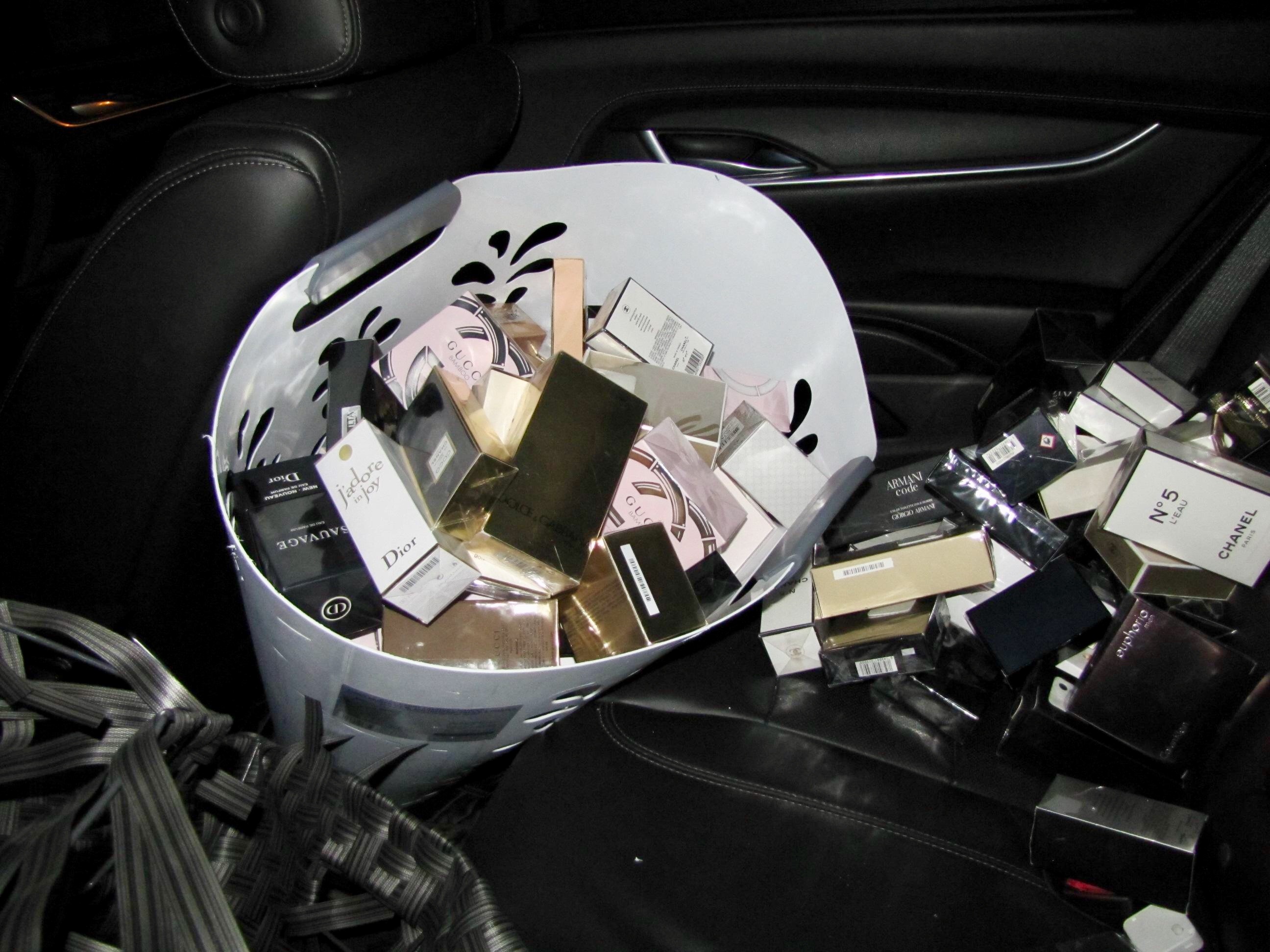 On Sunday, May 6 around midnight, Burbank Police responded to a call of a smashed window which activated a burglary alarm at Ulta Beauty in Empire Center, located at 1351 Victory Place.

When police arrived at the scene, they observed the shattered store front window and noticed a large amount of perfumes had been stolen. In a matter of minutes, police realized the missing products were attached to GPS devices, and were able to track their current location.

Police followed the signal and drove on the 101 Freeway towards Reseda. Around 1:00 a.m., Burbank Police officers along with the Los Angeles Police Department and Air Support located and stopped a vehicle belonging to a suspect in the 21000 block of Roscoe Blvd. in Canoga Park.

A man and woman in the vehicle were detained. Police searched the car and discovered the stolen perfumes, as well as alleged burglary tools.

Both suspects were arrested and booked into the Burbank City Jail. They have been identified as Giovanni Lopez-Valencia, 27 of Reseda, and Mariel Miranda-Guerra, 33 of Reseda.

On May 7, the Los Angeles County District Attorney’s Office filed one count each of burglary and
grand theft against both suspects.

Lopez-Valencia and Miranda-Guerra are both being held on $250,000 bail and are due in court today.

The recovered perfumes which have an estimated value of over $19,000 have since been returned to Ulta Beauty.