Burroughs High setter Ryan Van Loo has signed a letter of intent to play volleyball at Lewis University, a Division I power. 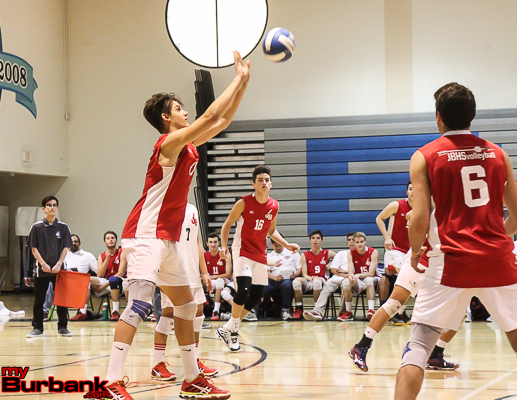 “What I liked is it provided a top-level volleyball team and a place to continue my education in business management,” Van Loo said.  “They were in the National Championship last year, so that was pretty cool.”

Before making the decision, Van Loo consulted with former Burroughs star Lucas Yanez, who graduated from Lewis last year where he was an All-American libero.

“He talked with me before I made my decision and gave me all the feedback that I needed,” said Van Loo. “He’s happy for me that I’m going to his school.”

“It’s awesome. He’s created the opportunity for himself. He’s worked hard here for four years and he’s worked hard outside of what we do here,” Brinton said. “It’s a great accomplishment. There (are) such few schools in the country, so for him to earn an opportunity like that is pretty cool.”