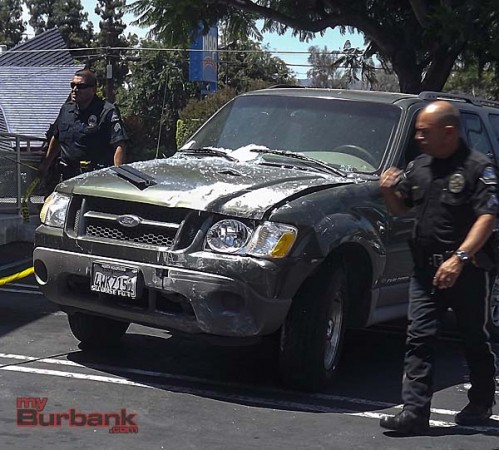 Just after 11:00 Tuesday morning, Burbank Police and Fire responded to a traffic accident with a vehicle into a structure at 928 N. San Fernando Blvd. Burbank Fire Engine 11 arrived on scene to find a vehicle that had jumped the curb and slammed into Wing Stop and the UPS Store adjacent to it. The 87 year old driver and his passenger were not injured and no customers or employees workers inside either store were hurt.

Workers inside the two stores reported they heard a screeching of tires coming through the parking lot, and when they looked out front the vehicle had come to a stop just in front of the sidewalk. Seconds later the SUV suddenly accelerated and crashed into the building where it then finally came to rest. Burbank PD is still in the process of fully investigating as to what caused the accident.

A representative from the building and safety department was requested to check the structural integrity of the two stores.

There was no word yet on the amount of damage that was caused by the accident. 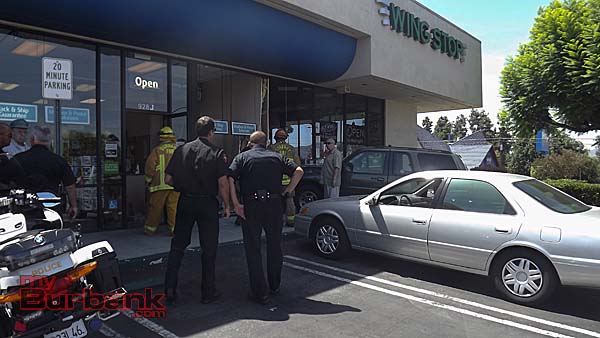 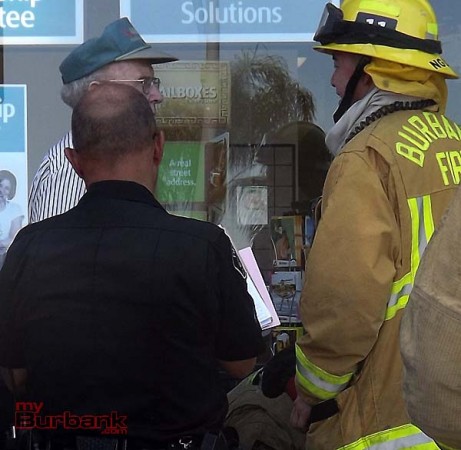 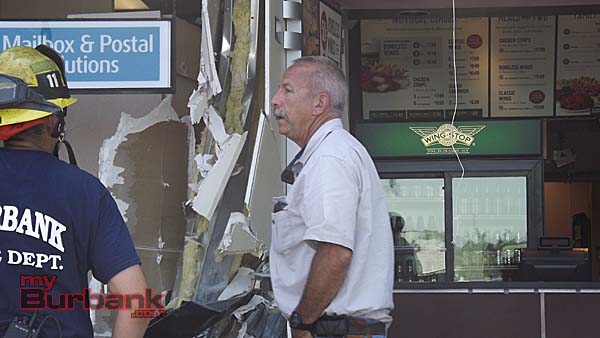 A Burbank building inspector looks over damage with firefighters. (Photo By Nick Colbert)