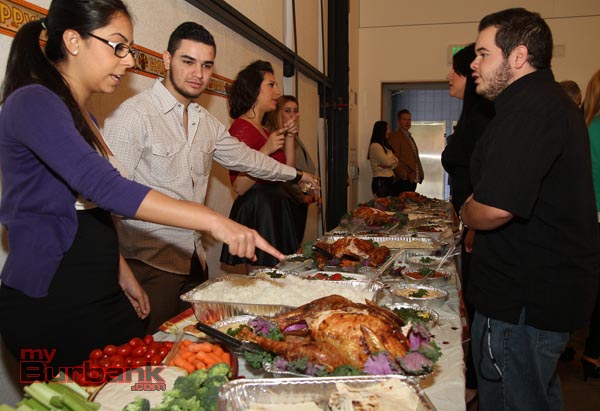 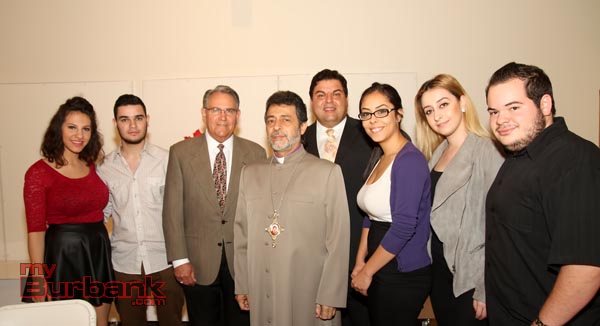 During the blessing, Archbishop Derderian prayed for the victims and survivors of Typhoon Haiyan and the tornados in Illinois. He encouraged the community to support relief and rebuilding efforts.

Dean of School of Business,Dr. Andre van Niekerk delivered a message of hope from Woodbury President Dr. Luis Calingo, who along his wife Gem arrived in Manila the same day that Super-Typhoon Haiyan struck. Witnessing firsthand the devastation, Luis and Gem are asking the community to join them by donating to the relief organizations or donating clothes and unexpired prescriptions to the donation center on campus.

Donations are being accepted at the Woodbury campus, which is located at 7500 N. Glenoaks Blvd. For more information, visit the university’s information page on the typhoon at communication.woodbury.edu/philippines-typhoon-victims/. 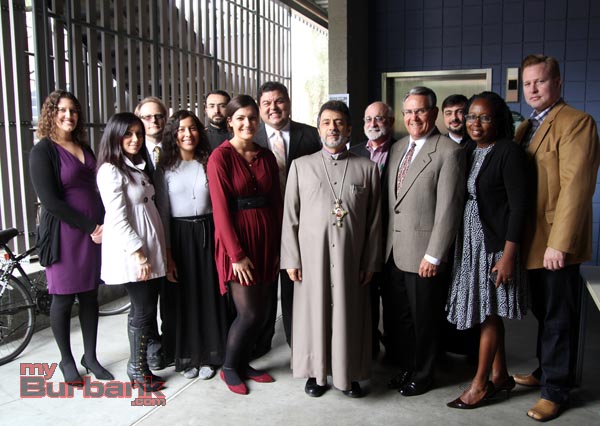