Selling one’s home and moving into an assisted living facility can be a frightening experience for seniors. Helping their residents make a smooth transition is Vintage Senior Living in Burbank.

“While people are apprehensive to move here, once they get here, the residents realize they are able to write new chapters in their lives,” said Executive Director Robert Goldberg. “Look around the building. People are enjoying themselves. Many of them feel that they are living in their home but it’s kind of hotel living in their home and that’s exactly what we try to provide.” 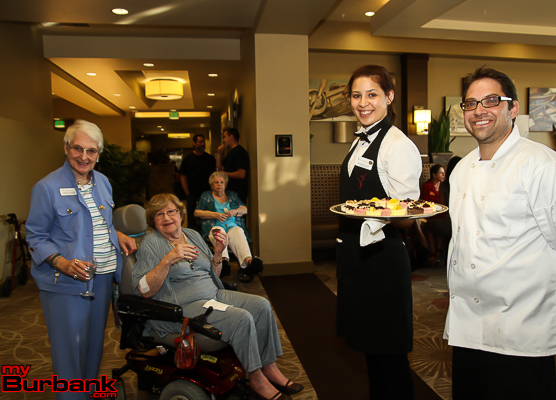 Seniors enjoy comfortable apartments with kitchens or they can dine with fellow residents in the lovely appointed dining room where they are served three chef-prepared meals a day. There are acting, writing and art classes and movie nights in the facility’s theater with plush seating and popcorn. Residents are driven to doctor appointments or leisure excursions like shopping, restaurants and Joslyn Adult Center.

One resident’s son believes moving his mother to Vintage will extend her life. Otherwise, she would be sitting at home alone just watching TV and not eating regular meals or spending time with people her own age, he said. At this time of life, seniors should be enjoying their lives, he added. 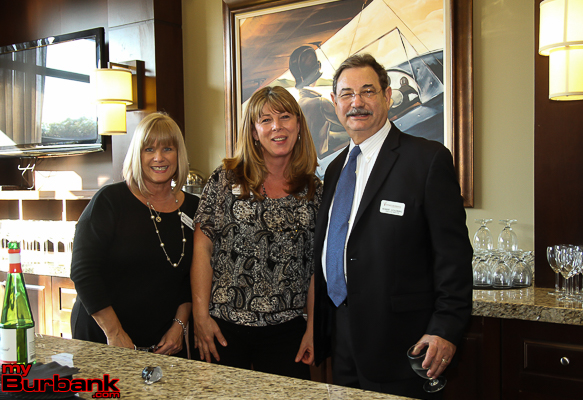 Vintage celebrated its fifth anniversary in Burbank with an open house on Wednesday night. Residents and guests socialized and participated in a silent auction benefitting Burbank Temporary Aid Center. Staff circulated with platters of shrimp, stuffed mushrooms or bruschetta. 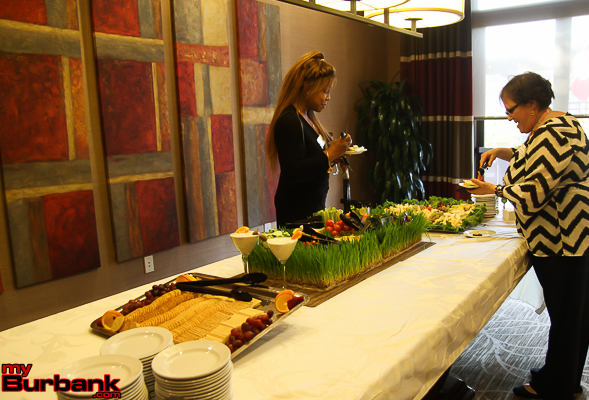 Seven years ago, the Vintage chain purchased the property and the building went through a two-year remodeling project. Today it is full to capacity and there is a waiting list to get in, said Goldberg, who is starting his third year at the facility.

“I absolutely love it!” he said. “We have a great care staff. We have a very good maintenance staff. The food you are seeing served tonight is the same food we serve our residents. So you see the shrimp dishes, the stuffed mushrooms and cheese plates we have. The cheese plates are exactly what we serve our residents during happy hour. We have a great chef.”

Vintage prides itself on developing its staff so that they can develop a more rewarding life for their residents, and a perfect example is the progress of Nicole Abou-Chakra, Goldberg said. She started as a receptionist two years ago and has worked in every department since then. She’s now the sales and marketing director and has made great strides in getting Vintage to the high level of service it is today.

“She believes in what she does and we are very proud of Nicole,” he said. 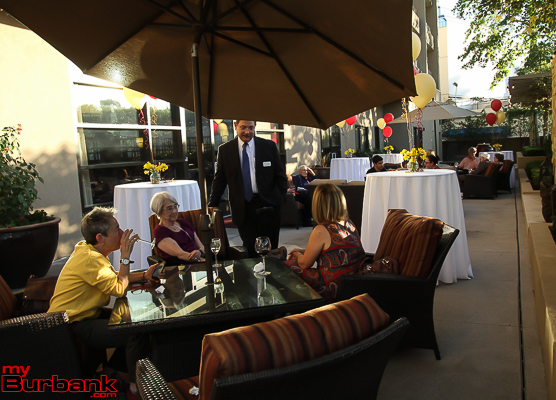 The first is called “Memories in the Making” and is a program returning to Vintage. It’s sponsored by the Alzheimer’s Assn. Vintage’s Program Director Jamie Michaels and Activity Director Krista Cheshire have become certified in this program.

“We sit down with a group of people and talk them through their thoughts,” he said. “We get them to take what they are thinking and put it to paper and some of the things that come out of it are phenomenal. And with that they will tell us a story.”

One man, who had gone on a trip to Australia, painted a boat and himself holding a hot dog. In the man’s talk with Vintage staff, he said the first thing he did on the trip after he got off of the boat with his friends was purchase a hot dog.

“That was just a great memory for him and it’s just absolutely wonderful,” Goldberg said.

This service is also offered in the Recollections department of the facility for its residents afflicted with Alzheimer’s and a variety of different types of dementia.

The second new program is conducted by Activity Director Krista Cheshire who just became certified in tai chi so she will be teaching the practice to seniors. 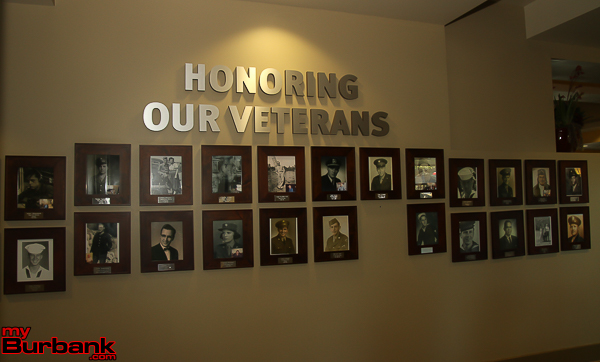 Resident Audrey Hanson, a former member of the Burbank School Board, has been living at the facility for almost four years. As the Resident Council president, she meets once a month with management and voices residents’ concerns.

Hanson is also an ambassador for new residents and helps them make the transition from living alone. She has several meals with them and introduces them to other residents. As the tables in the dining room are for four people, she finds compatible dining partners for new residents as well.

“I get residents asking me questions about everything under the sun” she said. “I feel that I have a focus on helping people.” 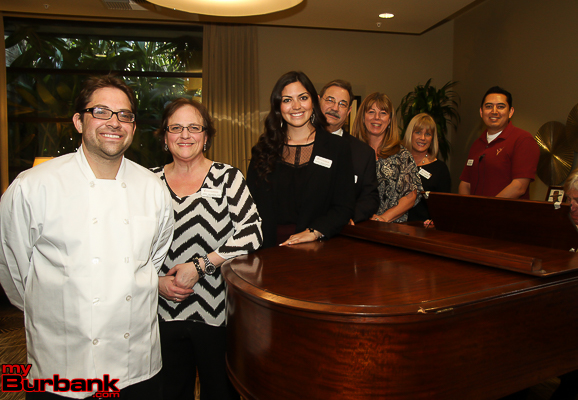 Brothers Jim and Gary Pantaleo and several family members were visiting their mother Angela, 92, during the open house. They like that she has lots of activities to participate in and that she receives the care she needs.

“She has camaraderie and there is always something going on,” Jim Pantaleo said.

“I think one of the key things is the safety factor — knowing that she is cared for throughout the day and night,” Gary Pantaleo said.

Angela likes to participate in dancing, card games and bingo.

Conklin Bray, 96, has been at Vintage Burbank for more than a year. 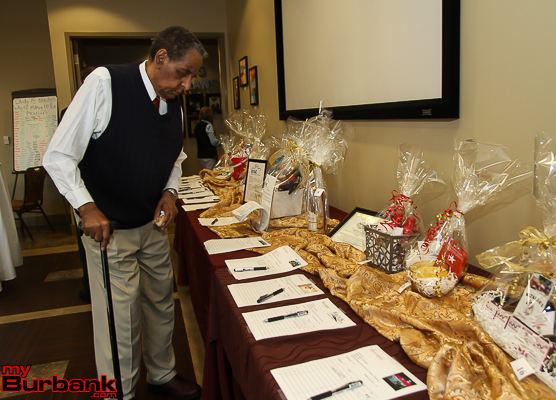 Resident Conklin Bray looks over some of the silent Auction being offered. (Photo by Ross A. Benson)

“I went away for about eight days to visit relatives and coming back was a real pleasure — like coming home,” he said. “I have friends here. I enjoy the room and the activities here.”

He plays Scrabble online with about 18 people, including family members — which he calls his committee — and friends across the country.

“I’m in an acting class and we plan to have performance in the future,” he said. “What I like about it is that you aren’t so concerned whether other people will like what you do.”