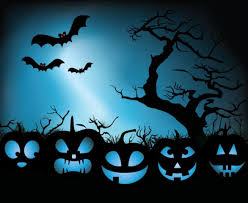 Did you know that some of the scariest Horror movies ever made were filmed right here in Burbank on the Warner Bros. Lot? This Halloween, for the first time ever, the Warner Bros Studio Tour is inviting you in to see where they were filmed those nightmare inducing movies with a special two-night tour.
On Friday, October 28th and Saturday, October 29th, the Horror Made Here Tour will take you to the exterior sets and stages for “The Exorcist”, “The Lost Boys”, “Gremlins”, “House of Wax”, “Monster Squad” and “Whatever Happened to Baby Jane”, to name a few.
Then as a nightcap they will be showing “The Conjuring” on the first night and “The Conjuring 2” on the second one. All to be topped off with movie-themed treats and the chance to see the Annabelle doll up close along with other iconic items inside Stage 48.
Sounds like a night to remember for any Horror fan and the $75 price tag is not terrifying. Tickets go on sale September 17th, so get them while they available.
If you have a Halloween event or know of one coming up, send me an email.