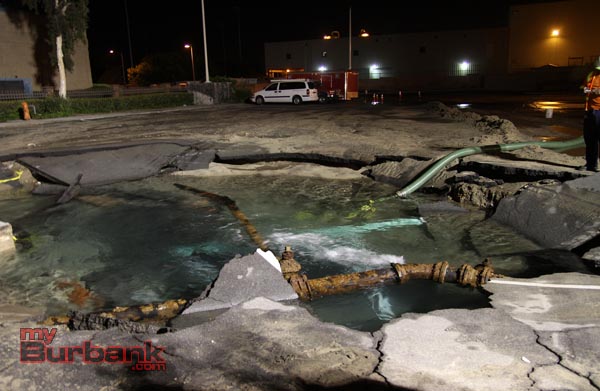 A large sink hole forms after being caused by a broken water main (Photo by Ross A. Benson)

The Burbank Fire Department responded to its own Fire Training Center on Tuesday afternoon after several reports of water flowing into the streets from inside the complex. 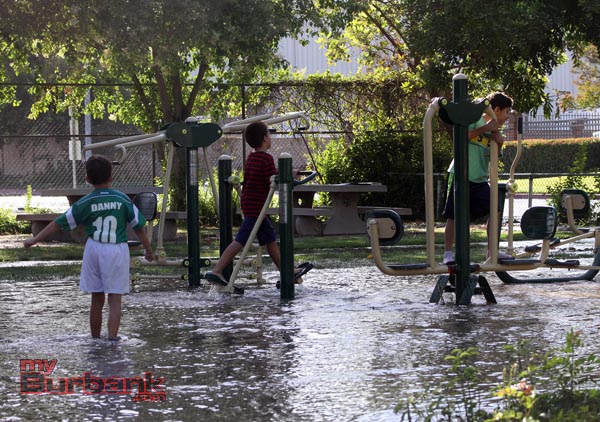 Fire units arrived on scene to find thousands of gallons of water flowing down Ontario Street and into several streets around the Center.

When Firefighters made entry into the Training Center property they found what appeared to be a large sink hole forming with water going everywhere including into their training classroom and smaller office on the property. 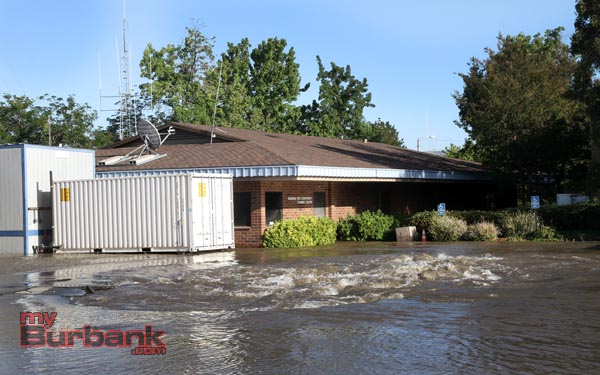 Emergency calls started pouring in to the Burbank Water Department and other facilities, and everyone that could assist in controlling the flow of water. Several large water mains leading into the grid needed to be shut down until the flow stopped. Residents on Ontario Street and some on Fairview Street lost water service through the night until repairs were completed.

While city crews worked on controlling the water flow, residents nearby played in the curb to curb water, some setting up lawn chairs like they were at the river. Kids even tried to surf in the waves of water. 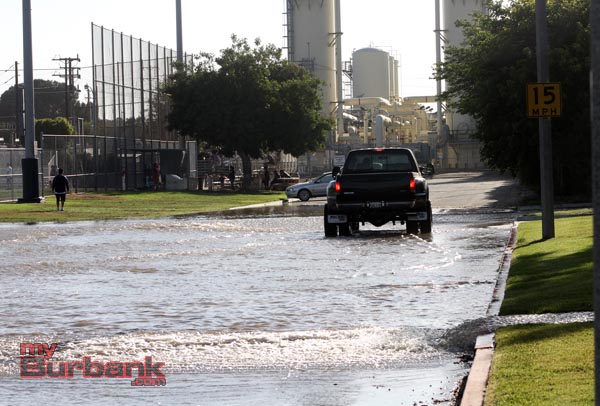 Damage to the Burbank Fire Training Center, which is also the city’s Emergency Operations Center, is still being calculated along with the amount of damage the broken water main caused.

Burbank Water Department spent the night repairing the 12-inch main, along with other valves that required emergency repairs. Other crews vacuumed and sucked up water from inside the Training Center.

Burbank Police controlled traffic on the affected streets, and the Burbank Battalion Chief set up a unified command for all city departments to work through until the emergency situation was mitigated. 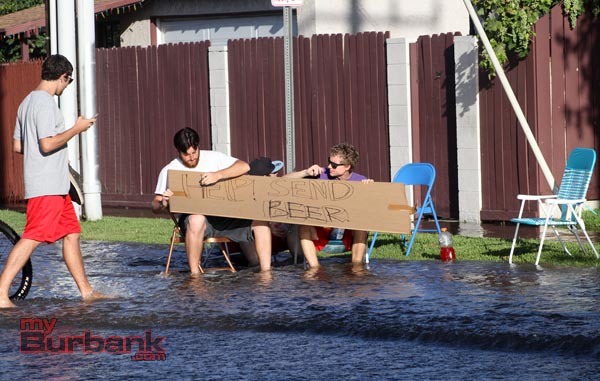 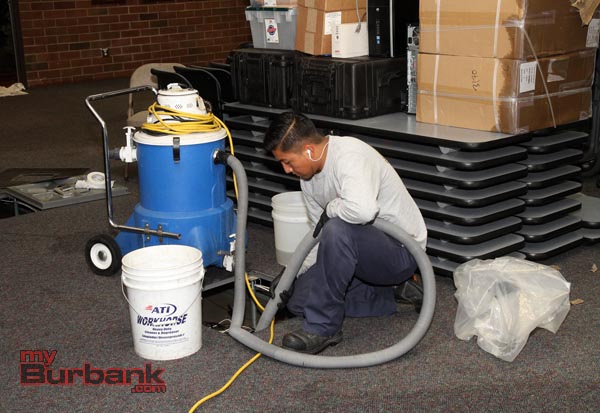