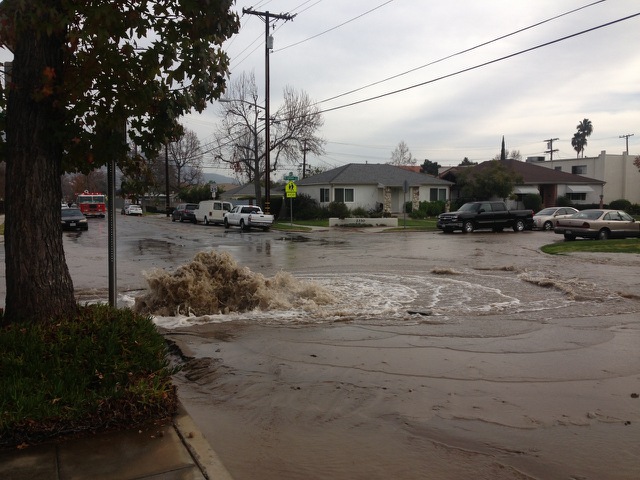 Water continues to flow from a broken water main at Brighton and Winona )Photo Courtesy of Burbank Police Dept.)

Once on scene, they found that appeared a water main had broken and create a large sinkhole

There is a large hole and the intersection is closed to all traffic.

City of Burbank Public Works personnel are on scene evaluating the damage. Due to the damage, the intersection is expected to be closed for 24-48 hours.