“The Burbank community has been waiting for Whole Foods to open [a store] for a number of years,” said Store Manager Dave Aebersold a long time Whole Foods Market employee. 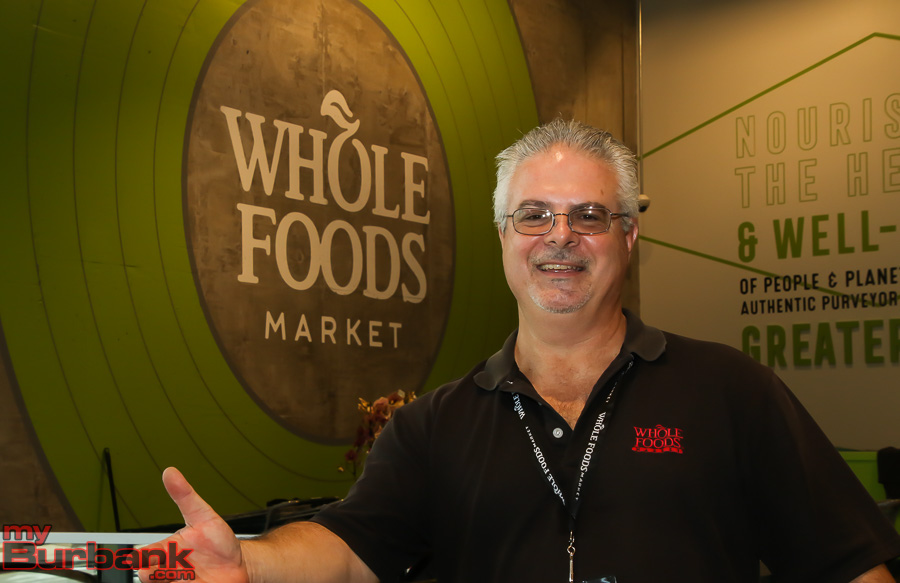 The new market is busily readying itself for the grand opening.  The voluminous store, 42,000 square feet, has an overwhelming variety of produce, food, drink and even a restaurant and bar.  In addition to the standard market fair: milk, eggs, bread, there are specialty food sections with names like Grab-and-Go and Summer Party Hits.

Love for Local is the produce section which will offer a bounty from over 400 local growers in California, including Bakersfield and Santa Barbara, and Whole Foods always tries to purchase organic.

“We try to get micro local, so we deal with folks like Weiser Farms that is in Tehachapi. That’s one of our big suppliers,” Aebersold said.

Whole Foods will offer a variety of products in vegan, glucose free, and non-GMO selections.

“One of the great things at Whole Foods Markets is we tag, so you can see if it’s organic, if its local, or if it is gluten free,”  said Aebersold.  “It’s just to help a lot of our shoppers who have diet or nutritional needs.” 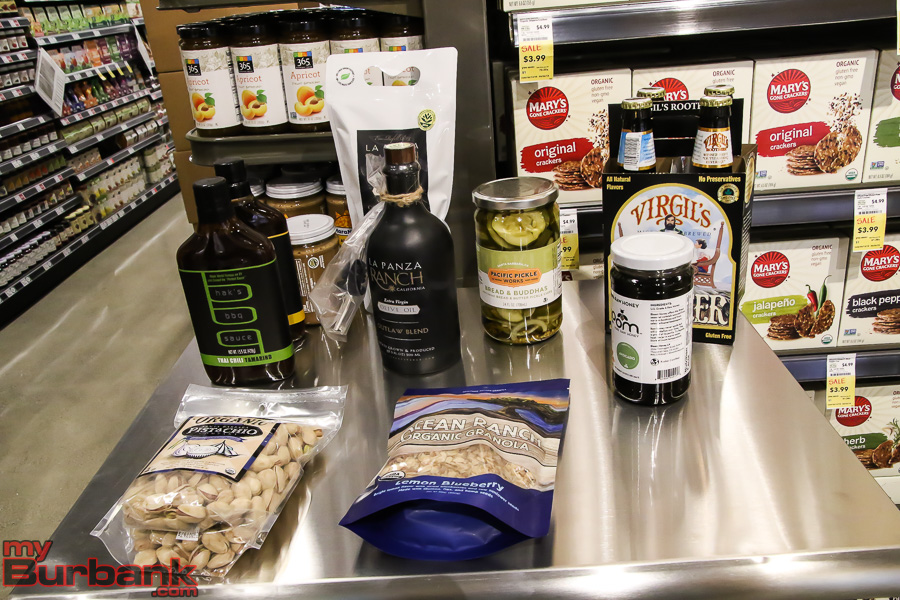 There will be a dizzying array of foods from local producers such as honey from Thousand Oaks, olive oil from Santa Margarita, and chocolate from San Diego.  Summer Party Hits, the cheese section, has more than 600 types of cheeses.  The liquor department has 1,200 types of wine and spirits, including 471 different beers.  In house made pork and salmon sausages, and smoked and barbecued meats will also be available.

For shoppers who would rather eat out than eat at home, take away meals are available from the Grab and Go section.  Four different hot food bars will be offering seasonal food with various selections such as Greek or Peruvian.  Guests will be able to choose from the pizza, salad, sandwich, and taco food stations and from a vegan food bar.

The newest Burbank bar and restaurant will be Whole Foods’ Stage 71. The eatery, with outdoor seating and a wide view of the Media District, will serve customers everything from burgers, tacos, chicken wings and even vegan sushi.  They can also watch a game on one of the several large flat screen TVs.

“Obviously being right across from the studios, there is going to be a huge clientele for lunch and dinner,” said Aeversold. 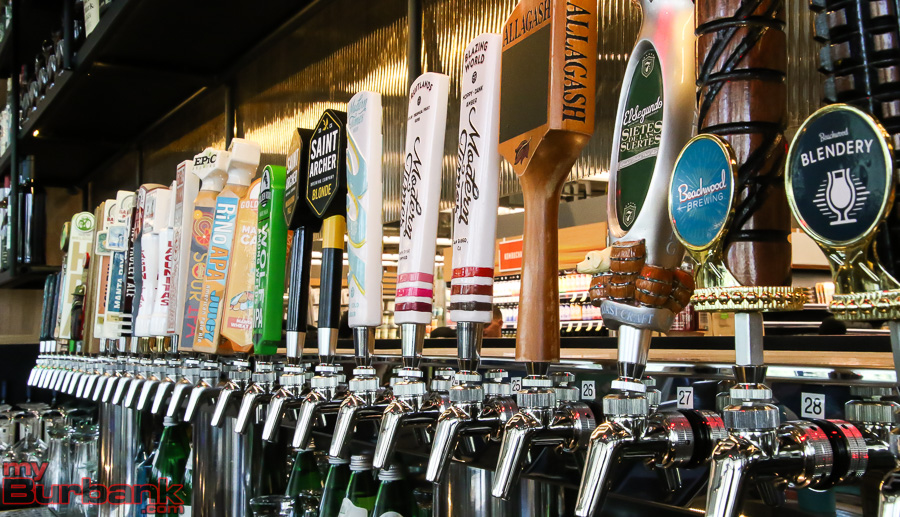 Happy hour will be everyday from 3-6 p.m.

The Whole Foods Market will have 250 employees including several local Burbank workers.

The grand opening will be Wednesday, June 20 at 9 a.m. and store hours after that will be 7 a.m. to 10 p.m. daily. Whole Foods is located at 3401 W. Olive and has a large parking lot, below the soon-to-be-finished Taleria project, including many stalls with electric charging capabilities.

Check out the gallery of pictures click on any pictures to enlarge it.

Note: An update regarding Amazon Prime (Benefits and Now) was edited at 11:30.