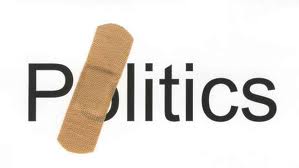 The Board of Directors of Leadership Burbank is proud to announce “Why Politics is Broken and How to Fix It,” a conversation led by Dan Schnur, Director of USC’s Unruh Institute of Politics and former Chairman of the California Fair Political Practices Commission. The event will be held at Woodbury University, Woody’s Café, 7500 N. Glenoaks Blvd. Burbank, CA 91504 on Wednesday, December 4, 2013 at 6:30 p.m. Admission and parking are free.

“Leadership Burbank’s mission is to inculcate positive leadership. Unfortunately, we live in a time when many believe that our political leaders are at an impasse, the dialogue has deteriorated, and little constructive is getting done. Yesterday’s action, of limiting Senate filibusters of nominations, shows the level of distrust” said Lee Wochner, President of the Leadership Burbank Board of Directors and CEO & Creative Strategist of the Burbank-based marketing agency Counterintuity LLC. “I’m as frustrated as anyone else, and I look forward to hearing from Dan Schnur what can be done to address this troubling situation.”

In addition to producing free events for the pubic, Leadership Burbank is a community-based organization that offers a nine-month leadership training program for people who live or work in Burbank. Through a hands-on curriculum, leaders and emerging leaders have the opportunity to enhance their personal and professional skills, gain a deeper understanding of community dynamics, and build a network of colleagues and associates throughout our city.

“Politics is too important to be left to the politicians,” said Schnur. “If we’re going to move beyond the hyper-partisanship and polarization that has led to gridlock in government, it will require public-minded citizens to step forward to fix a broken system of politics.” said Schnur, who also served as Chief Media Spokesman for California Governor Pete Wilson and as the Communications Director for the John McCain’s Presidential Campaign in 2000. “I look forward to joining a conversation with Leadership Burbank and members of the general community about how to make politics work again.”

What factors have created our current situation and what solutions are necessary to fix a broken system? As our political system becomes increasingly polarized and hyper-partisan, it has become increasingly difficult for our elected leaders to accomplish the basic tasks of governing and increasingly frustrating to more and more voters. Why has our political system devolved to its current state? Why are our leaders no longer able to cooperate to take on our state’s and nation’s public policy challenges? And what can concerned and angry citizens do to fix a broken system of politics and government?

Admission and Parking are Free