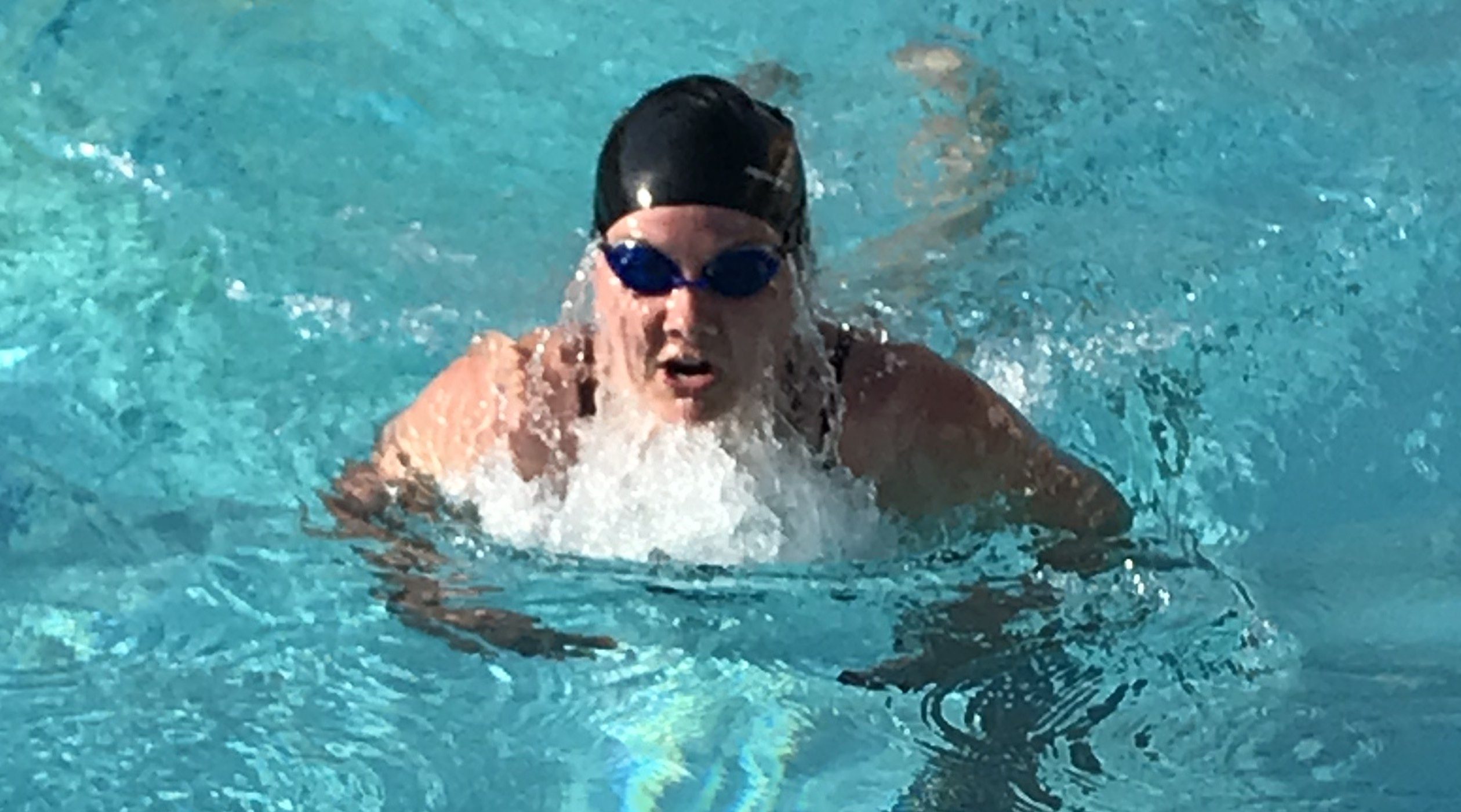 Burroughs High sophomore Maya Wilson isn’t sure what her best swimming event is.

One thing she does know is that she enjoys setting school records.

“I’m trying to break some more records. It’s fun to just swim different events. I enjoy the strokes, sometimes,” said Wilson, who is a freestyle specialist. “It’s nice to see how I can push myself each year and improve my times each year.”

Wilson set a school record in the 100-yard butterfly, winning in 59.68 seconds.

A distance swimmer, Wilson isn’t sure if she wants to focus more on the 200 freestyle or the 500, which is the longest distance swum at the high school level.

The 200 free relay team of Wilson, Skrabak, Orozco and Emmanuella Nathan won in 1:56.

For the Burroughs boys’ team, junior Reigh Abaoag won a pair of individual events and was on the winning 200 free relay that finished in 1:42.

He was joined by Arthur Eldridge, Daniel Marinero and Nathan Gault-Crabb on the relay victory.

“We have guys who are really passionate about getting their times down,” Burroughs coach Jacob Cook said.