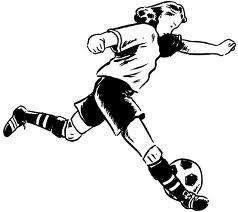 Somewhere along the soccer sidelines February 10, another baseball enthusiast familiar with Yankee Hall of Famer Yogi Berra, known for his unintentionally funny comments, will be echoing the classic line;

“It’s Déjà Vu all over again.”

Burbank girls soccer defeated Burroughs February 9, 4-0, to not only split the season series with the Indians but to secure that both teams finished the league campaign with identical 7-6-1 marks. The Pacific League constitution calls for a one game playoff to secure the final playoff spot, meaning the two teams must clash again less than 24 hours after the ‘Dogs blasted the Indians on Thursday.

Burroughs played the contest without three players who had been suspended for school after accusations they had posted inappropriate comments about members of the Burbank team on a social media site.

The players are not expected to play in Friday’s contest either, Burroughs officials confirmed, because their suspensions from school go through Friday.

Burroughs had topped Burbank, 2-1, on January 20 in a match halted with time left on the clock after a bench-clearing altercation and a series of ejections.