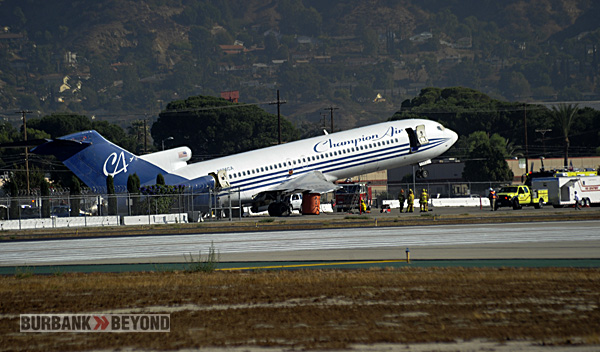 It was reported that there were four mechanics on board that were working on the plane for a possible photo shoot, when the plane started  to pop a ‘wheelie’.  Fire units had to help the four people out while keeping the plane from straightening up again.   An inflatable unit was used to keep the plane in position during the rescue.    No injuries were reported.